Our last day in Tofino was such an amazing day! The last time I posted we were getting ready to head to town for a walk around and whale watching tour! And I'm happy to report that we did see whales...but sadly no orcas. :(

Since I've been here in the Pacific Northwest I've gone on a couple whale watching tours (including one from Seattle and the one on the Alaskan Cruise). But each time I've been out I haven't seen the one thing I've longed to see in the wild...an orca. These amazing whales have eluded me each and every time I've been on a whale watch. And this trip proved to be the same way. :(

After walking through the galleries in Tofino, we went back to the same place we had dinner the first night. We enjoyed lunch, watched people get back from a fishing excursion and clean their catches on the docks then made our way to the place we were to check in and board our boat for the whale watching. I made sure that Michael booked us on a LARGE boat, because a small rubber raft was not my idea of fun out on the ocean! Call me crazy!

It was a sunny day in Tofino, and one of the ladies who works on the boat said that this was not normal Tofino weather! So we apparently brought the warm weather with us from Seattle! :) As we headed out into the ocean I was super happy that I had on jeans and my jacket because it was a bit chilly as we were cruising through the open waters towards the feeding grounds. When we arrived to the feeding area, we were almost instantly greeted by a grey whale! Apparently earlier that morning they saw a few humpback whales as well as grey whales.

We spent about an hour floating in this area and watched as 3 or 4 whales would surface, take a few breaths, and then dive again for food. I managed to snap a few pictures, but sadly the whale never lifted it's tail above the surface for a dive. After spending some time watching these whales we moved on to another area where California Sea Lions make their home on this small rocky island. It was amazing to see the size difference between the males and females. One dominant male seemed to feel the need to prove to US in the boat that he was the boss. He made the showing by going from rock to rock and barking at the females there, all the while looking back at us to make sure we saw him. I can honestly say I would not like to meet one of these massive sea lions in the water face to face!

On our way back to Tofino we stopped by a place where Sea Otters were congregated in the bull kelp. Sadly they were quite a ways away, and we couldn't get near them in the boat because of the rocks. But I managed to snap a few pictures...even if they were a bit blurry. But we did see these cute little guys in Alaska on our cruise at a closer range. It's always amazing to see these animals in their natural habitat as opposed to behind glass in a zoo or aquarium.

All in all it was a fun three hours on the water, but we didn't see any orcas or humpback whales. After the cruise we headed to the store to buy things for dinner. I decided that for our last night in Tofino I'd make dinner at home. I grilled steak, asparagus, potatoes and zucchini. We shared two bottles of Ledson wine that we brought with us. You know...two of the bottles that caused me to almost break down at the border! LOL

After dinner we made our way out onto the beach to watch the sunset. This trip was such a quick one, but we had the best time ever. We slept with the sliding glass door open so we could hear the waves, but in the middle of the night I had to close it because I had a dream about a black bear coming into our cabin. LOL. I didn't want to tempt fate any longer, so we closed it! :)

Yesterday we decided to catch the 12 PM ferry out of Sidney, BC to come home. This meant we needed to be up at 4:45 AM and out on the road no later than 5:15 AM. We managed to be on the road at 5:05 AM and made our way through the quiet, foggy mountain passes. Once we crossed through the pass and into Port Alberni, it was sunny and gorgeous out. We managed to make it to Sidney in about 4 1/2 hours! I had us about 1/2 hour ahead of schedule, which we were a bit vexed by thinking we could have slept in a bit more! Oh! And we counted the stop lights on our way back...and over 86 miles we hit 43 stop lights! That's one stoplight every TWO miles on average! Do you see why I was irritated on my way there? Luckily on the trip back we managed to make most of the lights.

But back to arriving in Sidney...we were happy to get there early because it was Canada Day yesterday, and shortly after we arrived, they had a parade that shut down many of the main routes to the ferry terminal! **Phew** So it definitely made us feel better about leaving as early as we did. After getting our tickets for the ferry, we had to head through *gulp* customs. Much to my delight, the official was a woman who looked like my Aunt Leticia! When we pulled up she asked for our passports, and asked where we were headed. After telling her where home was and declaring anything we had with us I told her that she looked like my aunt, and she said, "I hope that's a good thing!" And I said, YUP! I love my aunt! She smiled and said, "Well THANKS!" And she wished us a good trip home. YAY! The worst was over! Or so I thought!

When we were close to arrive in Anacortes they announced that we'd have to go through U.S. Customs after disembarking the ferry. WHAT THE HELL!?!? Why did we have to do this twice? Was the first one just a joke? Oy! Well when we were boarded on the ferry they forced us over to the left hand side which was fine. But upon disembarkation, they allowed everyone in the center off first even though they arrived at the ferry hours after we did! So this already set Michael off since he is big on things being fair. LOL

Well I seemed to keep it together until they funneled us into TWO lanes to go through customs (as opposed to when we went to Canada they had FOUR lanes! Lazy U.S. Customs!)! There happened to be a third lane to our left, which was closed and had cones all the way at the end by the customs booth instead of back where we entered the "holding area." We happened to be about 6 cars back in our lane...when all of a sudden about 12 cars went into the empty 3rd lane. The customs official motioned for them to get over to OUR lane! Now this is the point where The REAL Housewife of Snohomish County started to get quite upset.

The customs official walked up to the cars and motioned for the people in our lane to let them come in every other car. At this point I started to yell, "NO! NO! NO!" Well the people in front of me happily obliged, allowing these idiots who went into the wrong lane into our lane after we'd been waiting for almost 15 minutes. When it came time for us to go I REFUSED to let the people next to me in. Now normally I am a VERY courteous driver, Michael even says I'm courteous to a fault. But when there is such blatant inequity in something like this...it tends to bring out the bitch in me.

I placed my left hand up against my window to block their view of me, and I kept right on the bumper of the car in front of me all the way up to the Customs booth. I looked into the rear view mirror and saw the woman in the car behind me with a scowl on her face and pointing at us while talking to the guy who was driving. And I have to say that it didn't make me feel anything but satisfaction! So this took away all of my nerves before I arrived at the booth.

The official asked us a few questions, thanked us for our patience and sent us on our way! Ha! Seems like the way I need to make it through customs is to be in "bitch mode!" Then nothing phases me! :) So I'll have to keep that in mind next time we decide to travel to Canada! After that the rest of our trip was smooth sailing home. Although one thing I learned from this trip is that the people in British Columbia are horribly inconsiderate drivers! I know I'm making a generalization, but the drivers on this trip were awful!

We arrived to a house that was about 85 degrees in the mid afternoon! We opened every window in the house and turned on all the fans, desperately trying to cool the house down. By the time we went to bed it was down into the low 70s...which was a HUGE difference! We even pulled out the portable air conditioner for our bedroom to make sleeping possible. When I woke up this morning to get Michael off to work, the house was at 65 degrees! :) And now, even though it's in the high 70s outside, it's a lovely 68 in the house.

I hope you enjoyed our trip to Tofino! :) I know we sure did! I will try and get most of the pictures up into SmugMug so you can look at them if you wish! :) But here are a few pictures of the last day in Tofino! Hope you enjoy them! And until next time...Keep Cooking! 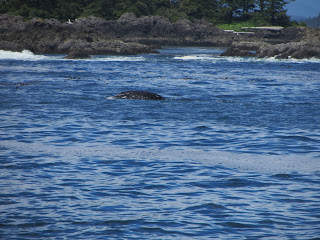 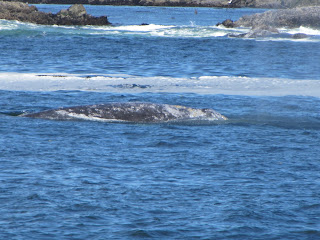 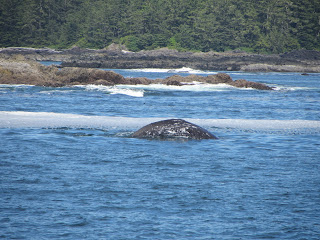 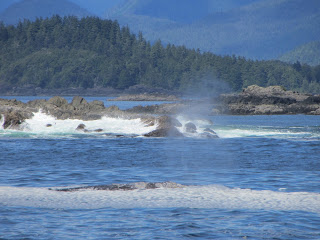 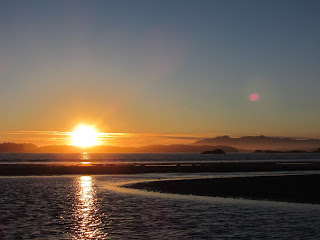 Posted by The REAL Housewife of Snohomish County at 1:27 PM