That's what Tofino seems to be for me. I still can't get over the sound of the surf hitting the beach literally outside out door. We have all the doors open right now, mainly because I set off the smoke alarm this morning...but to most people I'll say it's because we wanted to hear the waves. :) It's our little secret.

But back to Tofino...this trip seemed to come at the perfect time! I think it's about the same temperature in Seattle as it is on the surface of the sun right now. And if you recall, I've said many times that the good Lord built me for cooler temps. So I'll take this mid-60s weather over the high 80s any day!

Yesterday proved to be a very relaxing, go with the flow day. After Michael got up and showered yesterday we headed into town for breakfast. Now, after the wine from the night before I thought it would be great to have a little "hair of the dog" with breakfast. But the server looked at me like I had 10 heads when I asked if they serve Bloody Mary's. He looked so confused and asked, "You from the States?" I was like...yea. He then says, "How about a Caesar's?" Do any of YOU know what the heck that is? Well I sure didn't. So then I looked like the idiot when I asked him to explain that to me LOL. He said instead of tomato juice they use Clamato juice. Well I am not a fan of Clamato juice but I decided to bite the bullet and order it anyways. Much to my delight, and small bit of dismay, they don't start serving alcohol here until 11! Seriously? Oy!  Guess we aren't coming back here again. ;-)

But we had a lovely breakfast. At one point two bald eagles flew past us...literally 40 feet from us and quite low to the ground. They were screeching as they passed us, one even had a fish in its talons. It was really an amazing sight. Of course Michael had to say, "Wouldn't it have been funny if they flew right over us and it dropped the fish on your plate?" I didn't even have to respond to that comment LOL.

After coming back to our cabin, I laid down and slept for a bit. The sound of the waves is so relaxing, and it blocks out all the other sounds around us. Before I laid down though, we were planning our whale watching cruise for today, and the power went out! That helped me with the decision to nap, and convinced Michael to join me. :) After waking, we went into town to find some food. The power was still out, but the pizza place had a generator, so their business was booming! :) We took our pizza to go and sat along the waterfront enjoying the breeze. The culture here in Tofino is very much a "surfer dude" culture. If I didn't know any better, I'd think we were in California. This area is filled with board shorts, surf boards...and wetsuits!

After lunch we decided to take a stroll on the beach. As we walked out the back door we saw the fog rolling in off the ocean. I couldn't believe the number of people who were playing in the water, surfing, and just enjoying being on a beach! The fog made everything so beautiful! You could see ghostly shadows in the distance, and hear the voices and the waves. I managed to get some good pictures...well I think they were good! :) One of my favorite pictures is of this little boy who was standing at the edge of the water just staring at the waves as they came in. 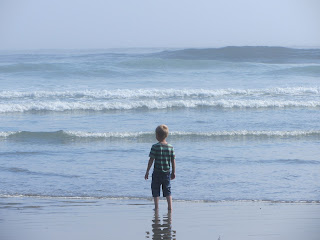 I don't know what it was about that...his parents were standing like 5 feet from his side, so don't worry he wasn't just randomly out there. And I was trying to take this picture without seeming like some weird guy taking pictures of all the kids! :-/  But I want to know what the kid was thinking. What do you think?

We made our way back to town later in the evening for dinner at a cute little place called Sobo. Michael had spicy seafood chowder, a salad and some scallops. I chose the 1 of 2 meat options...bison. I had bison one other time and wasn't a fan of it because it was quite bloody. And this time proved to be the same. While it was flavorful, it was still a bit chewy, and there was a decent amount of blood in the plate. But I did my best at eating it.

Yesterday was such a relaxing day and it ended with us watching a sunset. Well the clouds over the horizon were pretty thick at water level, so we didn't get to see the full sunset. But hey...it worked for us!

Last night after getting into bed, Michael had to get up and use the restroom. On his way back to bed, he had to ask for help. LOL. Michael doesn't have very good night vision, I on the other hand seem to be part jungle cat. On his way back from the bathroom (a straight shot to the bed) he managed to veer to the left and ended up at the coat rack on the wall. I give it to him that in that corner it was pitch black, so he had NO clue where he was. All I heard was, "Um...I need some help, I'm lost." LOL I grabbed my phone and turned it on so the light would shine, leading him safely back to bed. :) It's the little things like that that get me through the days!

Day 2 of our mini-vacation was great. :) I can't wait for our whale watching trip today! I hope you all are doing well, and if you are in Seattle...STAY COOL!!! I'll try to stay warm since it's a bit chilly here. ;-)

Here are a few pictures from yesterday. :) I hope you enjoy them! And until next time...Keep Cooking! 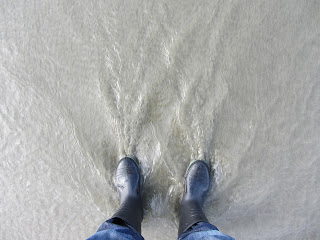 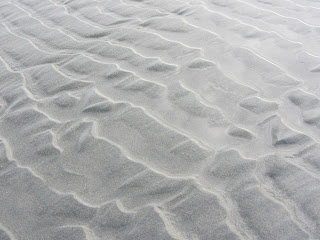 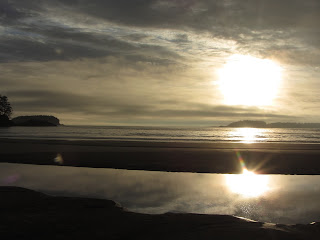 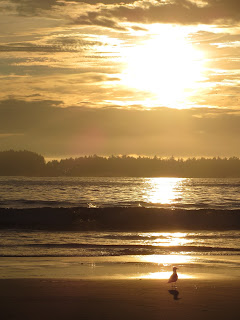 Posted by The REAL Housewife of Snohomish County at 9:58 AM