To Tofino and beyond!

Yesterday was one of the longest days in quite some time for us! We woke up at around 5:15 AM to embark on, what would become, a 13 hour journey. All of this to get to a place called...Tofino. Where the hell is that, you ask? Well I had no idea either! But after looking it up on a map, it's on the western shores of Vancouver Island.

We boarded the 8:25 AM ferry from Anacortes to Sidney, BC, via Friday Harbor. It was a bit of a foggy ride, but in all honesty...it was quite beautiful. Its hard to explain how beautifully mysterious the fog can make everything it touches. For most of the ride through the San Juan Islands, the islands peeked through the fog, the trees seemed almost fake as you looked at them through the haze. The ride was quite beautiful to say the least.

After a brief stop in Friday Harbor, we continued on to Sidney, BC. Going through customs is never a fun thing for me! Seriously, I felt like I was hiding drugs or something in the car. I was so nervous that I was sweating profusely. What did we have with us? Well, three bottles of wine, some sprite and a couple of vitamin waters. Why was I so nervous? I don't know, maybe because this guy with guns strapped to his hip had my passport and was grilling me. Trying to trip me up and lie about something that he could nail me with! Even though I was the driver, I let Michael do most of the talking! LOL I thought it better that way!

After I made it through that without being thrown in the slammer for bringing vitamin water across the border, lol, we made our way to Butchart Gardens. They charge $30 Canadian per person to get in...HIGHWAY ROBBERY! Seriously. But that being said, the gardens were gorgeous. The flowers were so vibrant in color it blew me away. We spent about 2 hours there before deciding to make the rest of the trip to Tofino. We had no idea what was in store for us.

The trip seemed to take about 40 hours to get from Victoria to Tofino. In all reality I think it's suppose to be about 4 to 4 1/2 hours. But on the highway we were traveling on, seriously there was a stop light every couple of miles! And it seemed like we hit EACH ONE! By about the 400th stop light I was quite over the drive. Then we got into the mountains and it started to pour. I was white knuckled on that steering wheel for most of the time through the mountains! But at around 7 PM we pulled into the place we are staying. And I realized then, that the drive, as hairy as it was, was worth it.

We are staying at the cute little place that is literally on the beach! Right now as I'm typing this we have the sliding glass door open and I can hear the waves breaking on the sandy beach. The sound of the waves washed over us last night as we fell asleep. And even though I woke several times in the night, it wasn't hard to slip back into blissful slumber! Wow, that was cheesy! LOL

Last night we took a walk on the beach and it was sprinkling a little bit and the wind was blowing, but it was so beautiful. The tide was out quite far so we were able to walk out to this little island that is normally surrounded by water. And as I was looking around I noticed an enormous eagle's nest in the tree and the eagle sitting nearby. What amazingly majestic birds! We continued our walk and then decided to head into Tofino to get some dinner. Steak and beer was on my menu! :) Our view from the table was of the docks and all the fishing boats. It's such a foreign world to me (even though I live in Seattle). The life of a fisherman has to be rough.

As we were sitting there Michael said that this area reminds him of when we were in Sitka, Alaska on our cruise. It's so true! In the bay all the islands jutting up into the air, covered with trees and rocky outcroppings. It's so peaceful here, but you can't help but feel you are a million miles away from civilization! Being in Canada, we have no cell service...which is odd! I'm used to waking up and checking my e-mail in bed, and replying to messages. Here though we are forced to just listen to the sound of the waves. Horrible, right? ;-)

I'm not sure what we have in store for today, after staying up until almost 1:30 AM drinking wine and talking...we slept in quite late...for us! LOL I went for a stroll on the beach this morning while Michael caught a few more winks. Michael just got out of bed a few minutes ago and said, "Man I could sleep all day listening to the sound of those waves." He said this while wiping the sleep from his eyes and the drool from the side of his face. He slept good! LOL

Well I have a ridiculous amount of pictures!! I may end up just creating another folder on my SmugMug account so you all can view them all or just a few at your leisure. But before I go, I'll share a few with you! :) 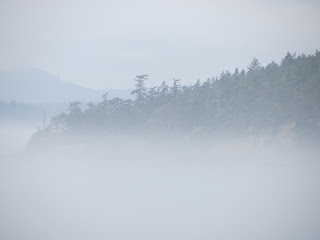 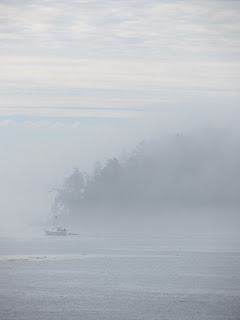 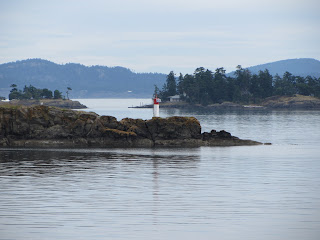 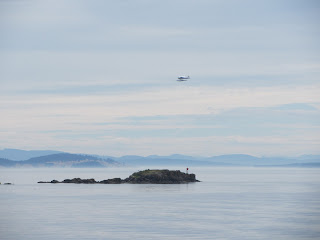 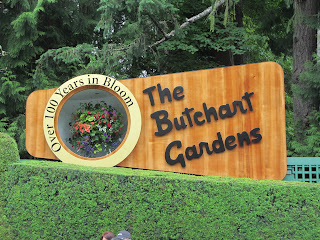 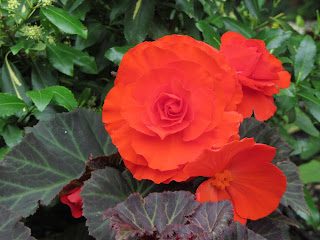 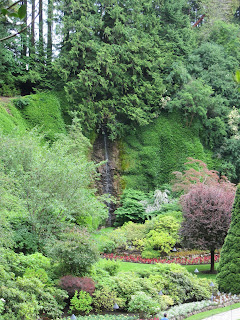 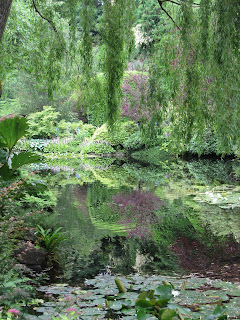 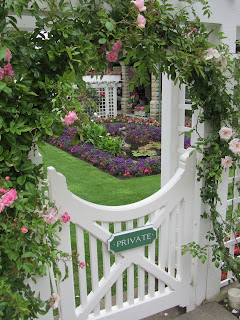 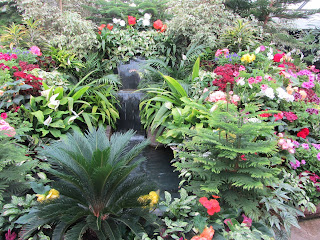 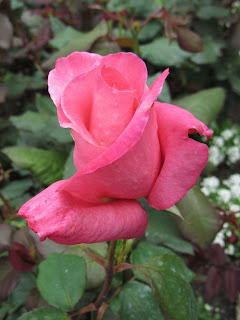 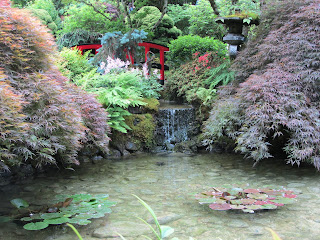 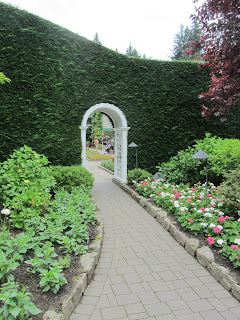 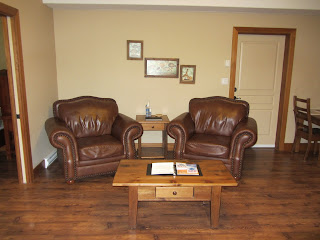 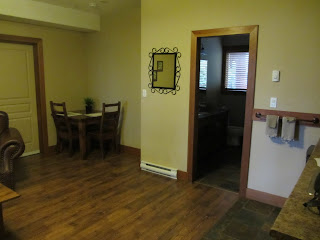 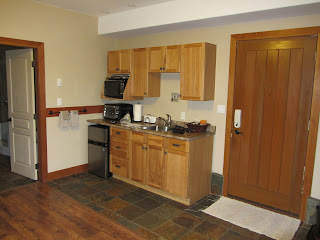 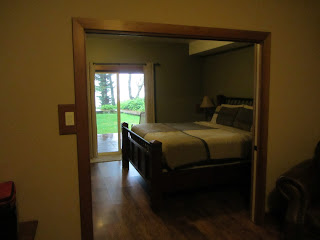 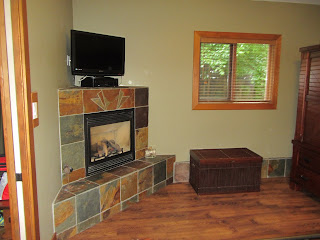 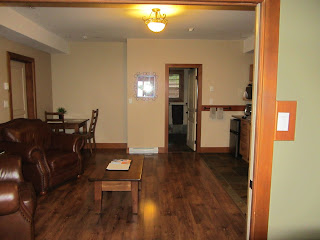 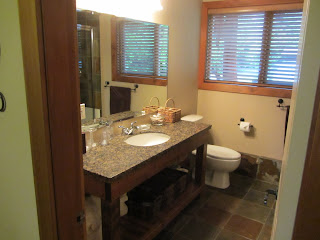 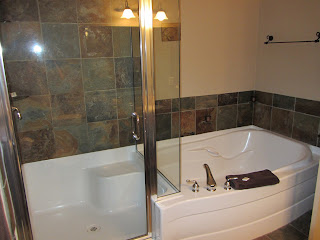 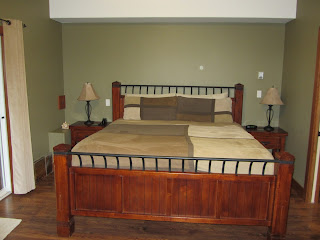 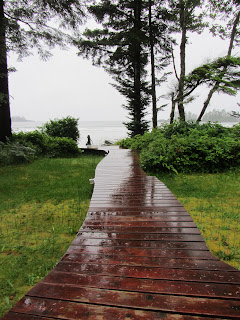 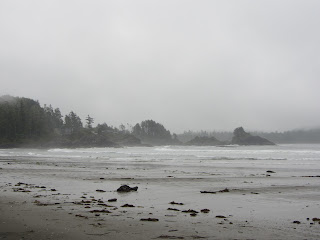 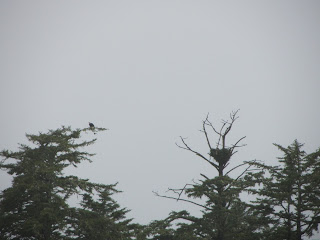 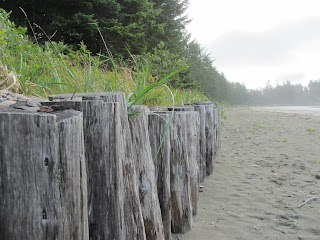 Hope you enjoyed the pictures! There will definitely be more to come! So until next time...Keep Cooking!
Posted by The REAL Housewife of Snohomish County at 9:50 AM