We've been in our home for almost a year and a half...and we've finally reached the point where we are ready to start the remodel that we've been planning since we first walked in.

When we first purchased this home back in early 2014, we did it with the understanding that we'd be saving up our money to remodel the kitchen along with removing the wall between the kitchen and living room. Well folks...we've finally reached the a point in time where we are financially and mentally ready to take on this process!

Doing any remodel is something that is extremely stressful...and each part of it is stressful in its own way. We started this process back during the summer by setting up and interviewing contractors. Michael used Angie's List to find five contractors...and then I set to work calling and setting up the interview/bidding process. Out of the five...four responded, and I got to work booking the days for them to come out.

Out of the four, three were general contractors and one was a design company that would sub-contract out the work. One of the contractors did not sit very well with me. He kept asking, "Well how deep are your pockets?" Which is not the way to tell someone that yes what you want is possible, but it may cost a little more. So in my mind, he was already out of the running. While we liked the lady from the design company, we didn't feel she was the right fit for our project. So that left us with two contractors.

Out of the two we really liked the first one we met, and were quite excited to get his bid. However, he fell quite short with the bid, and his attitude really showed. This was reflected in many of the reviews that were left for him on Angie's List...and he responded to each and every one of those negative ones...with not so nice responses.

This left us with the contractor we ended up going with. A local contractor out of Everett, who is not just the owner of the company, but he works on each job. His bid was quite detailed, which appealed to Michael's Type A personality. And after accepting his bid, he told us what we needed to get done in order to get onto his calendar. So we set out to pick out all our appliances, the counter-tops, cabinets, flooring and back splash. After that was completed, we were added to his calendar...project set to start on November 9, 2015. That date seemed so far away when it was first set, but it arrived before we knew it!

One of the things that we wanted to do was to see if we could donate our cabinets and appliances. This would keep them all out of the landfill...and we'd also get a tax write off...which come on...win/win! So I did a google search and found "Second Use," a company in Seattle. I called and set up an appointment for them to come out and look at what we had. Brad showed up a few days later, was quite polite and told us he'd take it all! Cabinets, counters and appliances! So we set up the date for them to come and remove our kitchen. November 5, 2015.

The few days leading up to the 5th were a bit of a, pardon my language, shit show. I frantically tried to pack up my kitchen and clean things so they'd be ready for the 10 AM removal time. I somehow managed to get it all done! **Phew**

Two employees from Second Use showed up with smiles and the eagerness to get started removing our kitchen. And in a matter of four hours, they'd removed, packed everything into their truck, cleaned up the kitchen and were on their way. Leaving us with no kitchen...and only a few days to finish packing up the first floor of our house in preparation for the construction start date of the 9th!

Of course I wanted to document every part of this remodel, because it's quite an undertaking. And it's always fun to look back and see what things looked like before you put your touch to them! I hope you enjoy the next few weeks as I bring you along on this journey. There will be some great things, and I'm sure there will be some frustrations that we are facing as well. But that is all a part of it. Michael and I are going into this remodel with our eyes wide open, and are fully expecting setbacks or complications because we know that nothing ever goes off without a hitch. It's just a part of life.

I plan to write a blog post at the end of every week. This one is a little late, mainly because of the frantic state I was in trying to pack everything up last weekend! So you all will get a double whammy of posts this weekend! I hope you enjoy this journey with us, and I can't wait to hear what you all think!!

The kitchen is completely ready! Cabinets, drawers and fridge are all emptied! This is the view from the chimney. 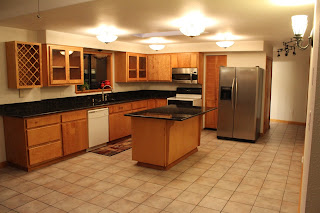 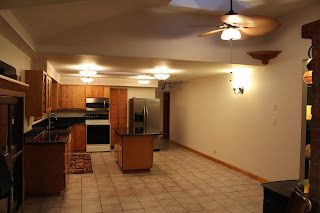 View from sitting room. Most of the wall you see here will be removed! 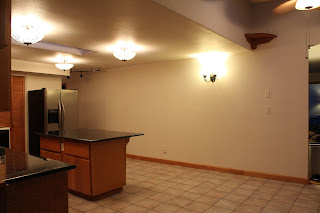 View from pantry towards the front door. 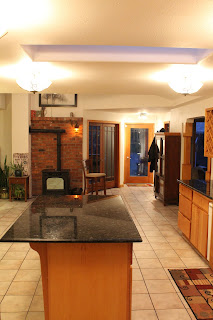 View from the old stove towards the wall that will be removed. 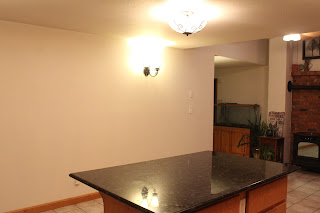 Most of this wall will be removed! The entire span of the wall that separates the living room and the kitchen will be gone! 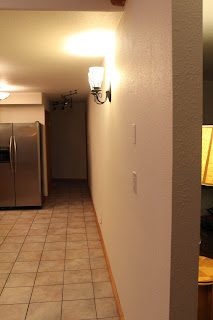 The guys from Second Use arrived! 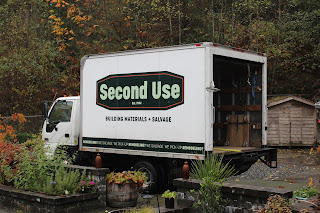 They immediately got to work removing the granite from the island along with the upper cabinets. 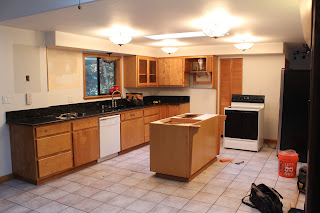 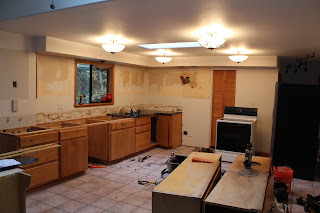 All cabinets and appliances are now GONE! 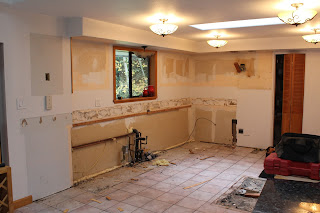 The plumbing wasn't buried in the wall like it's suppose to be! 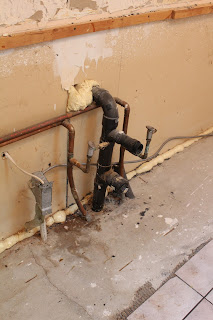 Cooper was NOT quite sure what to think about the fact that the entire kitchen is gone! HAHA 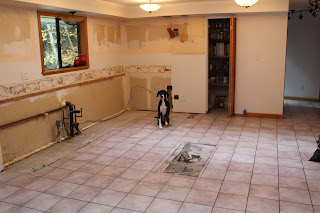 Well folks...there is Week 1...completed! The actual remodel is projected to take 4 weeks...so hold on to your hats! It's going to be a fun ride!

Until next time...Keep Cookin'! Lord knows I won't be!
Posted by The REAL Housewife of Snohomish County at 3:14 PM