Today was an incredibly fun and full day! We started our day in Napa and are now getting ready for bed in Nevada City, CA. And the best part of it all...the temperature is MUCH cooler up here! (This blog was typed on 3/18...but because of no internet service it is being posted on 3/19)

This morning we reluctantly rolled out of bed at around 7:30 to go have breakfast before we had to be on the road. We managed to do much of our packing last night...so this morning was just about getting ourselves ready for the day.

We headed towards Napa at around 8:30 AM...we stopped at the Safeway so I could get some gum...and that's when we got a phone call. There was a horrible accident on the Silverado Trail Road that led to the winery we were going to do the blending session at. The road was closed from both directions...so they said unless it opened any time soon...that they would have to cancel. They told us that they'd call us if something changed.

We were pretty bummed about this, and not just because we were going to miss out on the blending session. We still don't know what happened in the accident or if someone was hurt...but I hope that the people involved are doing well.

We made our way to the Oxbow Market in Napa...and as we walked in the door...they called from the winery to tell us that the road was open. We made it to the winery at about 9:40...just ten minutes later than our start time was suppose to be. So not bad! And boy am I glad we got to do the wine blending!

We had such a great time...it was just Michael and I and Todd...the guy who led the session. We first tasted the four wines that we were going to use. A Merlot, Weir Cab Sauv, Oakville Cab Sauv and a Cab Franc. These wines were just pulled out of the barrel so they were very young and still had a "bite" to them...well that's what I call it. LOL. After trying that, Todd mixed the first blend. It was good...but then he asked us to tweak it.

We ened up tweaking it three times beyond his blend, until we found a blend we were happy with. After we did that, we wrote down the percentages and came up with a name for our wine. Once we settled that we made our way back into the back where they store and make the wine. We got to pull the wine out of the barrels, mix them...and then bottle them! It was so cool to see how this process worked...granted we used a machine that did one bottle at a time...and when they ramp up for their big productions, they use a much bigger machine.

So we filled our three bottles and then corked them. After the corking we had to go and put the seal on the top of the bottle. By that time our labels were ready. I have to say that our blend was pretty darn good. Well I should say...when we made it at the table it was quite good. They gave us a little screw cap bottle to take with us that had enough for two pours...well it wasn't as good as what we had earlier...but we attribute that to the fact that the wine we used this morning had a chance to breathe for quite some time before we finally got to where we liked it.

All in all, this was such a fun thing to do! Judd's Hill Winery was the perfect place to do this as well. We got our three bottles and joined their wine club...which is MUCH cheaper than Ledson's club. I also got to talk to Todd a little bit about the chickens they have. He said that he is the resident chicken farmer, and they have some 6 week old chicks that are out in their new run. I forgot to take a picture! Darn it. But I couldn't help but get excited to get home and get the hatching eggs!!!

Here are some of the pictures from the Judd's Hill blending session! 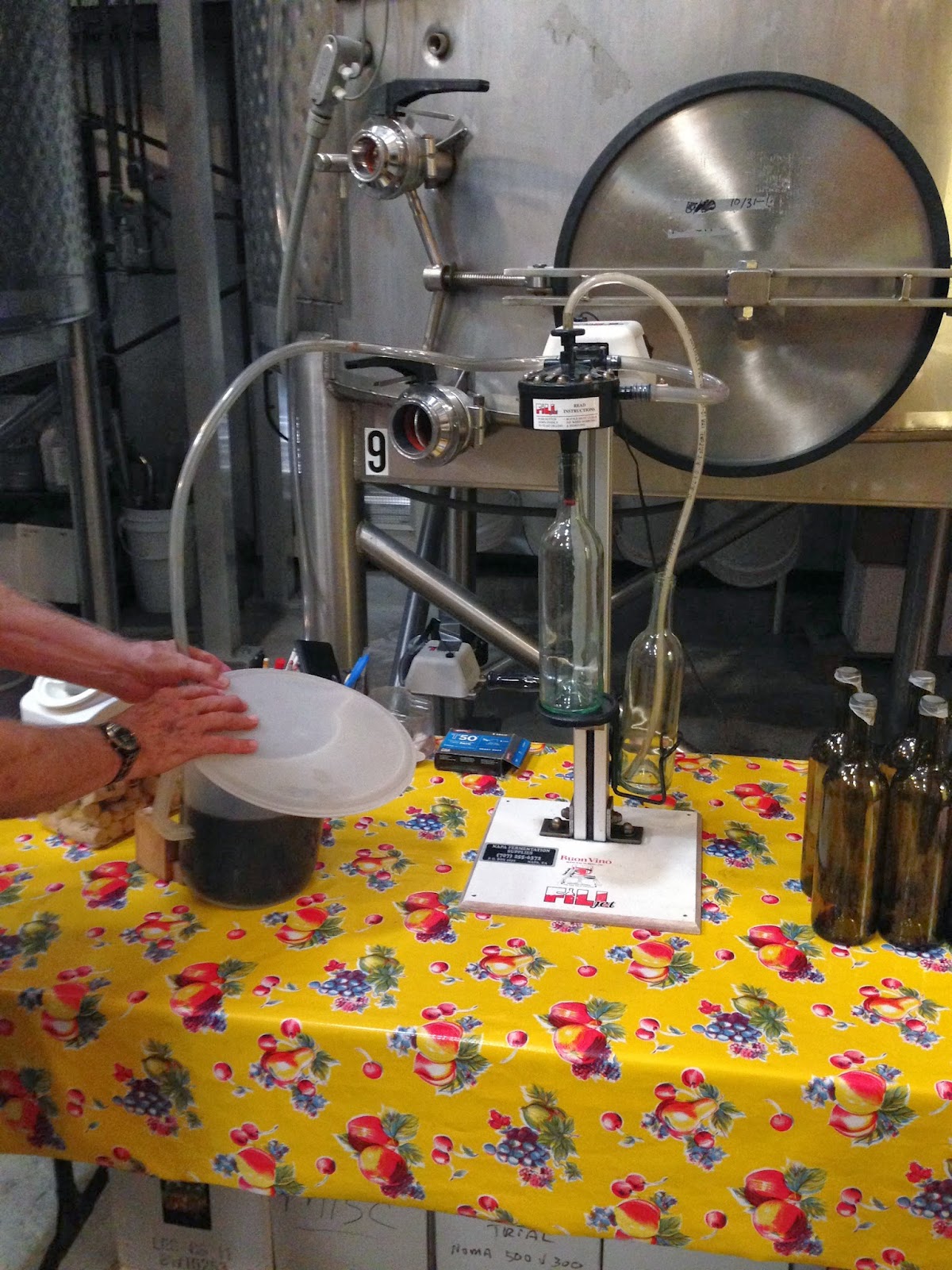 
After we left the winery we started to make our way to Nevada City. I have to say that this part of California is so beautiful. There are some rolling hills that remind me of Montana. On our way east we drove through an area with almond groves. The trees had a dark brown trunk and the branches were a brilliant white. Such an awesome drive!

We made it to Michael's uncles' house at around 3:15...that was after stopping to eat in Fairfield. Oh...I have to tell you about this place. Okay...if you ever find yourself in Fairfield, CA...eat at the Mediterranean Food Center down off Jackson and West Texas St. The food was good, and the woman running the place was a hoot. She was Lebanese, and she seemed like a woman that I'd be friends with. She had a wicked sense of humor and seemed to banter back and forth with her regular customers...in a way that was teasing and fun. Her son was working there (he was quite handsome...lol...but that is beside the point)...and one of the customers asked how long he was going to be working there. She looked at them and said, "Until I get him married." HAHA. I couldn't stop laughing...and her son just rolled his eyes. He was probably in his early to mid 20s.

But anyways...we made it up here to Nevada City and what an AMAZING home. It sits on the hill overlooking Scotts Flat Reservoir. The views from here are stunning! 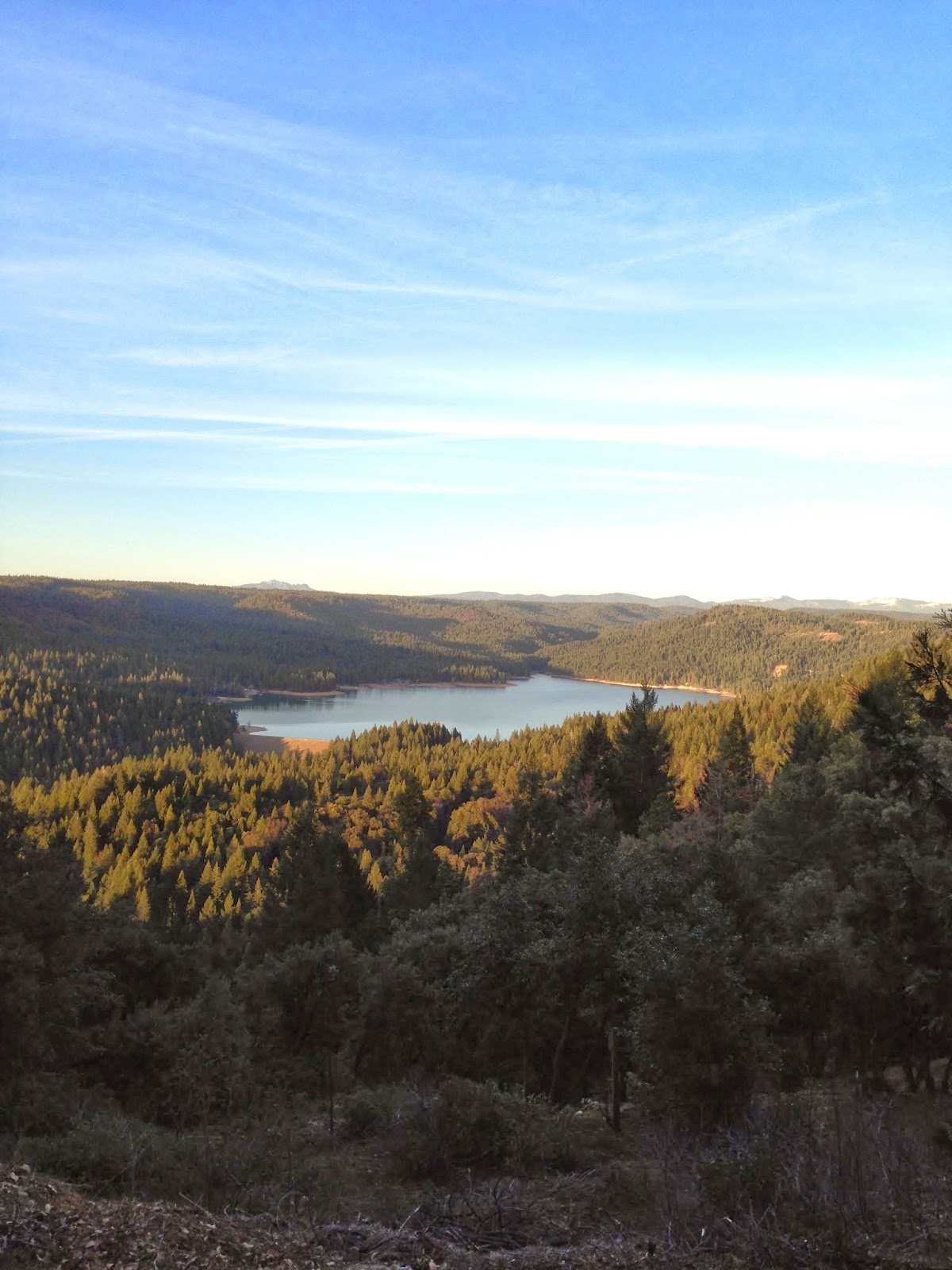 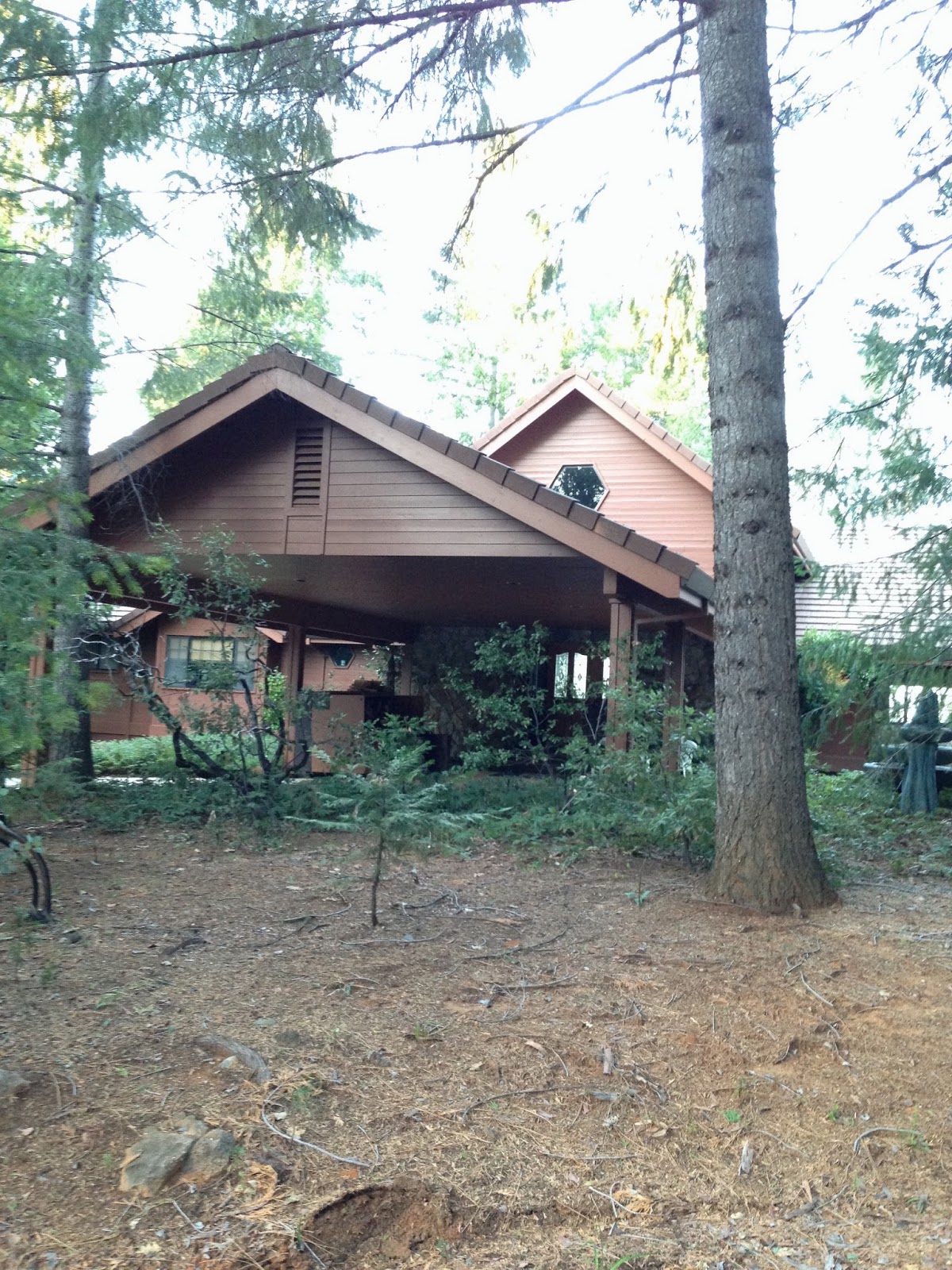 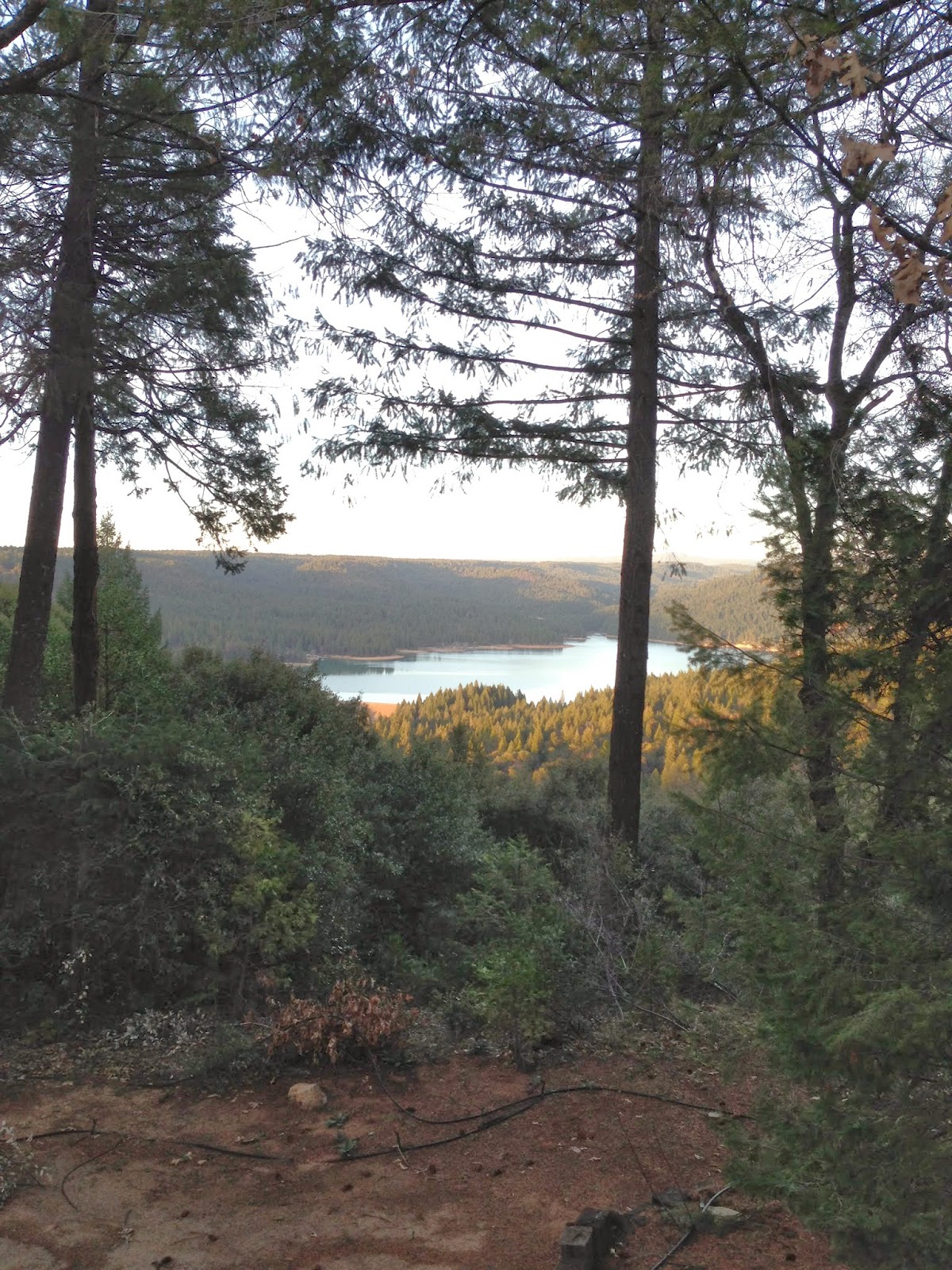 We had a wonderful time visiting with everyone...and in honor of St. Patrick's Day...Teresa, their lovely housekeeper, had prepared corned beef with cabbage. YUM! This was actually the first time I've had corned beef and it was quite tasty! After dinner Michael and I talked with his uncle for a while. I love hearing the stories of when he was growing up...he's now in his early 70s...so it was a very different time.

I'm so happy that we extended our trip by a few days and made our way to Nevada City. Getting together with family is such an important thing, and it's always nice for me to meet more of Michael's extended family. This day has truly been fun. Tomorrow we have to leave for the airport...which is a couple hours away.

Well I suppose I should get some sleep. Tomorrow morning we will visit some more, eat breakfast and then make our way to Sacramento.

Until next time...Keep Cooking!
Posted by The REAL Housewife of Snohomish County at 2:48 PM