Today was a day that was filled with tons of walking and sight seeing! We woke up at around 8:30 (or I did LOL) and showered and got ready to head out for the day. I had Eggs Benedict for the first time EVER, since I'm not a fan of runny yolks. They were delicious, and should have been considering our breakfast cost around 50 pounds! Which in our rough estimation was about 85 US dollars! Oy! But our food was yummy!

We set out for the British Museum...now let's get one thing straight...I'm not a big museum fan. They are interesting, but I'm not the type who can sit and stare at a painting for hours. I'm a quick run through type of guy when it comes to museums. We spent about 2 hours in the museum and saw some cool things. I LOVED the main hall of the museum. The glass roof was quite spectacular. 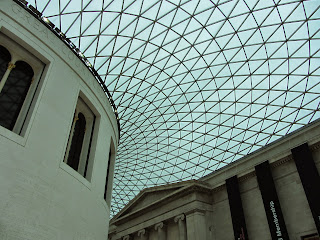 As we wandered through Mike was telling me about things and made a very good point. The British pretty much pilfered the entire world and have it on display. It is amazing and infuriating at the same time to see the artifacts from Ancient Egypt. I think it's so upsetting because you realize that what was done was technically grave robbing, yet not many people see it that way. I almost felt sad for the people who's bodies and belongings were on display for millions of people to see. I understand the importance of museums and the artifacts, but at what point is it wrong?

After walking around the museum we decided to head towards Parliament and Big Ben! We started walking and were looking for a place to have lunch. I love the streets of London! There are so many different people here, however the tourists ruin it! Stay with me here...I hate people that are walking and just STOP in the middle of the sidewalk with out any regards to other people. RUDE! :)

We made it to Trafalgar Square where the National Gallery is. And we were just in time to see someone VERY famous!!! 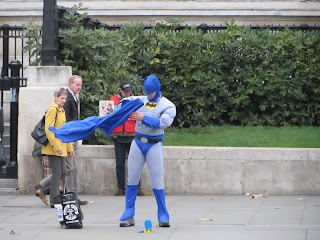 I have no idea how we lucked out in seeing him! From my understanding is he normally only comes out at night!

Trafalgar Square has some amazing statues in it. There happened to be four large lions and I tried my darndest (and made it!) to get up on top of one of them for a picture! I wasn't quite sure that I'd make it, but here we are! 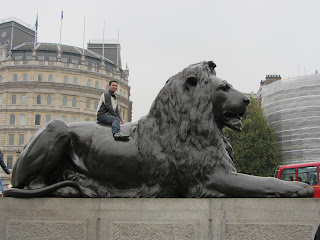 One of the other cool things was this ship in a bottle. 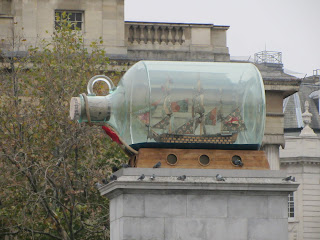 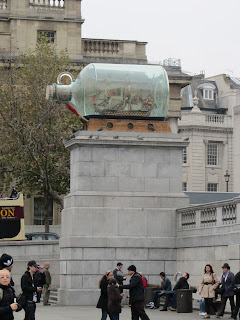 Oh! I almost forgot! On our quest for a gay bar we found this place... 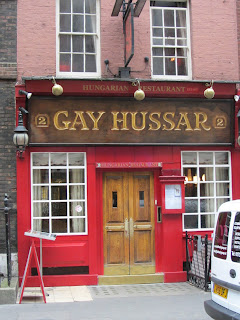 Back to the good stuff though. We headed towards Parliament and as we got closer Big Ben was there to greet us! 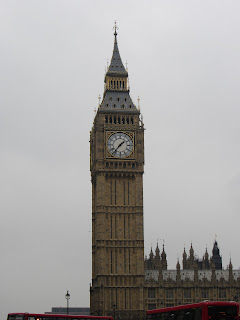 It's so amazing to see these things that have only been shown to me in textbooks. And you never really quite grasp the scale of them until you are standing below them. 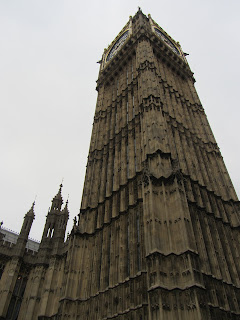 Before heading across the street we made our way to Westminster Abbey. I have no words to describe it's beauty! It is amazing. All I can say is that if you are in London it's worth going inside and doing the audio tour, so informative and amazing to take a step back in time and learning about this amazing place. Also, I couldn't help but think...OMG! Prince Harry stood here during William's wedding! ;-) **Swoon!** Here are some pictures from Westminster Abbey... 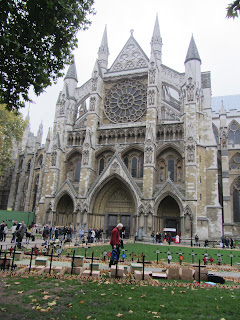 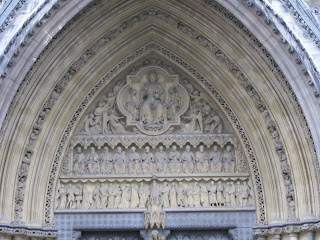 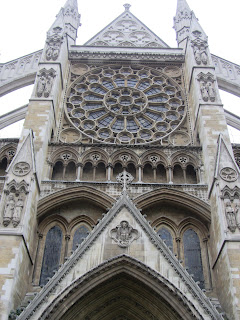 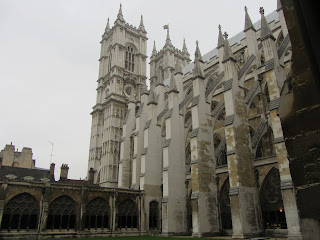 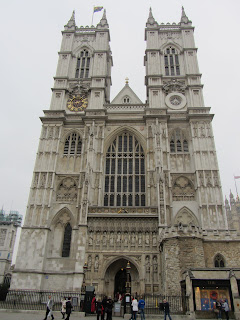 After making our way through Westminster Abbey we headed towards the River Thames to the Eye of London. I mentioned to Mike that I wanted to go up in one of the capsules to see the city. So as we made our way across the bridge I got pretty excited. We bought our tickets and went in to watch a 4D movie about the Eye of London...and I'm proud to say we had the opportunity to get another FANTASTIC Tourist photo to add to our Photo Wall at home! I can't wait...if you are on facebook I encourage you to look for it when I get back to the US! :)

We headed up into the air above the River Thames...what a view of London... 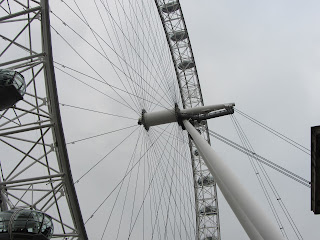 While on the Eye...they have a "photo opp" which we thought would be another great addition to our wall. And I couldn't stop laughing at the "camera" that took our picture... 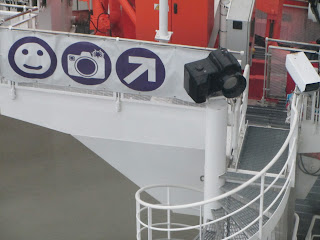 Also, on the way down I noticed this ummm...disturbing statue...what are your thoughts? 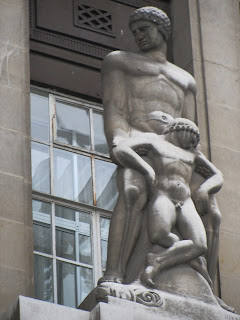 I don't even want to venture a guess at to what this is even representing!

And again...back to the happy stuff! I was able to see my old friend Happy Feet!!! He'd recently taken a job at the London Aquarium to pay the rent. Poor guy...but he looked good! 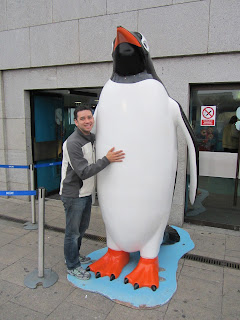 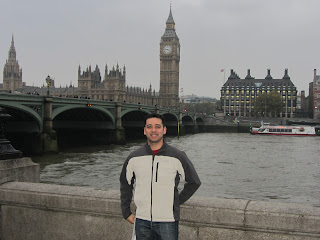 And you'll never guess what happened. While walking down the street....guess who called me?!?

All in all, we've had an amazing day, and it's been full of a lot of things! And tomorrow we hope to make it to the Tower of London before we catch the train to Paris at 12:30! So, I have to say...day 2 of The REAL Housewife of Snohomish County takes Europe has been great!!!

I hope to get some rest tonight...tomorrow will be a busy morning...I'll catch y'all in Paris! :)
Posted by The REAL Housewife of Snohomish County at 2:16 PM