I can't believe how these days are just flying by. It seems like I get up, get some things done and then it's time to go to bed again! But, none the less, life still keeps clicking and so does my to do list! And one of the things that has been on my list was to finish two of the videos I made when we first moved into our house! A year later...not too bad, eh?
Yea...so, hehehe. I finally edited and uploaded the two videos that I made in April of last year. I realized something while I was editing them and reviewing my other videos...I wear the same shirt a lot! In my defense, I filmed the two videos I'm posting today on the same day, that I can promise you. The other videos that I'm wearing this shirt...well I like to think it's because I look good in red, and I like the fit of this shirt! Yea, that's what I'll stick with!

So at the bottom of this post you will find the links to the two videos, "How to Make Basic White Bread" & "Whole Wheat Pita Bread." I have to be honest, I love making my own white bread. I realize that with a lot of my recipes I say, "Look how easy this is!" Well, let me be more specific...while some of these recipes take a good deal of time, when it comes to technical skills needed and difficulty of recipes, they are very simple! That's the whole reason I like to make these videos, I want you to realize that anyone can do this! I'm not a trained chef, I'm a self taught home cook. And I know that you won't believe this...but I make mistakes! We all have recipes that we end up throwing into the garbage, but that is all a part of learning how to cook! Try it, if you mess it up, try it again. And the second time make some changes and get it right! :)

In other news, I finally tackled a project I've been meaning to do since we built the garden last year. Sheesh, I apparently don't finish projects!!! But I digress. I went to Home Depot and bought the wall blocks to make my herb garden in the corner of the garden. Now I have to say that I didn't build this last summer because I had yet to put up the fence between the garden and the yard, and now that I have that up, this corner is no longer where the gate is! So after 1/2 an hour at Home Depot I loaded up the car and headed home to start the project. Now this isn't a huge herb garden, the two straight sides are about 4 feet each, and then an arch connecting them. But this will be perfect size for the amount of herbs that I want to plant! 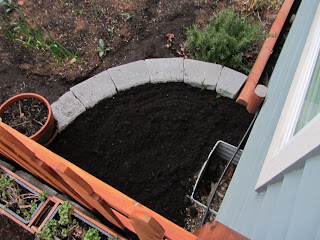 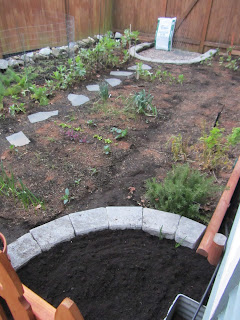 It's raining out today, so I couldn't get any more pictures than this, but you can see how much of the garden I get! Not much! HA HA. Michael loves his garden and already has it all planned out. As you can see we currently have over wintering things planted; broccoli, carrots, onions, leeks, chard, frise and fava beans! And believe it or not it's almost time to start planting things like peas! I can't wait to see how our garden takes shape this year! It's been a great addition to our farm!

Last night Michael worked triage from home, so he was up in his office all night fielding phone calls and working on the computer. That afforded me the time to edit and upload my videos and have some good quality time with the dogs. Oh, one more thing...after watching my videos I wanted to again stress that I film these videos on my own, just me and a tripod. And I edit them with some rather basic software. They aren't professional videos by any means, but I think they do the job! :)

I have to say that I've really enjoyed the feedback that I've been getting from a few of you! I've had a ton of blog hits this past month and it makes me smile! I'm working on getting some ads on the side of my blog to see if I can start making a little bit of money from this! :) But again, thank you so much to everyone for reading, and commenting and interacting with me! I've had my first video "challenge" this week. Jen, I will get this video filmed hopefully next week and I promise that it won't take me a year to get it edited and up on my YouTube channel! :) Also, as I was watching my Pear Butter video last night I realized that I have changed it up a bit since that was filmed. The second batch that I made I actually simmered it in my crock pot on low for about 24 hours! It was the same way that I made apple butter. Now let me tell you, this concentrated the flavors even more and turned it a darker color! Delish! Try it if you decide to make it again and let me know how you think it turns out!

Jen, you also asked how my chickens are doing. The girls have gotten so big! At any given moment I have about 3 dozen eggs in my fridge! I tell my friends that if they give me an empty egg carton I will fill it up and return it to them! But no one has taken me up on it! Can you believe it!?! So I just pick random people and drop eggs off to them, whether they need it or not! Last night I put more food and water out for the girls so I took a few pictures of them. They wouldn't hold still so they have their faces buried in their feeder! :) 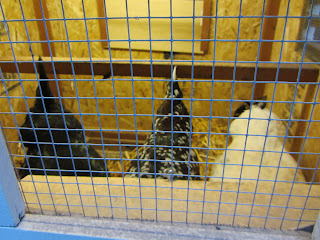 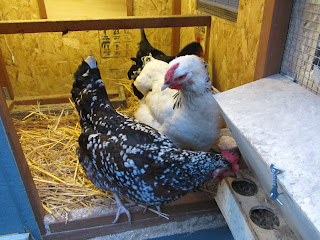 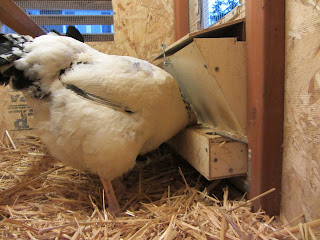 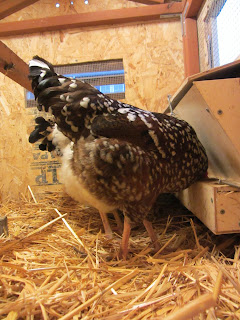 Oh! Before I forget, I also made a facebook page! Look for me, The REAL Housewife of Snohomish County! http://www.facebook.com/trhosc . :) This is another way you can connect with me, and I will post more pictures there than I will here on the blog that way there aren't a million pictures in each post! So "like" my page and I'll also post on there when I update my blog entries!

Well I suppose I should get the dogs fed and get ready to head to town. Michael is working until 2 AM and I'm heading to town to go country dancing with my lesbians! Good times will be had! So I will leave you with two things; the links to my new videos and a few pictures of my pathetic dogs. They have such rough lives...and these pictures show it! Take care, all! 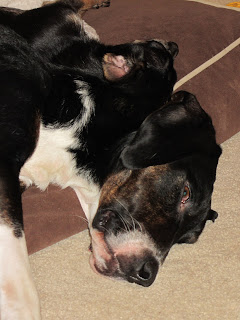 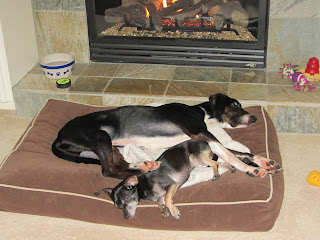 Enjoy my videos, let me know what you think!!

How to Make Basic White Bread

Posted by The REAL Housewife of Snohomish County at 5:45 PM