If you know me, you know that seafood is not something that excites me. As a matter of fact, since I'm being honest, it disgusts me. The smell can be overwhelming and for me...gag inducing. Too much honesty? I think I'm suppose to say, "Ooooo baby! Seafood is my absolute favorite!!!" ;-)

Last night I decided to put Michael first when it came to meal planning. Even though I don't eat seafood myself, I do try to make him any fish dish that he wants. But being that I don't eat seafood, it's not that easy of an endeavor because I am breaking the cardinal rule of cooking...TASTE AS YOU GO! But I have to say, even if I'm not tasting it, most dishes turn out pretty well...or so Michael says! (Truth be told, he's not too picky of an eater and can usually find *something* good about it!)

Last night I settled on a recipe that I've made several times, and even gave a cooking lesson to a friend on how to make this dish! Ina Garten's Roasted Salmon with Green Herbs. This recipe has never failed to please anyone who eats it! And I've made it so many times that I've actually become quite comfortable with it. Now Ina's recipe calls for 2 to 2 1/2 pounds of salmon, but I halved the recipe since I was making it for Mike. (1/2 for dinner and 1/2 for lunch today!) So the instructions here are to make a 1 pound piece of salmon. So with that in mind...walk with me through the world of making salmon!

Preheat the oven to 425 degrees. If you are having rice with this dish, get that started. I use a rice cooker and allow about 1/2 hour for it to cook. (Also, I use homemade chicken stock instead of water to cook the rice)

Put your salmon in an oven safe dish and liberally season with Kosher Salt and Fresh Ground Black Pepper. 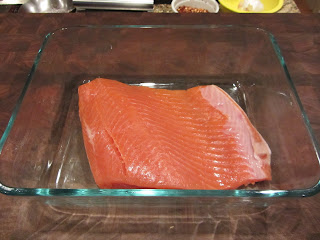 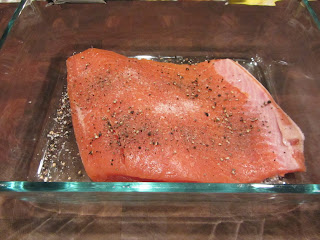 Cut 1 lemon in 1/2 and juice into a bowl or measuring cup. You will need about 1 tablespoon or a little more. Then add 1/8 cup of olive oil. 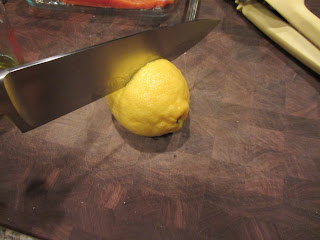 Whisk the lemon juice and olive oil together. Then pour over the salmon. Let the salmon covered in the olive oil and lemon mixture rest at room temperature for about 15 minutes. 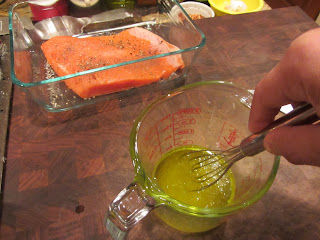 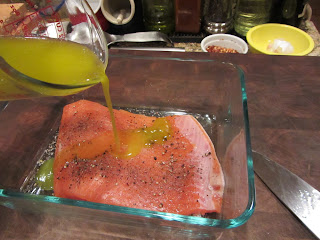 While the salmon is resting, now it's time to chop the fresh herbs that will cover the fish! 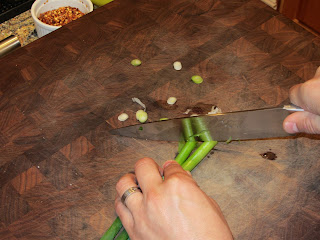 Using the edge of your knife, "shave" the fronds off the dill. Do NOT waste your time picking fronds one by one off dill! (lesson learned hard way lol) 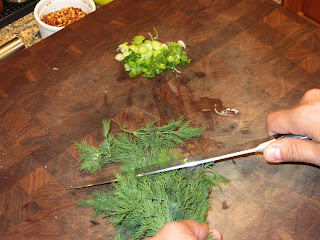 Now rough chop the dill, you'll need about 1/4 cup. Again, if you have more YAY! You can't have too much! 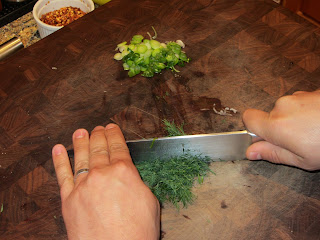 Then onto the fresh flat leaf parsley. Again, rough chop about 1/4 cup.﻿ 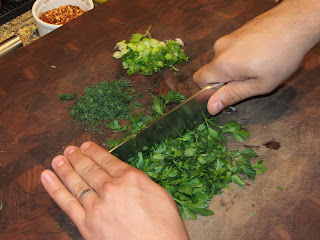 Put all the scallions, dill and parsley into a bowl and mix. 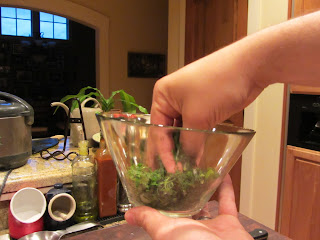 After the salmon has rested for 15 minutes, cover BOTH sides of the salmon with the scallion/herb mixture. 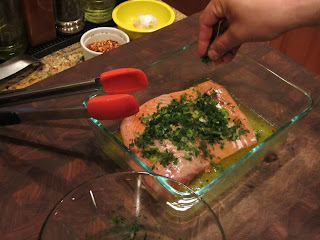 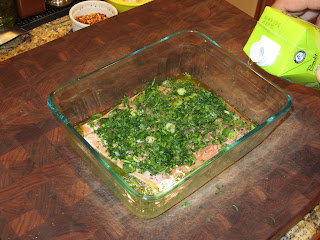 Put the salmon into the preheated oven for 10 to 12 minutes. For me, 12 minutes was perfect. 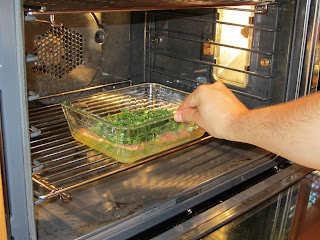 Now it's time to get the side dish ready! ROASTED ASPARAGUS! One of my favorites!

Cut off a few inches from the bottom of the asparagus, then arrange them on a sheet tray. Drizzle with olive oil and season with kosher salt and fresh ground black pepper. I also added some fresh lemon zest. 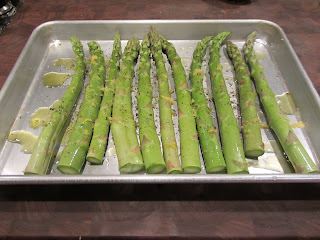 Take the salmon out of the oven after 10 to 12 minutes, then cover tightly with tinfoil. And leave it on the counter to rest for 10 minutes. That's right, cover and walk away!!! 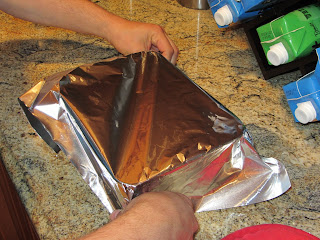 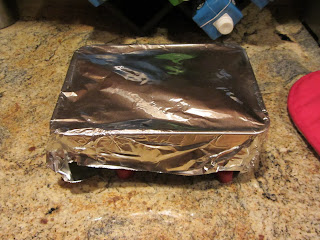 Now that the salmon is out of the oven, put the asparagus in. The time it'll take to cook the asparagus will depend on the thickness of each stalk. The asparagus I bought was quite thick, so it cooked in the 425 degree oven for about 8 minutes. If you have thinner asparagus, cook for less time. Adjust accordingly. 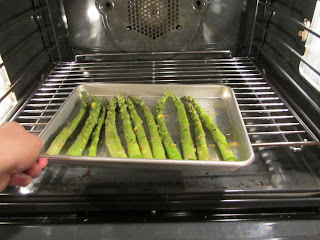 There is nothing like roasted asparagus! Still has a little bit of the crispness! 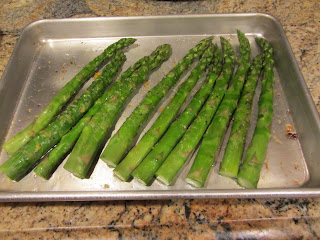 Now time to plate. I put the rice down first, add a slice of the salmon...and I never know where to put the vegetable! LOL So it just gets thrown wherever it fits! :) 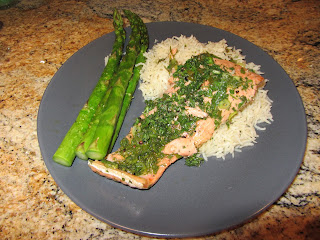 So, what did you think? Am I crazy to think it's an easy recipe? I truly mean it when I say, if I can cook this...you can too! Give it a try, and let me know what you think! Thanks Ina for the recipe!!
Until next time...Keep Cooking!﻿
Posted by The REAL Housewife of Snohomish County at 11:42 AM