I can hardly believe that King County Camp Erin 2013 has come and gone. It seriously seems like I just finished my first camp, and now the second one is over. This weekend was full of laughter as well as tears, grieving as well as celebrating, early mornings and late nights. But just like last year, it was all worth it.

Being a Big Buddy for Camp Erin is something that I don't take lightly. After last year's experience I couldn't wait to once again walk the roads and trails of Camp River Ranch near Carnation, WA. The weather this year was amazing, clouds greeted us each morning, helping to keep it cool...while the afternoons were sunny and warm.

Friday as we prepared for the campers' arrival, I couldn't help but be a bit nervous. We all had a chance to review our campers' files, but no matter how much time we spent looking at those pieces of papers...none of that mattered. Those papers are merely words describing that child's experience. Those papers only tell us what their parent or guardian sees from an outsider's view. But when that camper walks towards the meadows with you, you realize that no amount of words on paper can even begin to describe the amazing person that is standing in front of you.

Over the weekend I had the privilege of being one of three big buddies for four campers. Each of their stories was different, but they were all there for the same reason. And this reason was the glue that held these four together all weekend. As a Big Buddy for the teen campers we are merely there to make sure everyone stays safe, and make sure they get to where they need to go. No amount of words from us, as adults, can even come close to what a hug or words from someone their own age can do for them.

Friday night we watched as 41 teenagers shared their stories of their loved ones with the group around the camp fire. Each time one of the campers spoke my heart swelled, and I invited each one of them into my life. As the bowl of lights made its way around to my campers I became more alert. My campers weren't as eager to share this year in the cabin so I was curious to see what would happen at the camp fire. But as each one of my campers spoke about their loved one my heart began to ache, and the tears began to flow.

We heard from campers talk about the guilt, the tears, the doubt, the anger and the self harm that happened after their losses. And as each one spoke, we began to soften more towards them. Some came to camp because they were forced while others came because they wanted to. But at that moment, none of that mattered. What mattered is that they were sitting with 40 of their peers, and their words were finally being heard, and not dismissed.

After a late night of entertainment, we finally got some sleep, but were up and at 'em early. Saturdays for teen camp Big Buddies is a time that we look forward to. While the campers go off to the challenge course we are afforded a three hour block of time to gather as a group and laugh, talk, eat, regroup and sleep. I love this time because we are all so different. Camp Erin brings together a fantastic group of people. Some are attorneys, realtors, students, parents, and other things...but just like the kids we are all there for a reason. Most of us have a loss of our own, and the camp also heals us.

I had the privilege of interacting with Michele Metcalf over this weekend. She is the mother of Erin, who Camp Erin is named after. Each year, Camp Erin of King County, Pierce County and Snohomish County are blessed with the fact that the Metcalfs are there to share Erin's story. Each time they tell Erin's story, my heart swells and the magnitude of the weekend becomes even more clear.

On Saturday night, both the teen camp and kids camp have their luminary ceremonies. I worked very hard to prepare my heart for this year's ceremony, because last year I was overcome with grief during it. As we all made our way down to the edge of the water I noticed that it was quite cloudy. But as soon as the last cabin sat down, I looked up and it was as if someone had wiped their hand across the sky and cleared the clouds. The stars shone so bright, and I couldn't believe how in a matter of minutes the skies had cleared. Cabin by cabin, the teens made their way onto the dock and into canoes. They were paddled out into the lake to let their luminaries go in the water. After my campers made their way out I stood on the dock while they were there reflecting...and crying.

While standing there I noticed one of the campers sitting on the edge of the dock crying. One of his cabin mates came up behind him and wrapped his arms around him and held him. My heart swelled and I couldn't hold back the tears any longer. To see these teenage boys hold each other while they grieved was so powerful. While the last of the campers were being paddled back to the dock, the moon began to rise over the hills. And in a matter of minutes the moon was lighting up the entire lake. I stood there in awe of this amazing sight, and knew that someway, somehow a higher power was involved in this. And as the last of the campers left the dock hours later, a fellow big buddy looked up and the sky began to cloud over.

A few stories that were told at the Big Buddy wrap up meeting yesterday really tugged at my heart. At kids camp, after Jerry Metcalf, Erin's father, shared Erin's story a little boy walked up to one of the adults and asked if he could speak to Jerry. Jerry was getting ready to make his way up to teen camp for their ceremony, but he stopped to talk to this little boy. The little boy put his hand into Jerry's and told him, "I am so sorry for your loss."

After all the teens left the dock and made their way to Wagons West for the evening entertainment there was a crew of girl scouts and Camp Erin people who paddled onto the lake to retrieve the luminaries. After several hours of pulling luminaries out of the water they found they were one short. So they set out for another hour of searching the shoreline and the edges of the lake because they couldn't leave just one. After this search, they recounted and realized that they had miscounted earlier. :) While loading all the luminaries from the water to the dock, one of the volunteers grabbed the last luminary and realized that it was Erin's, the one that Jerry had made for his daughter. This was the first one to be put in the water and the last one out.

My heart is so full right now that I can barely type all of this. I have so much respect for all the campers who were a part of this weekend. The courage that it takes to not only go to camp but share your stories is amazing. I also can't help but recognize my fellow volunteers. We all come together from all different places to join together to help these children. We shared many laughs, many tears and a few sleepless nights. But just like last year...I wouldn't have wanted to be anywhere else.

Here are a few pictures from the weekend. 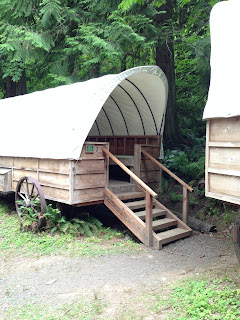 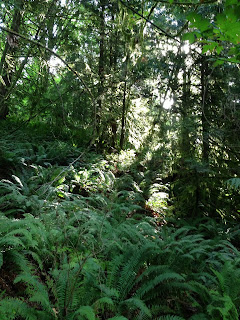 Until next time...Keep Cooking.
Posted by The REAL Housewife of Snohomish County at 5:41 PM