Okay, so I'm falling behind in my posts again...and I have a good reason. I'm going INSANE! Well, not mentally, but with the exercising! The Insanity Workout is really kicking my butt, but I'm totally getting through it. On top of all of this, I've been making the final tweaks to the chicken coop in preparation for the girls' permanent move outside. **Breathe**

So far with this workout program I've dropped 7 1/2 pounds. Woot! And I'm finally at a point where in order to keep my metabolism fired up I need to up my caloric intake from 1800/day to 2400/day! Finally I can eat more food...not going to lie, it's been hard watching Michael eating all the food he gets while I'm eating bird-like portions. :) But to be honest, we are going for two separate goals so the caloric intake makes sense.

At the end of last week I hurt my lower back while doing the ab workout, so I had to modify the workouts in order to keep going. I'm not going to lie, I was becoming quite discouraged with myself and my lack of progress. I joined the message boards on the Team Beach Body site and found a thread from one of the coaches. I read through it and found that there were many other people out there just like me (no real surprise, but it's easy to feel like you are the only one going through this) who are struggling or feeling like they aren't up to par. But he kept saying, "you don't have to keep up with Shaun T and the gang...if they are doing 1 minute...do 45 seconds. The main thing is you need to hit the play button every day. That is the important thing." This really opened my eyes to the way I looked at myself and my workouts. If one of the moves hurt my back I would jog in place instead. It's all about the cardio so I realized that as long as I was moving and sweating I was fulfilling my workout needs! :) So every day I go into that room and press the play button...even when I can make a million excuses not to do it, I press that button and do my workouts. It's nice to see how things are changing, we are on day 25 of the program, and I actually feel pretty dang good!

So the girls have been growing by leaps and bounds! It seems like every day I go out there they have more feathers and less fluff, and they are getting into their awkward, gangly teenager phase. I've been letting them play outside for a bit each day in their run, and it's funny to watch them explore their new world. Chynna continuously falls on her side and goes to sleep. Carnie is furiously looking for food. And Wendy...well she can't stop taking dust baths! The boys don't really know what to think about them yet, and Cooper has lunged at the run a few times so there has been some discipline happening around the BP, LLC household!

Here are a few pictures of the girls :) 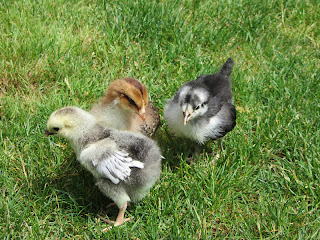 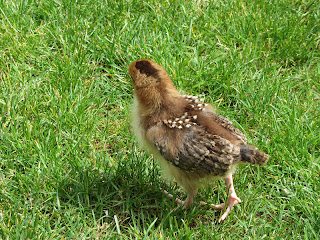 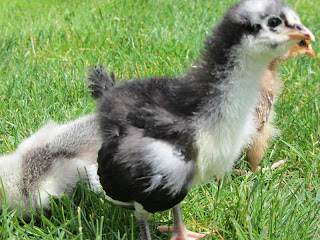 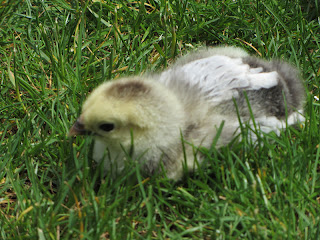 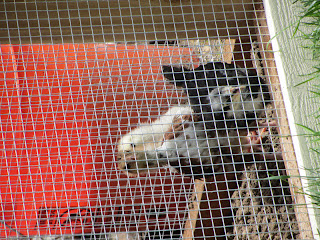 So things are clicking along here at the house! I'm currently looking at new wall ovens for my kitchen...and I HATE appliance shopping. But I think I have my choice made, now I just need to pull the trigger. **sigh** I need to start making the time to post more, as well as take more pictures of the girls! :) I've been making all the necessary adjustments to the coop and run for them, and it will be interesting when they are moved outside for good. Hopefully they get the hang of going up and down the ramp without any problems. Sheesh, will you listen to my problems? LOL Are my chickens going to be able to get in and out of their coop? Rough problems! :) Until next time! :)
Posted by The REAL Housewife of Snohomish County at 6:11 PM