Okay...I'm not going to lie....I'm getting old! After a full day of walking around I looked at my husband and uttered the words..."I'm too old for this." I know...pathetic right? Well remember...in the past week we've done a fair bit of walking, driving, hiking, zip lining and stair climbing! I think it's finally starting to catch up to me. But that being said, today was a wonderful day here in Portland.

This morning we slept in until around 9 AM...WHAT. A. TREAT! After slowly getting ourselves out of bed, showering and presentable for public...we headed out to get some breakfast. 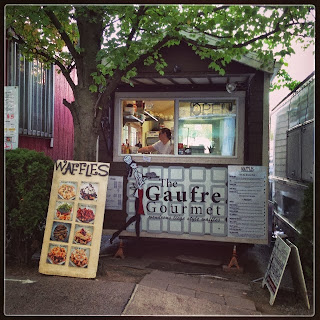 After walking around all the food trucks near our hotel, we settled on waffles. Neither of us care for really sweet breakfast foods, so we went for savory waffles. Mine had Arugula, Bacon and Camembert Cheese on it. It was super tasty!! It definitely hit the spot and set us up for a busy rest of the morning and afternoon!

We made our way back to the hotel and had the valet bring our car around. Michael is big into arboretums, gardens and the like. I on the other hand like animals and different kinds of things. LOL. But we decided to head up to Washington Park and hit up the Japanese Garden, the Hoyt Arboretum and The Oregon Zoo. We didn't spend much time at the arboretum (Michael's choice) but spent a fair bit of time at the Japanese Garden and The Oregon Zoo.

I took quite a few pictures at the Japanese Gardens...and I hope I don't overwhelm you with these pictures! I hope you enjoy them! 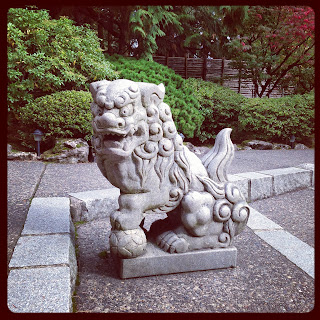 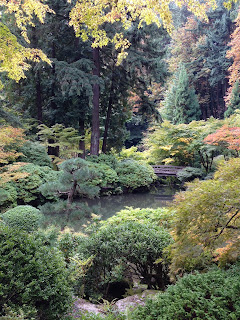 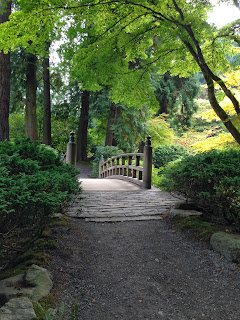 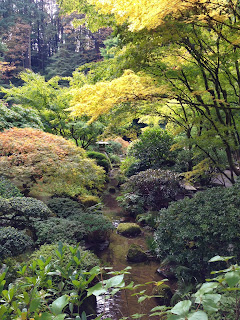 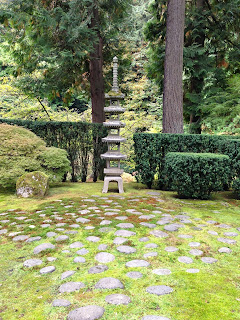 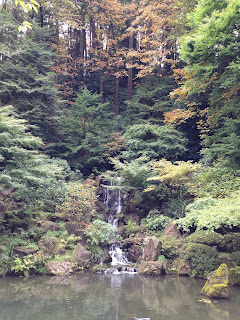 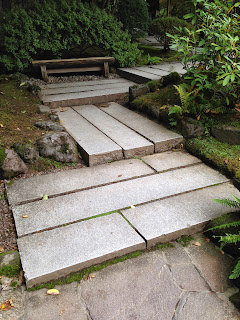 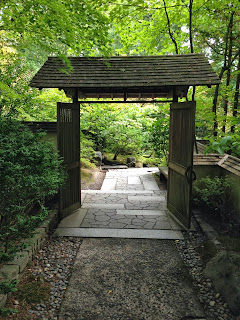 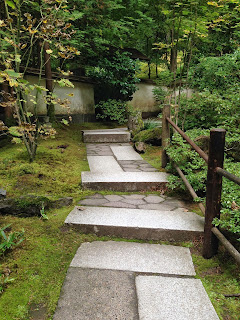 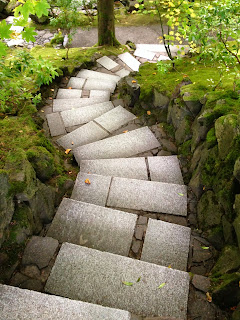 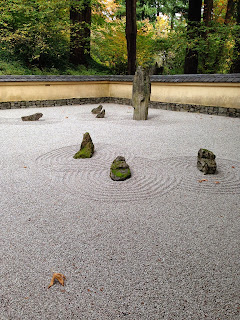 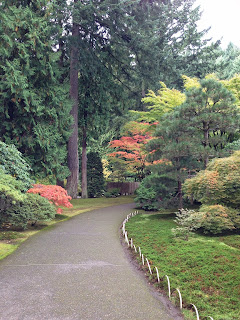 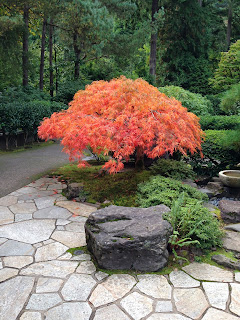 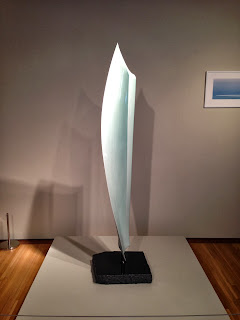 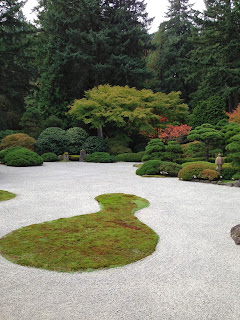 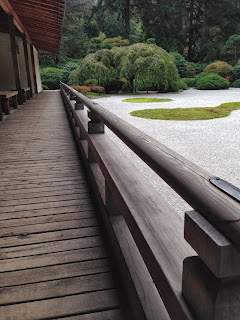 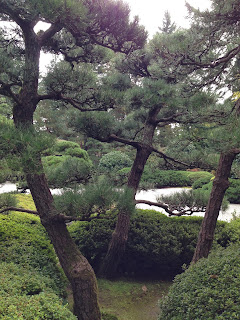 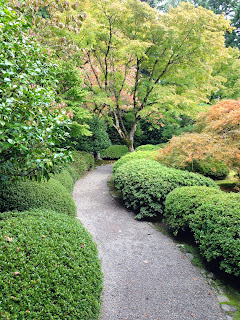 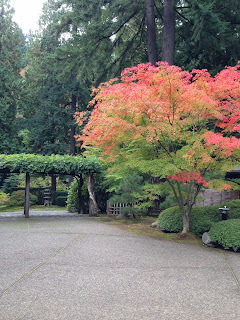 The trees in the gardens were starting to turn their fall colors...and we both agreed that fall is the best time to come to these gardens. Michael loves the trees and plants, and I'm drawn to the paths and the lines that things make. :) So we were both satisfied with our visit. They also had an art exhibit going on and had Porcelain Sculptures by Sueharu Fukami. You could totally see in his sculptures, the inspiration he got from pictures of ice floes in Antarctica. So beautiful!

After walking around the gardens we made our way back to the car and headed up further into the park. We pulled into the visitor's center at the Hoyt Arboretum, and we spoke to a lovely older lady who worked there. She is originally from Seattle but has lived in Portland for "ages," as she said. She was super friendly and just as chatty! After hearing that the trees were just starting to turn color, we decided to pass on walking through the arboretum. So we made our way to The Oregon Zoo.

I realized after walking through the zoo, that I feel the same way about zoos as I do about The British Museum...as much as I like seeing these animals...I can't help but feel like this is not where they should be. Watching the elephants, bear, eagles, lions, tigers and other cats...I couldn't help but feel sad for them...as they paced in their cages. But like I said...I know that zoos have a purpose, but still...there is a sadness in those cages as well. 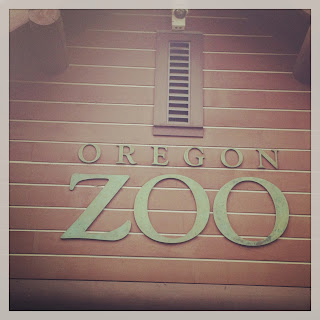 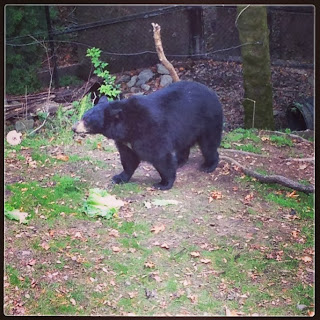 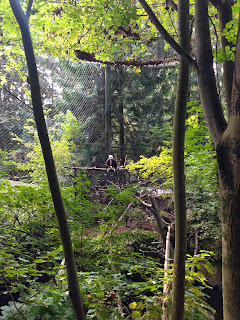 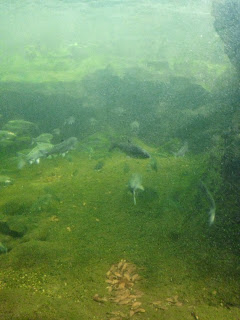 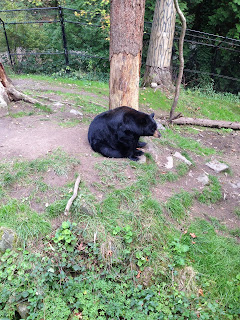 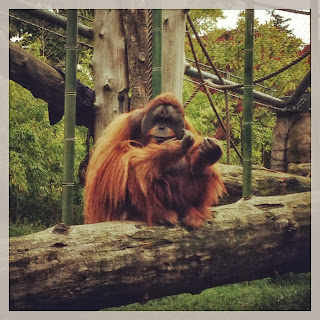 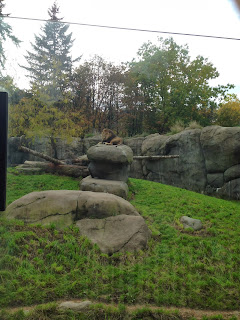 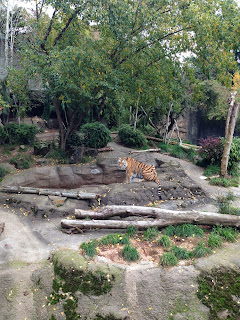 I didn't take a lot of pictures at the zoo because...well...we've all seen these animals. I do have to say that The Oregon Zoo has some great exhibits. The Stellar Sea Lions were amazing to watch! It reminded me of sitting in front of the beluga tank at The Vancouver Aquarium. :) All in all...not a bad zoo. They have a lot of construction going on, so it will be interesting to visit again in a few years to see the changes.

One of the best things at the zoo took place near the lion enclosure. After standing up top, we went to the lower level to get an ground level view of the lions. After checking them out we were walking back up the ramp...after we rounded the corner we heard a little boy yell something. We turned around to see a little boy with a superman cape on, hauling ass up the ramp as if something was chasing him. He didn't realize that the lion sounds were actually coming from speakers in the walls. We could not stop laughing because it was quite ironic that this kid...was terrified of these sounds...while wearing a superman cape! LOL Priceless!! :)

After the zoo, we made our way back down the hill to our hotel. Considering it was about 3:30, we decided it was time to finally eat some lunch. This proved to be a challenge. We walked around the food truck area about three times before finally settling on a place that served cheese steaks. 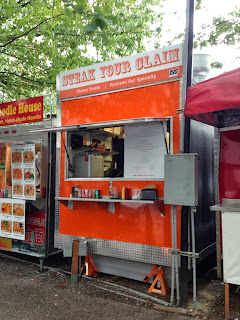 Michael isn't a fan of cheese steaks...but while eating he said that his was amazing! :) This totally made me smile...because when it comes to food, he is hard to please! LOL After eating we decided that it was nap time! We slept for a few hours and then decided that it was time to eat again! Michael hit up Yelp again and we settled on Grassa. They had a decent menu, and all the hand made pasta you could dream of.

Well I have to say...we didn't have high expectations for our trip to Portland...but we've been pleasantly surprised! It's quite a cute little town, and it has a lot of charm and character. I can definitely say that we will be back. We have some more time here tomorrow before we head home, and on the list of things to do is eating at a food truck with Hawaiian Food! :)

Well I should really get ready for bed...so...until next time...Keep Cooking!
Posted by The REAL Housewife of Snohomish County at 11:40 PM