It's hard to believe that today was our final full day here in Honolulu. It seems like yesterday that we landed...but at the same time it seems like we've been here for months.

While we've had a wonderful vacation, both Michael and I agree that we can't wait to get back to the normal "routine" of our daily lives. Crazy, huh? But I think you know what I mean...vacations are always wonderful, but as humans we crave structure and routines. So that is what we will be going home to tomorrow. But before we even think about tomorrow...let's think about what we did today!

This morning we reluctantly rolled ourselves out of bed to start the day. After breakfast and coffee we put on our board shorts because I had to at least hit up Lanikai beach ONCE on this trip! We made our way over the Pali towards Kailua. It was raining pretty good on the way over the Pali, but it was semi clear on the other side. We made our way to Lanikai, parked...and then walked to the beach.

Lanikai is my favorite beach on Oahu. The sands are gloriously white and the water is a wonderful turquoise-green. Today the weather was a bit rough, so the water was choppier than I'd ever seen it. But that did NOT deter me from getting in the water! Michael, not as eager to get in as I was...followed me into the water. We floated in the surf, dug up rocks and were just a couple of goof balls. :) There is something about the salt water that just makes things better.

Any time I'm at Lanikai, I can't help but think of a trip there with my friend Lehua. Lehua was one of the best friends that I had here on Oahu...and now she is on the mainland, just like me. But we ventured out there on one of my trips back here (before she moved to the mainland)...and well...I can't give specifics...but lets just say that that can of pringles didn't stand a chance against her. :) Love you, Lehua! 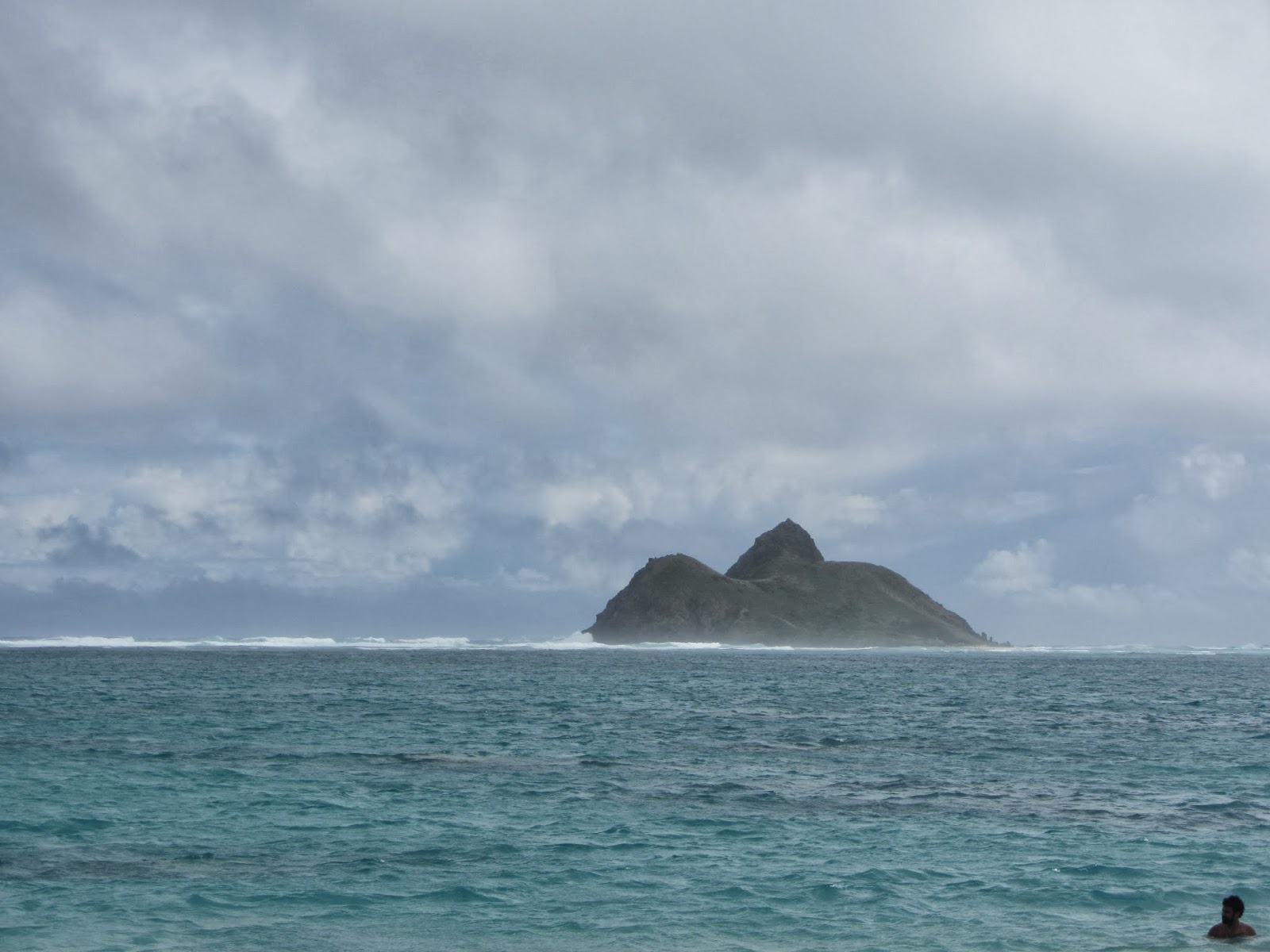 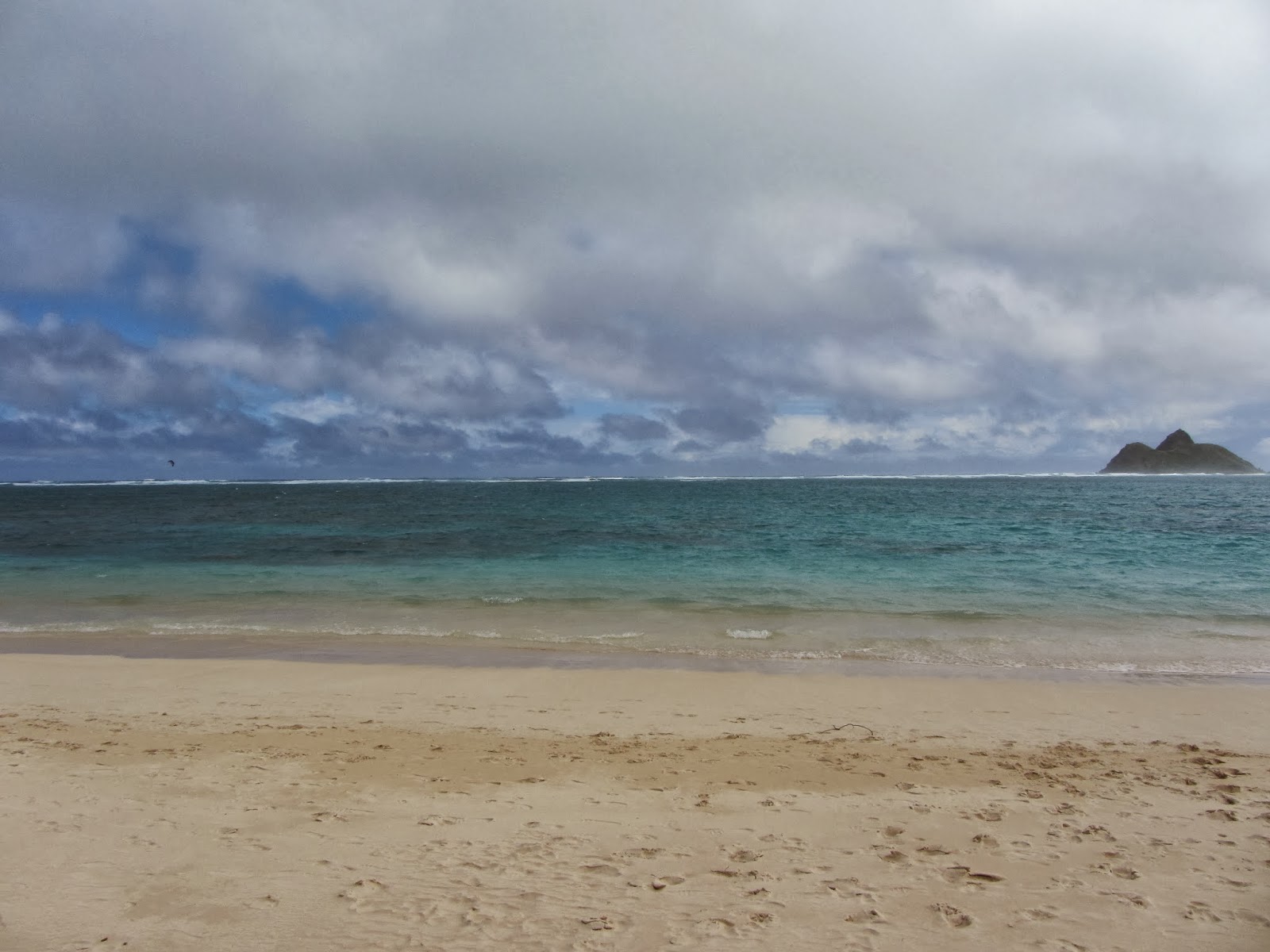 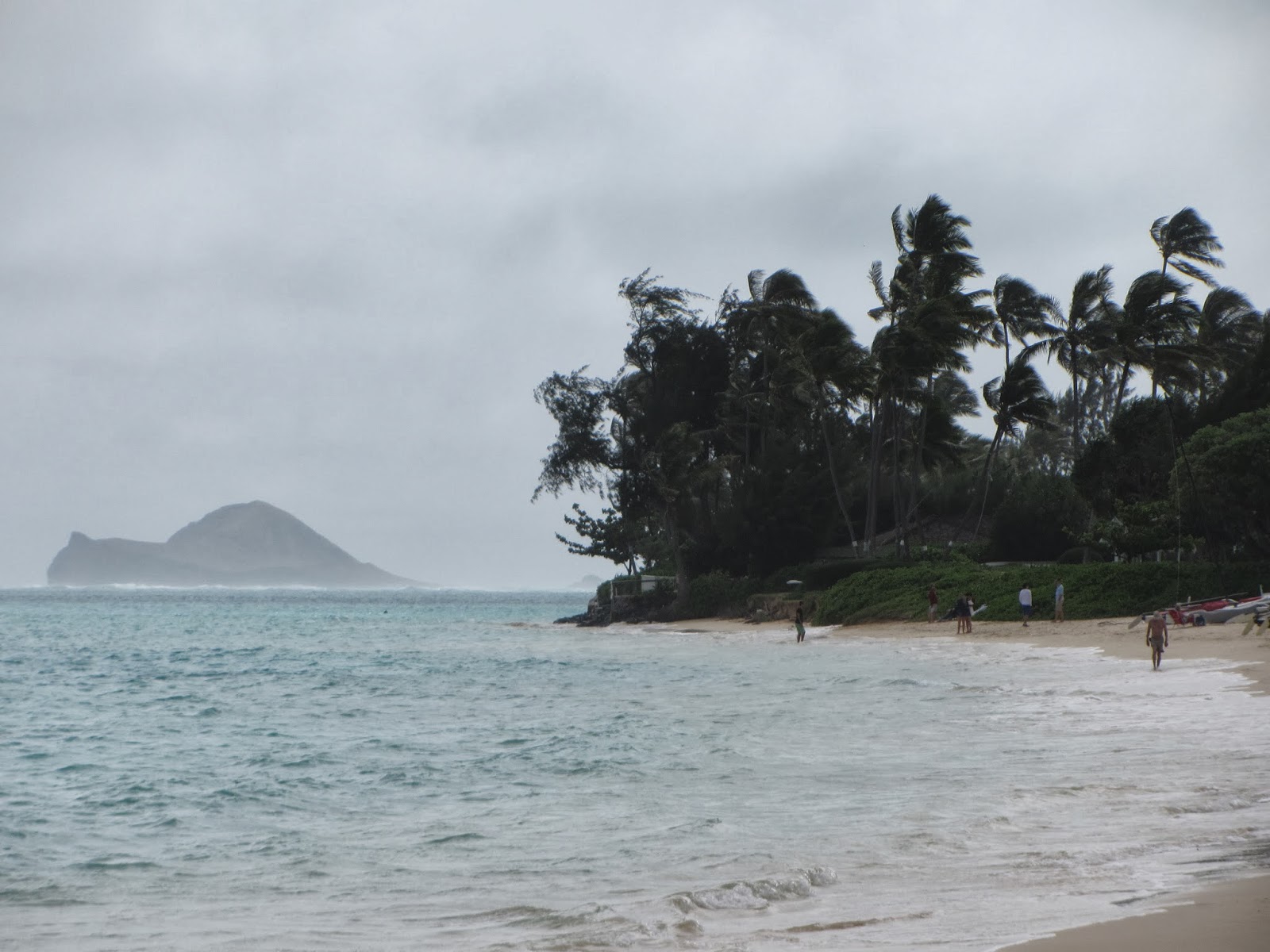 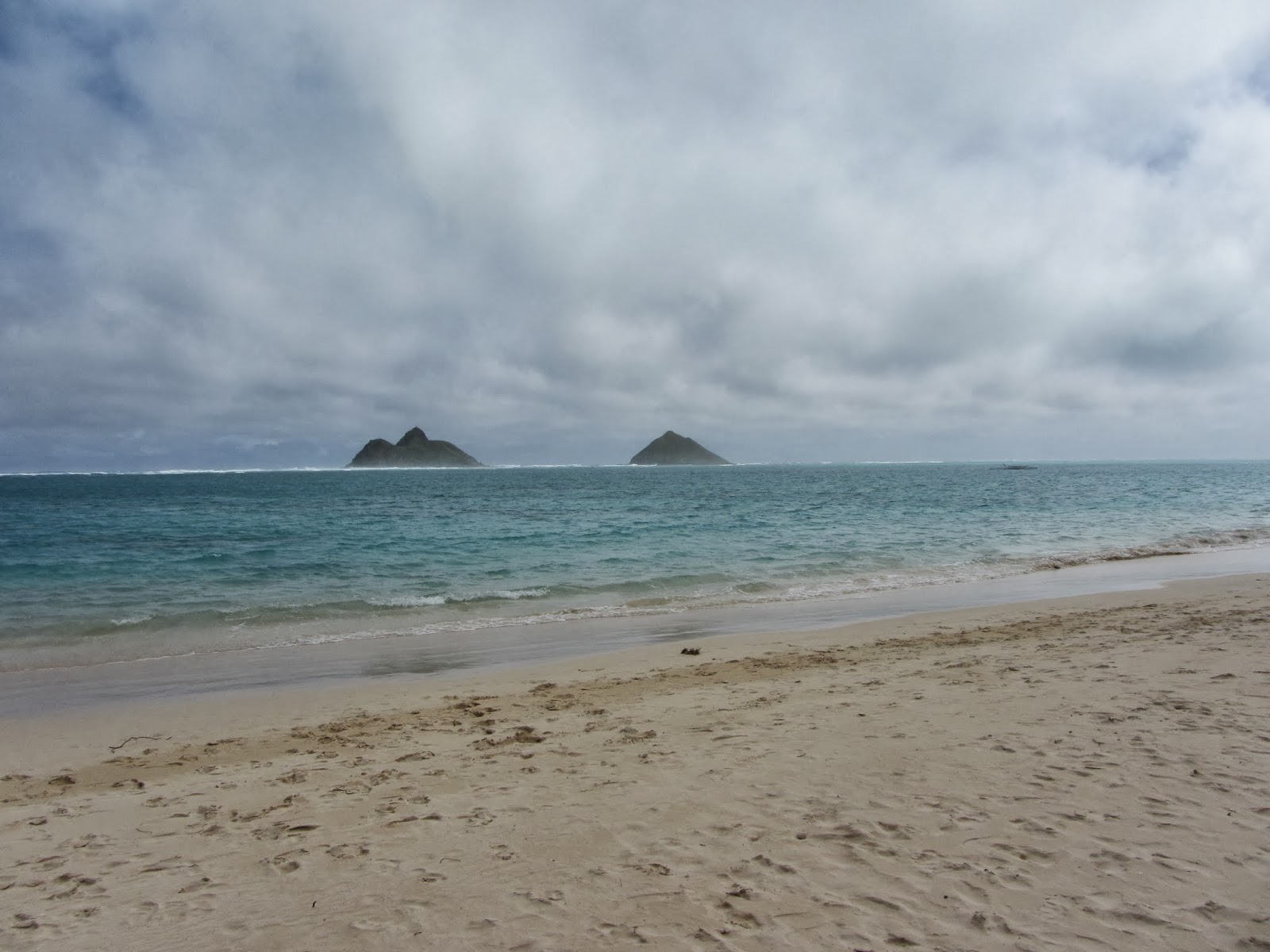 Even though it was windy, and the water was rougher than normal...we enjoyed our time at Lanikai. But we decided to make our way up to Kaneohe for lunch.

On this trip we hit up a few places that we saw mentioned on Diners, Drive-ins & Dives. Today's lunch spot was one of those places. He'eia Kea Pier General Store & Deli is located north of Kaneohe off the Kamehameha Highway...you guessed it...on He'eia Kea Pier! I ended up getting a Guava Chicken Burger with fries. I'm not a big fan of guava...but this was good! They marinated the chicken thigh in guava nectar then grilled it! My mouth is watering thinking about it! We sat at the end of the pier and ate our lunch before making our way south to Makapu'u. 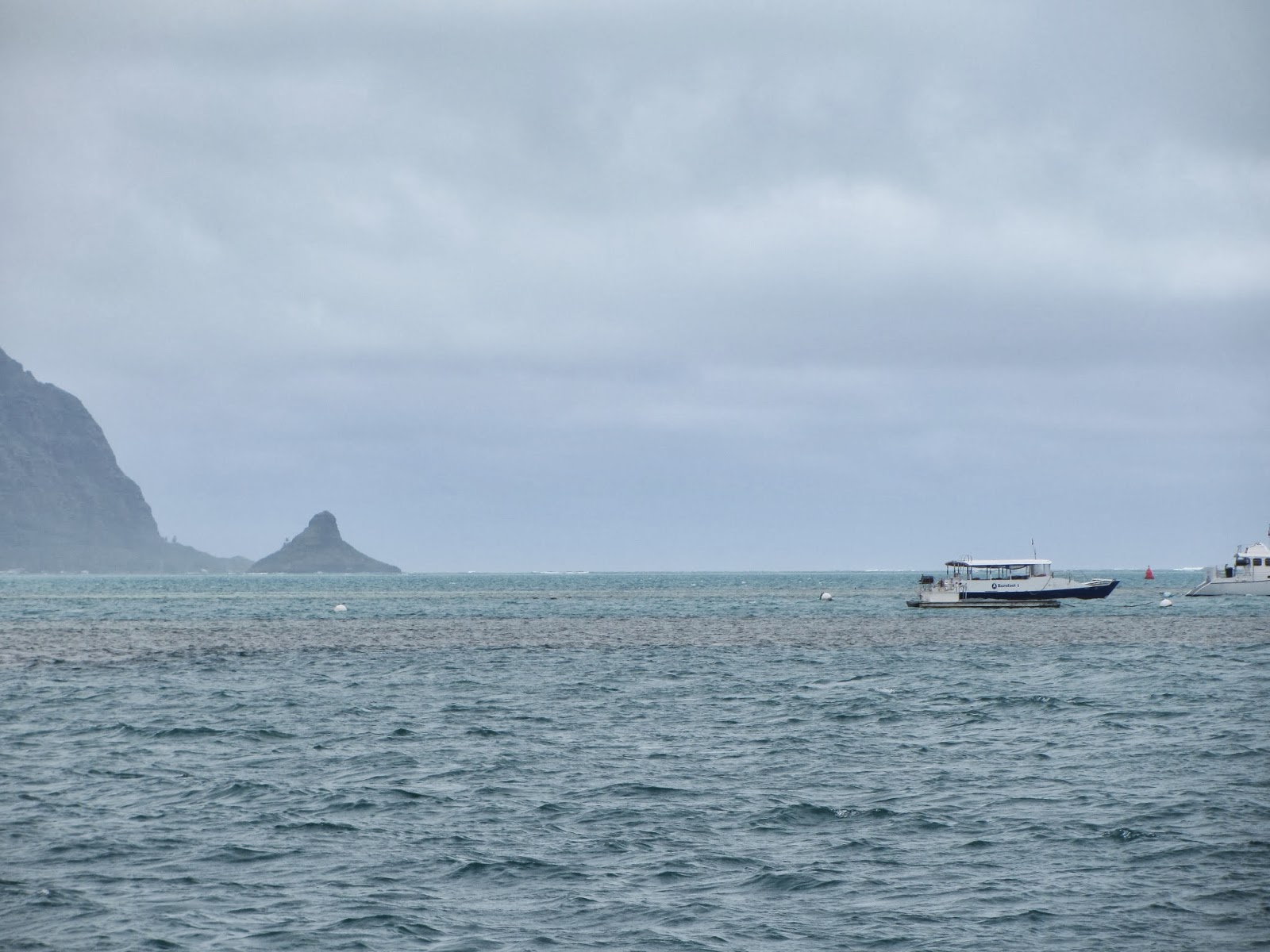 We made our way back down the Kamehameha Highway towards Waimanalo and then into Makapu'u. We stopped at the lookout first before heading to the parking lot where we would catch the walking trail up to the light house.

It was super windy at the lookout, so we weren't too sure what to expect from the "hike" up to the lighthouse. The walk up the path, while steep, wasn't too bad. We made our way up to the top, and were overlooking the tide pools that we hiked to last year! Every time I see the color of the water off the shore of Oahu, I'm always amazed by its beauty!

We stopped at several different points to look out over the mighty Pacific hoping to spot a spouting or breaching humpback whale. But we didn't have any such luck. So we made our way up to the point above the lighthouse. We were the only ones up there for a while, so we had the lookout platform all to ourselves.

Looking out over the vast expanse of the Pacific...it's hard not to feel small. Every time I'm near the ocean, I'm reminded of its power. I'm reminded that I need to respect it as well as fear it. We stood there looking out over the water for a while, then decided to make our way back down to the car. At one point we stopped because people on the trail saw a whale spouting and doing a fin slap. We caught the tail end of it breaching and then it was gone. I wish we would have been able to go on a whale watching cruise while we were here...but the water wasn't ever really calm enough to make a trip feasible. 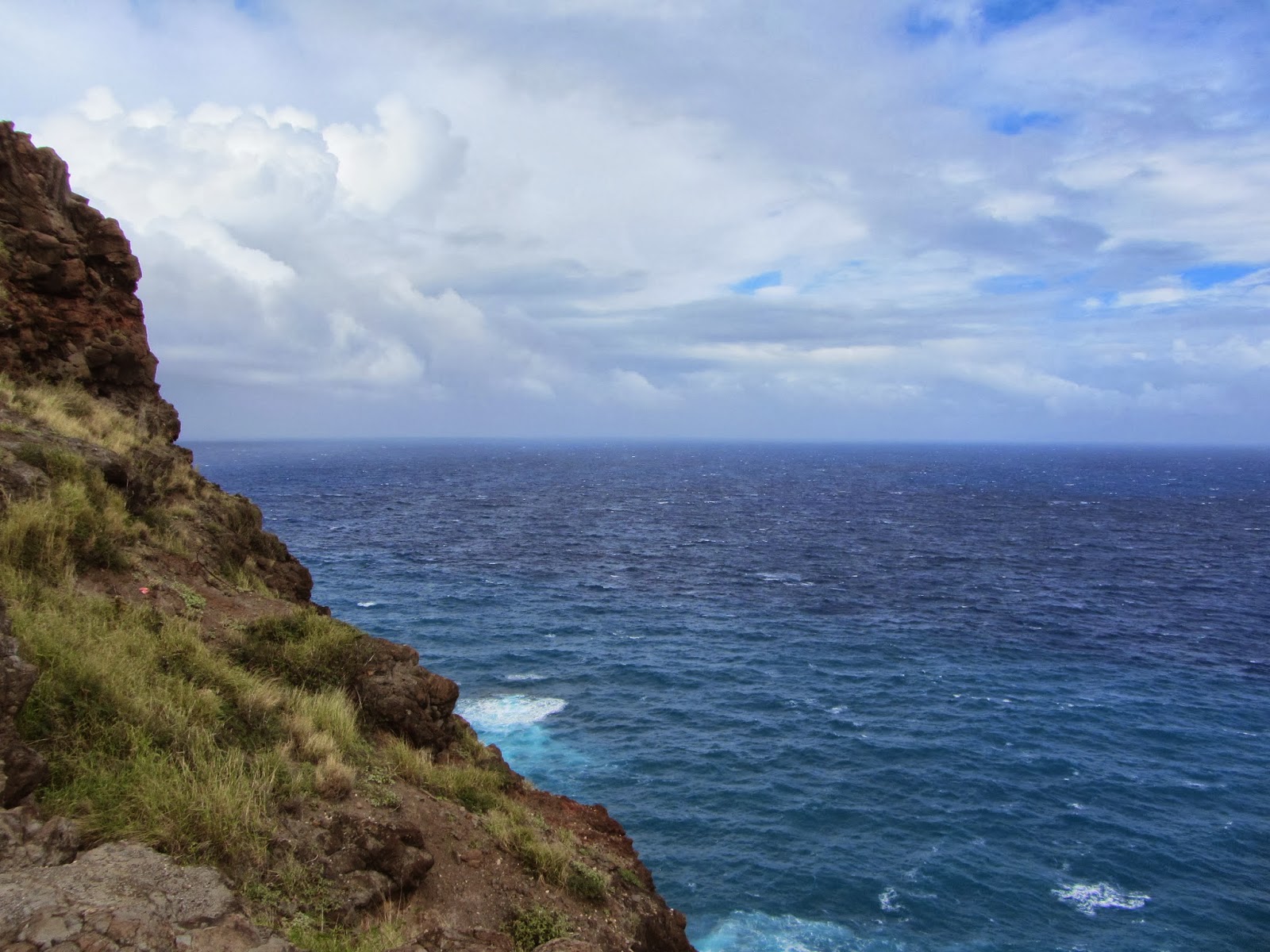 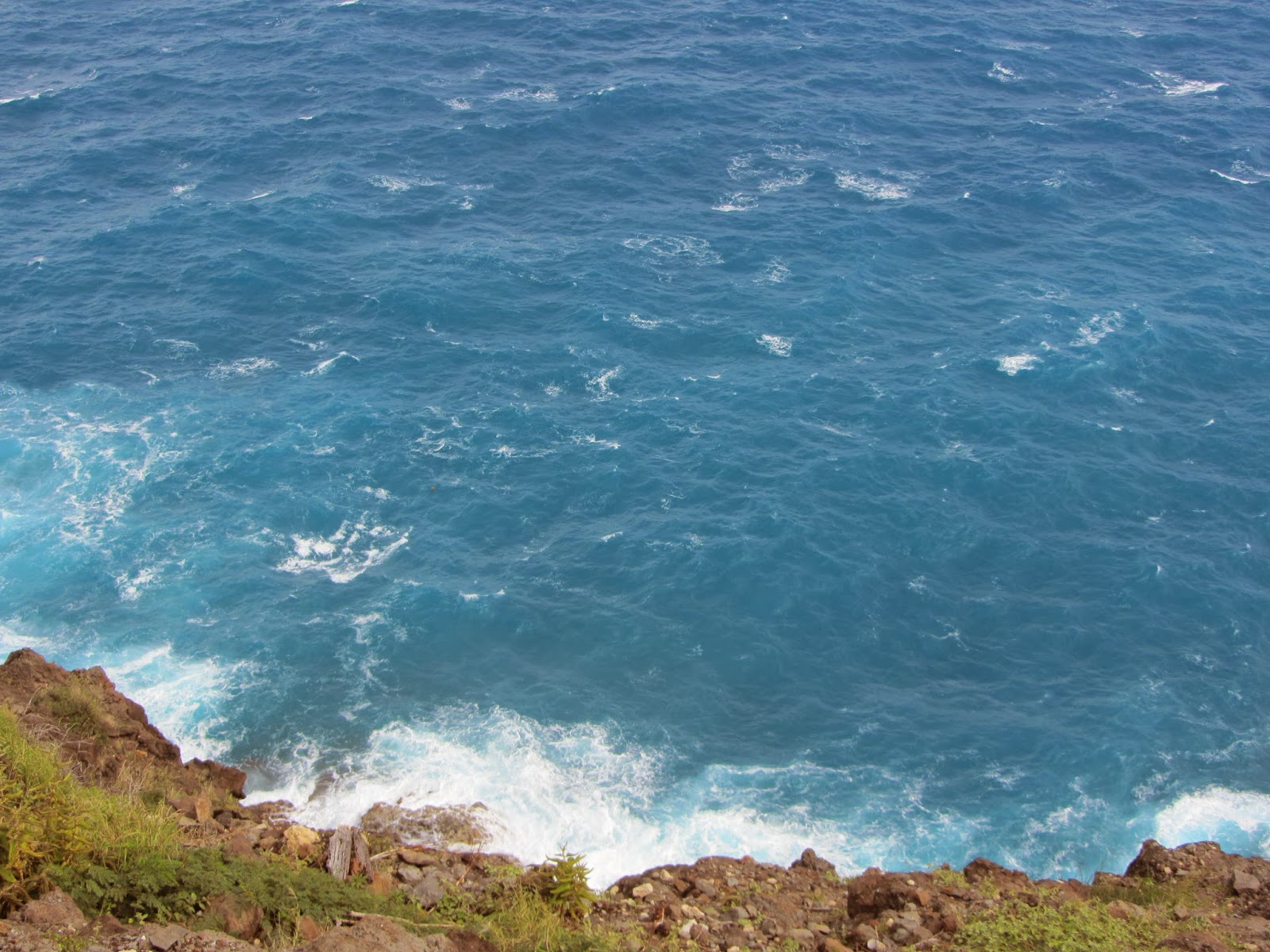 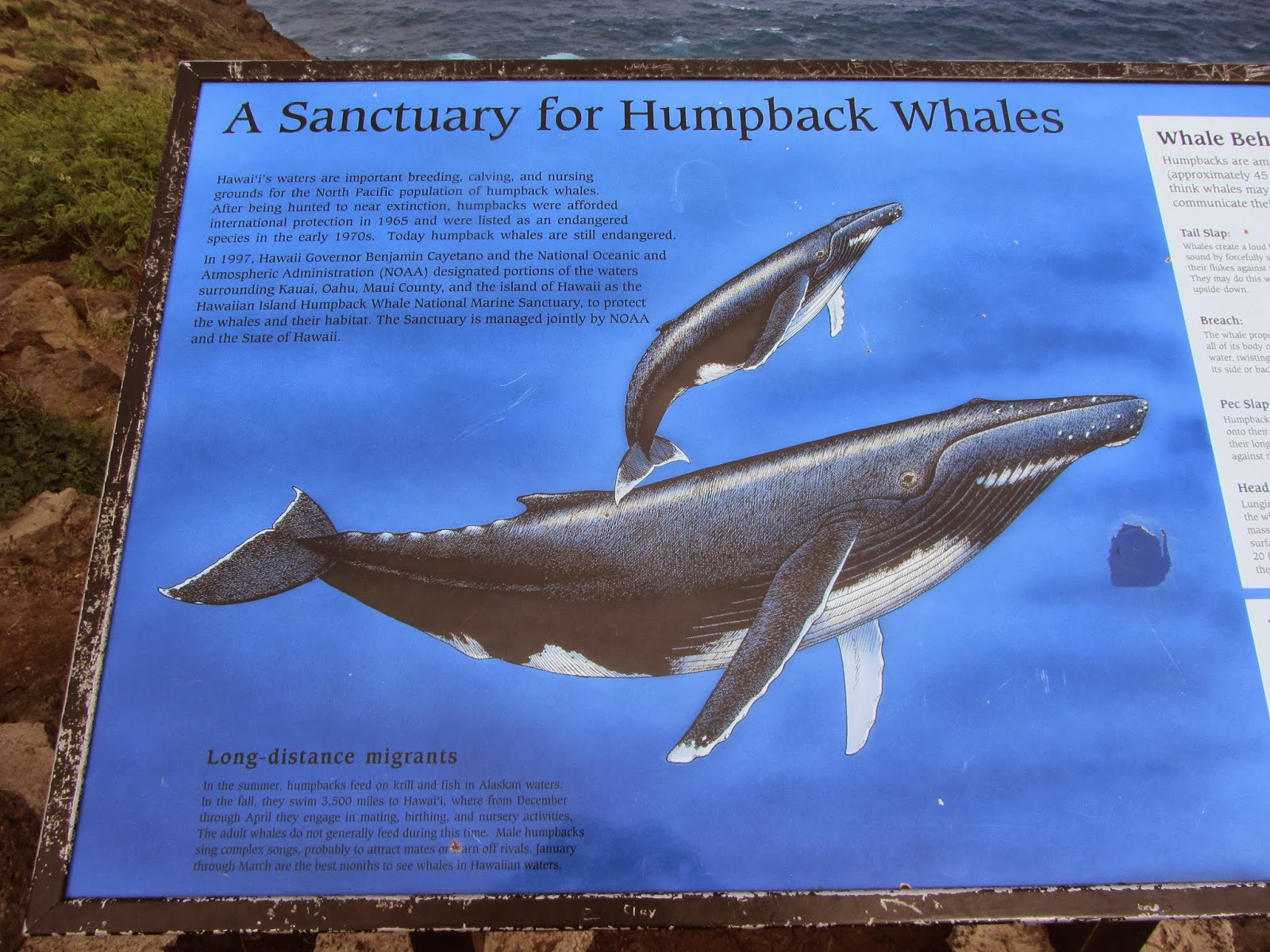 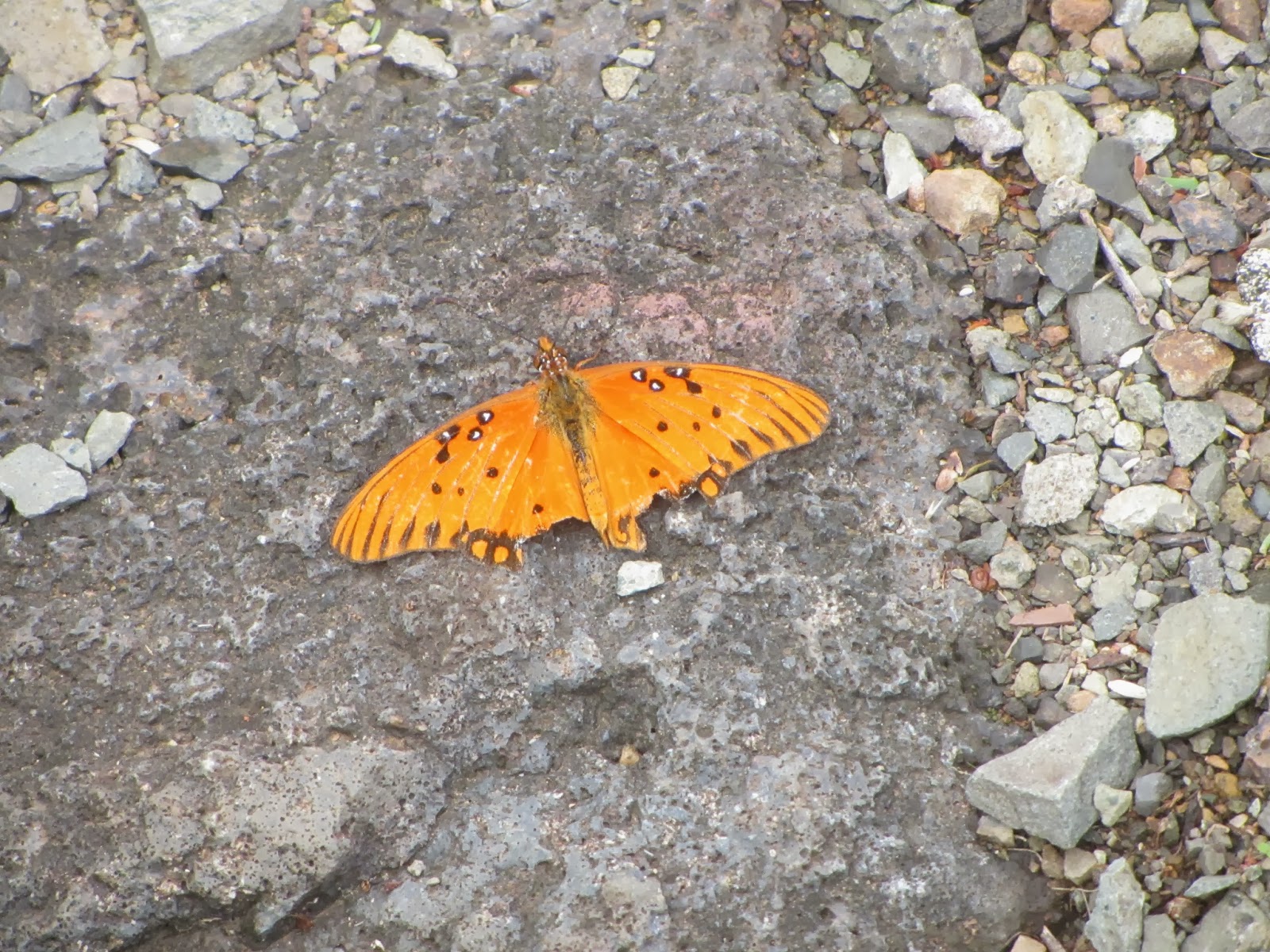 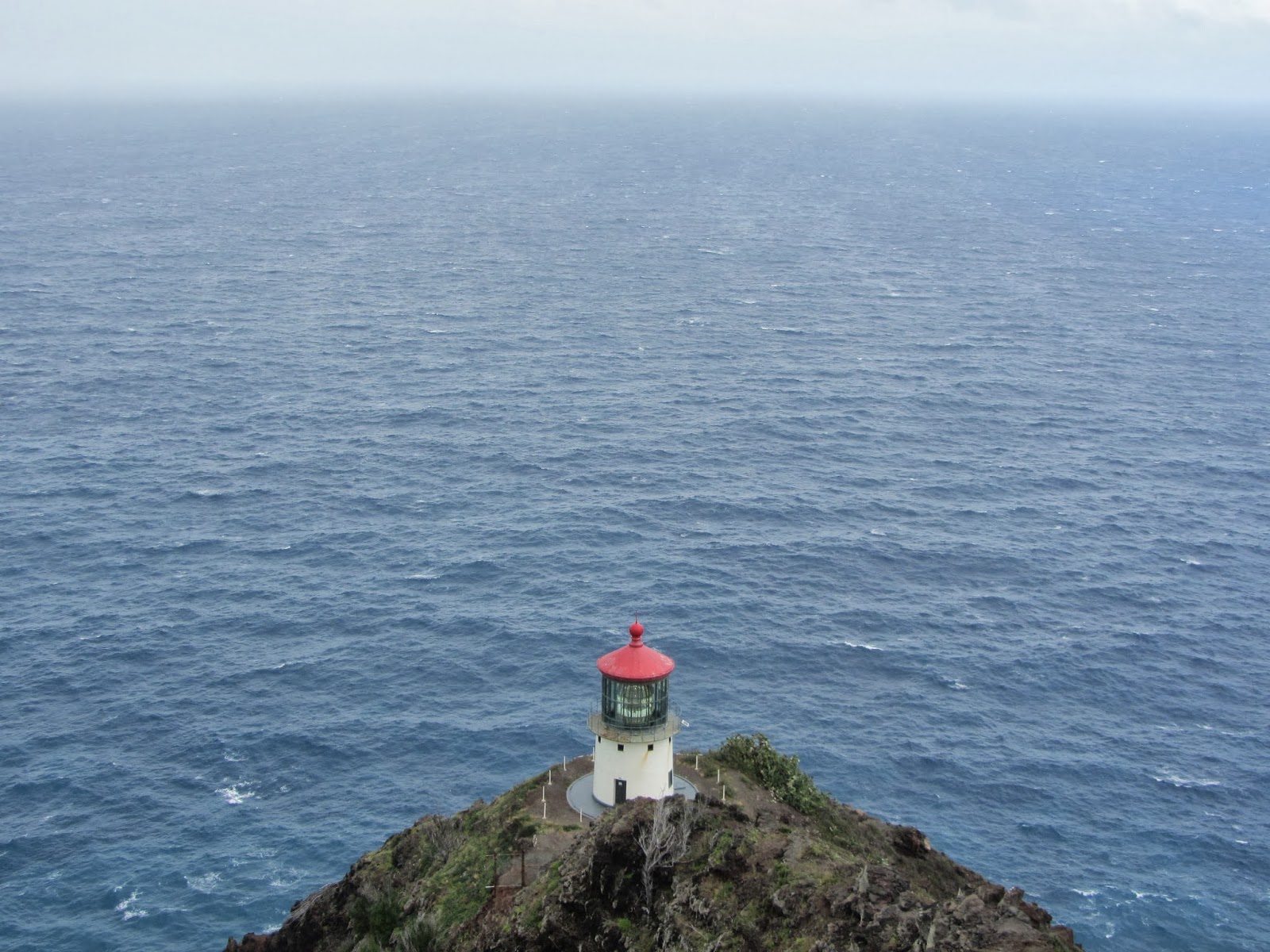 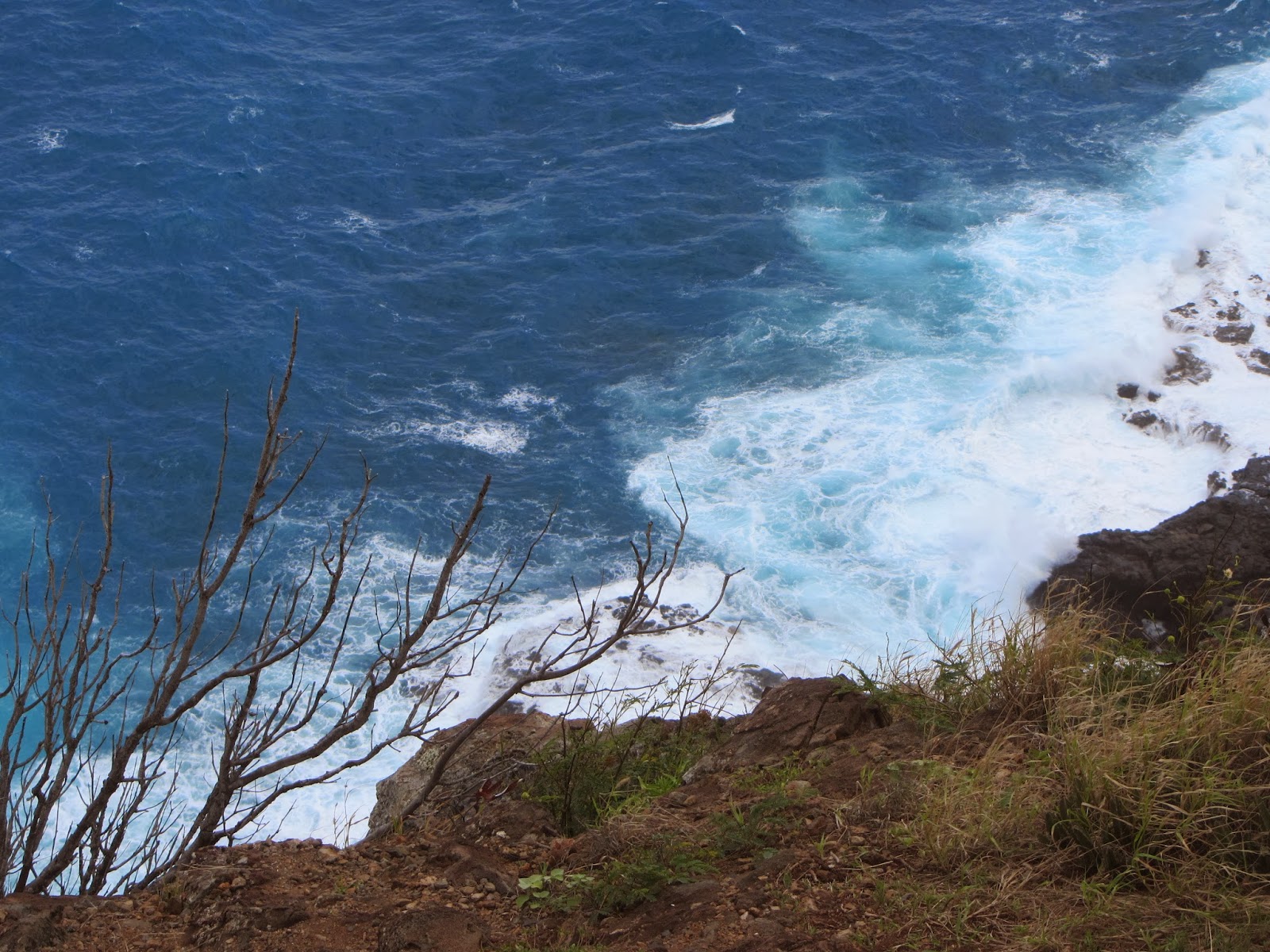 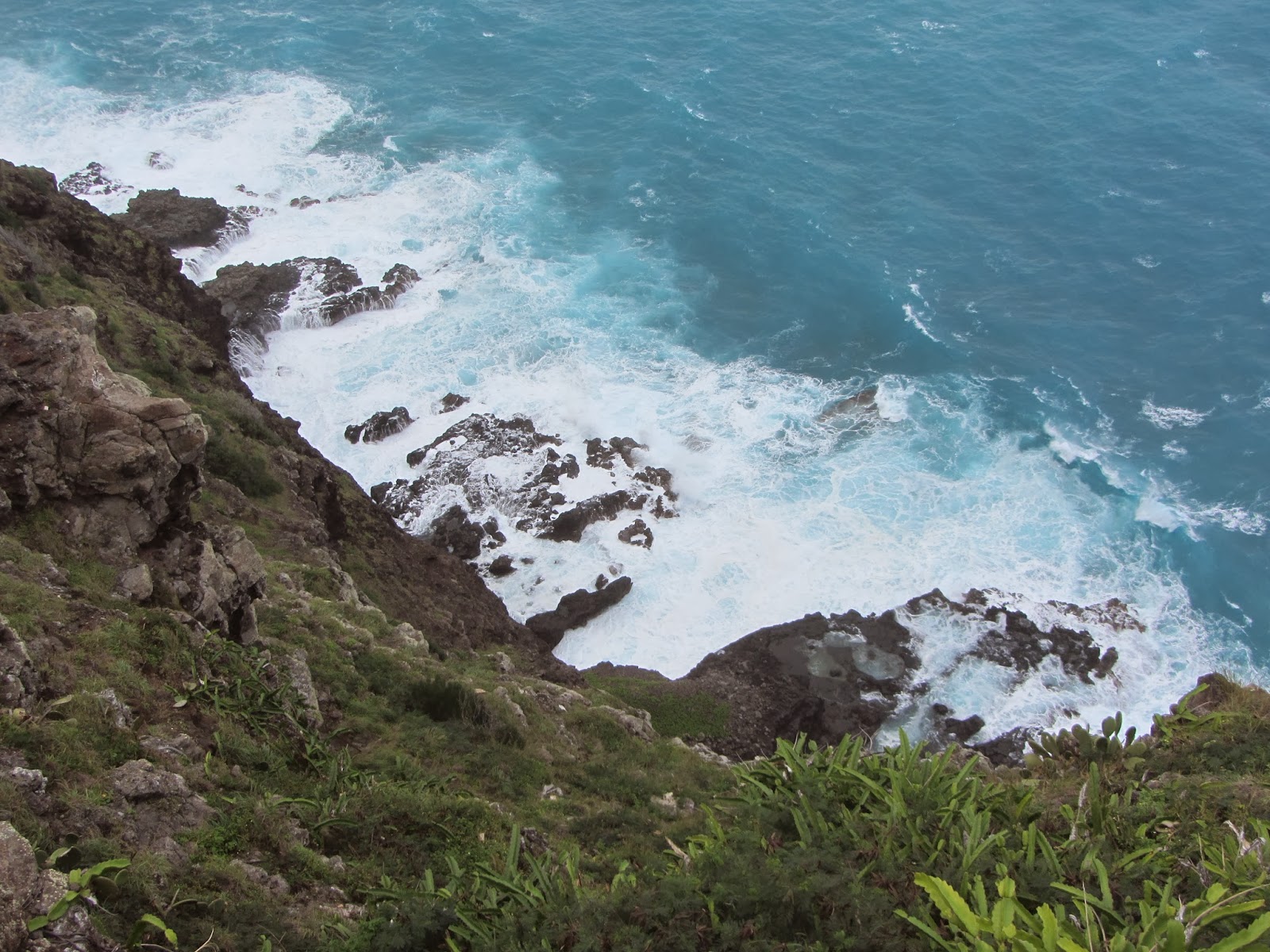 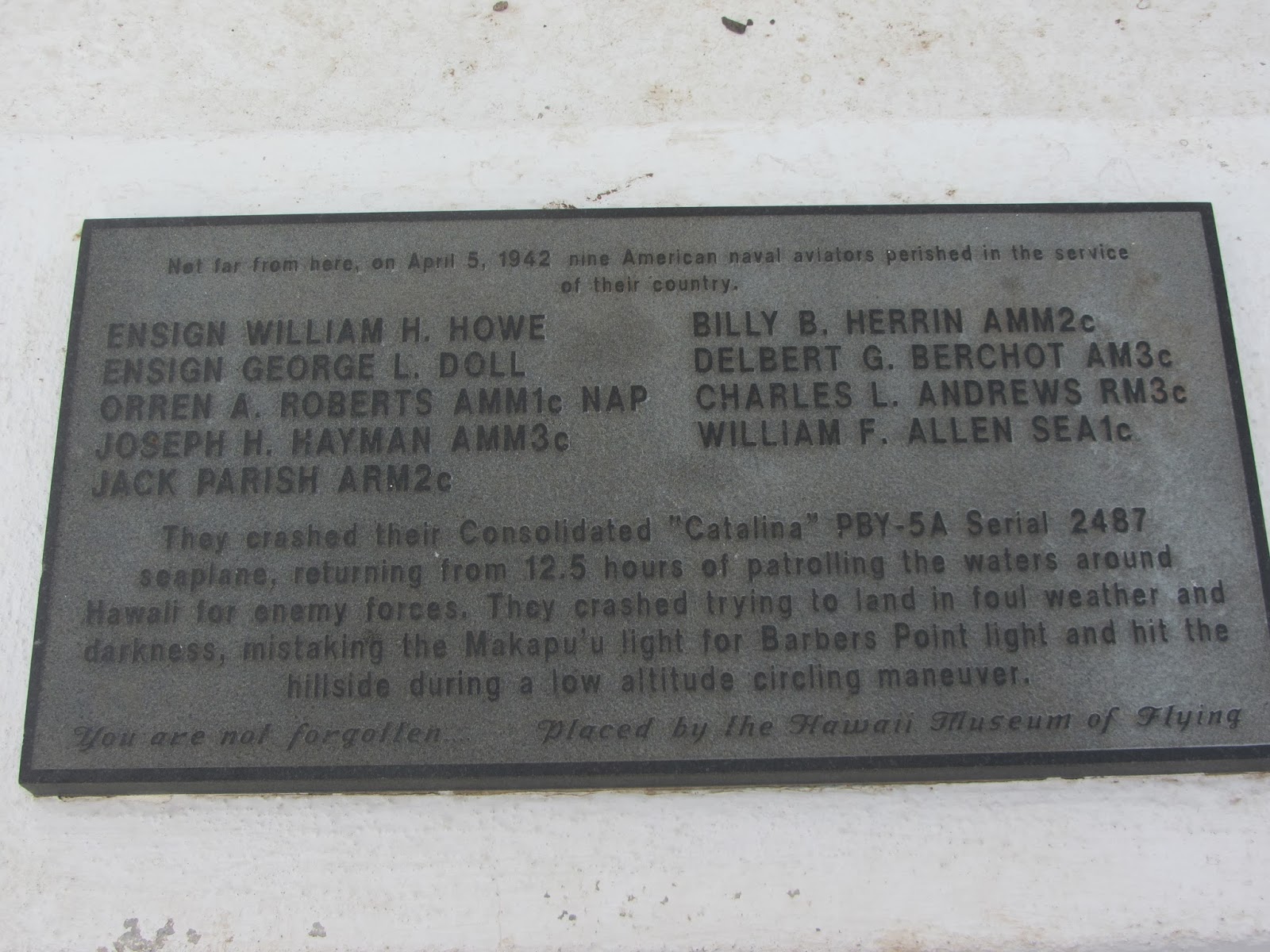 We had such a great day on the windward side of the island. While the weather wasn't "perfect," it was just what we needed. It wasn't too cold to be in the water...and it wasn't too hot to hike up to the lighthouse. I couldn't have asked for anything better.

Tonight I sat on the lanai and caught our final sunset of the trip. The end of this vacation is bitter sweet. But Michael made a good point at dinner tonight...it's good that it's bitter sweet...because that means that you still feel you have ties to Washington. And that is true. My sister and her family are there, Michael's parents are there...and that is where our current home is. I'm looking forward to going home only because I know this isn't our last trip to Hawai'i. 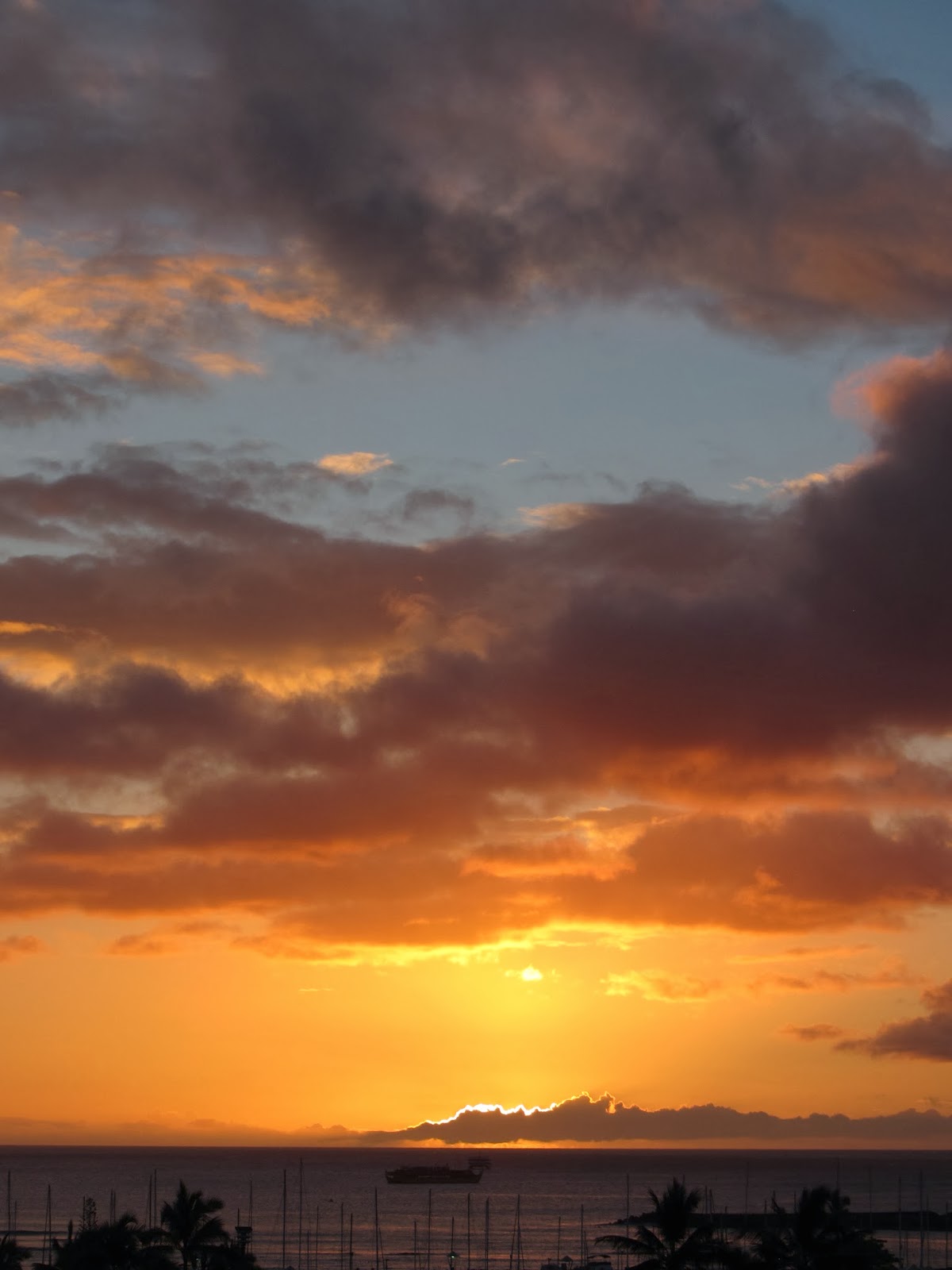 Until next time...Keep Cooking.
Posted by The REAL Housewife of Snohomish County at 2:41 AM