Today turned out to be a pretty low key day here on Oahu for us, but that isn't always a bad thing. I find when people go on vacation, they always feel that they have to be going here or there and filling every minute with activities. That's one thing that I love about vacationing with my husband, we don't "plan" things as much as we have things in mind that we want to do...and then let the day dictate what we do.

This morning we rolled out of bed around 7:15. Who gets up early on their vacations you ask? We do! :) It's not that we are morning people as much as it is that it's 9:15 in Seattle, and our internal clocks are still on that time. LOL :)

Just as I've done the past few mornings, I got up and brewed some Kona coffee and made our breakfast. After enjoying some fried spam, we put on our board shorts and headed to Hanauma Bay. Last year when we were here we spent almost four hours snorkeling, and because of that we each had some mighty fine sunburns on our backs and calves for the last few days of our trip! So this year we slathered the sun block on each other and headed for the beach.

Before heading to Hanauma, we stopped at Walmart so we could buy a water resistant watch (to keep track of the time we were in the water lol) and I wanted to buy one of those cheesy underwater cameras. I'm so curious as to how those pictures will turn out, considering I haven't used a disposable camera in over 15 years!!! I couldn't wait to get into the water and snap some pictures. I felt like a total amateur though when some kids swam by me with their REAL digital water proof cameras! **hangs head in shame**

Today we spent only a few hours in total at Hanauma Bay. After the recent storm that passed, the water was still a bit rough, even in the bay. The currents were actually pretty strong as well. After snorkeling inside the reef closer to shore, we decided to make our way across the reef into a bit deeper water. Now, like morons, we decided to just make our way over the reef. Word to the wise...do NOT do that! It was pretty shallow, and you are told NOT to touch the reef at all. Well we managed to make it almost the entire way across the reef and just as we were getting to an opening a wave came in and caught us both off guard. We were both banged against the rocks (luckily the rocks we banged weren't sharp). As we made our way into the opening we came up above the water and compared our injuries. LOL. Mike hit his hand and knee pretty good, and I did the same. I had a TINY cut on my right knee...and of course the only thing going through my mind afterwards was..."A shark can smell a drop of blood from MILES away." LOL. But I wasn't bleeding at all, and I think the only thing that was really hurt on the both of us was our pride.

After snorkeling for a while, we decided to head back into shore. Now there is an opening in the reef and they had two buoys that held signs stating that there was a strong current. They were NOT lying. As we made our way through the opening, it was like swimming upstream! At one point I looked forward and saw a school of these long, skinny, silver fish in front of me attempting to make it inside the reef as well! If I would have had a chance to, I would have taken a picture because it was a humorous moment!

We eventually made it inside the reef and headed for shore. After our amazing and idiotic trip outside the reef we decided we'd had enough snorkeling for the day and headed back to town. I did plan to try and get the film developed today, but after making it back to our room, we had a beer and took a nap! :)

After waking up from our nap I made my way out to our lanai to catch tonight's sunset. While sitting on the lanai I started seeing the spouts from humpback whales. I even saw a whale breach...from my lanai! Crazy! It was such a gorgeous evening to sit and watch the sunset. It made me think about when I lived here. I met some people that were here on vacation and one of the guys shared his blog with me. He posted about his trip here and about the amazing things that he noticed. The one that stood out was when he watched the sun set over Waikiki. He said that at the moment the sun was setting everyone on the beach stopped and watched as it sank below the horizon. I realized while reading that that I had lived on Oahu for over a year and never watched a sunset over the ocean. The next weekend I made my way down to Waikiki and sat on the beach to watch my first Hawaiian sunset.

As humans we take so many things for granted. All around us are the most amazing and beautiful things, but because we are so caught up in our daily lives and routines...we never notice them. Living in the Pacific Northwest, I take for granted the beauty that surrounds me. But as I'm driving down Main Street to go to the grocery store, I look out over the Sound to the Olympic Mountains and I smile as I take in the beauty. How often do you stop and "smell the roses?" Are you too busy to stop and look at what's around you? Even in the middle of a city there are beautiful things...things you see every day but don't really pay attention to. I encourage all of you to stop and watch a sunset, wherever you live. We live on an amazing planet that provides all of us with beauty and splendor...take a moment to enjoy it.

Before I go I want to share a few pictures with you. Hopefully in the next day or two I'll get this film developed and share my snorkeling pictures with you...that is if they turn out! :) Until then...enjoy these pictures. 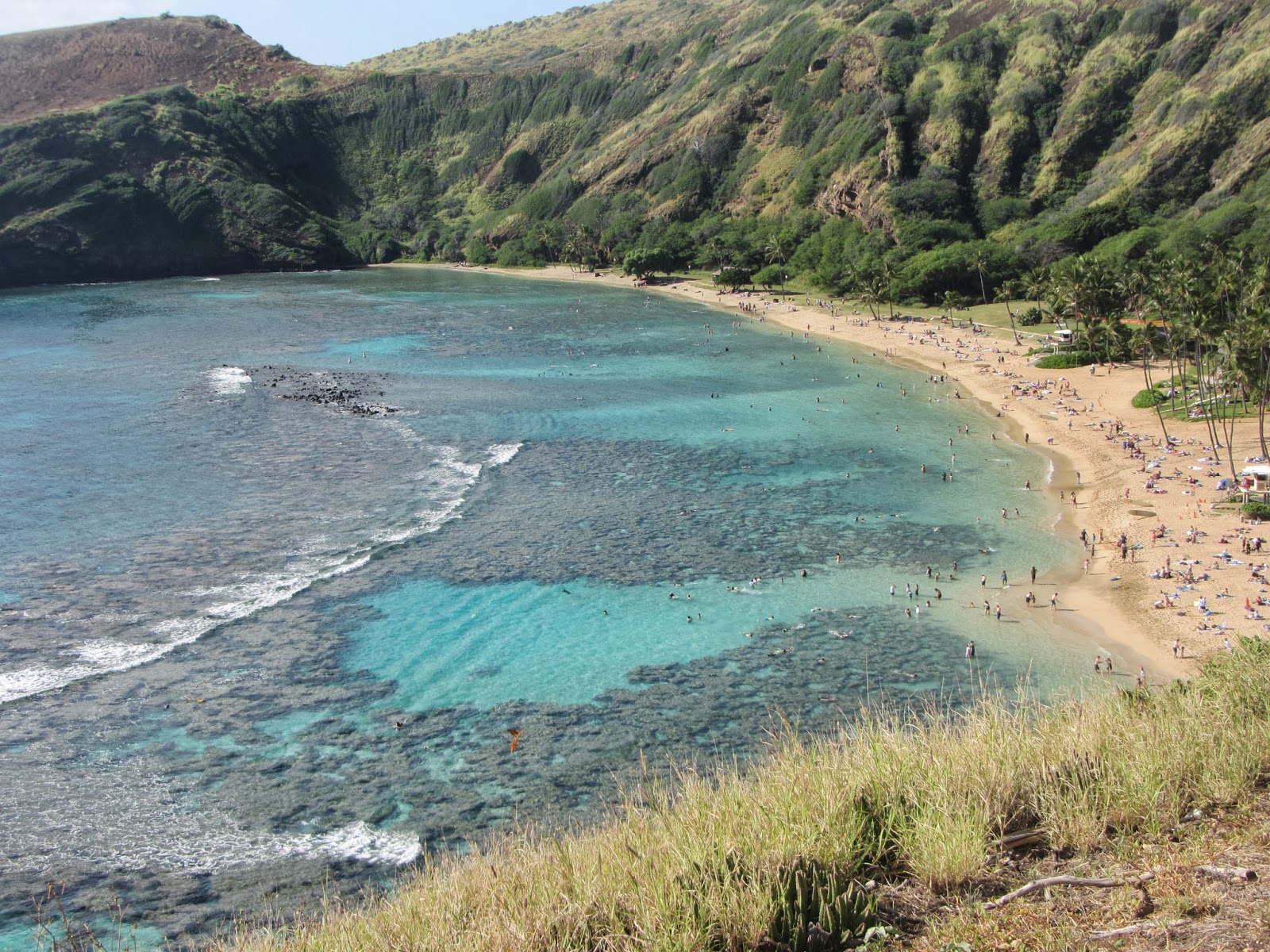 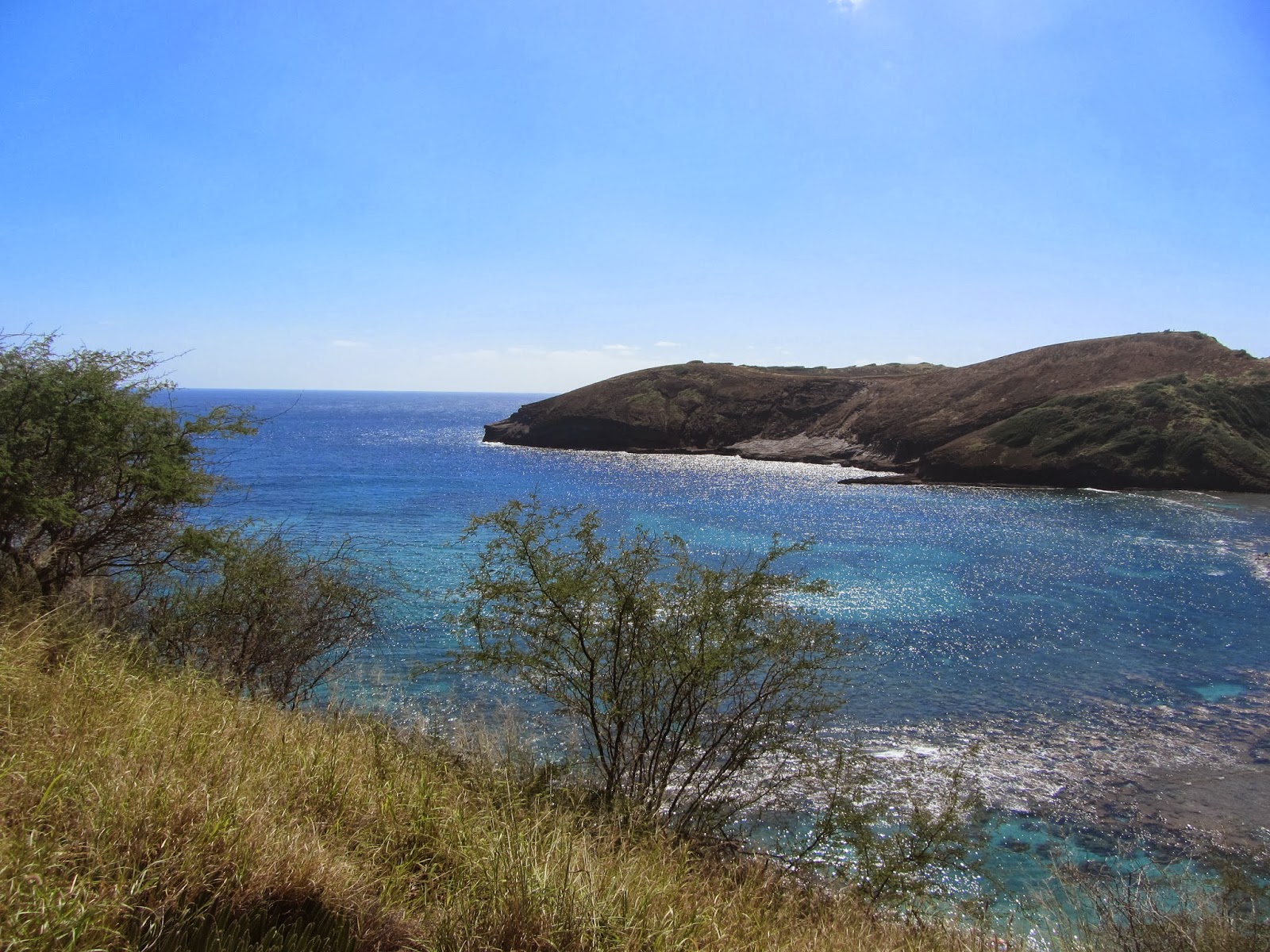 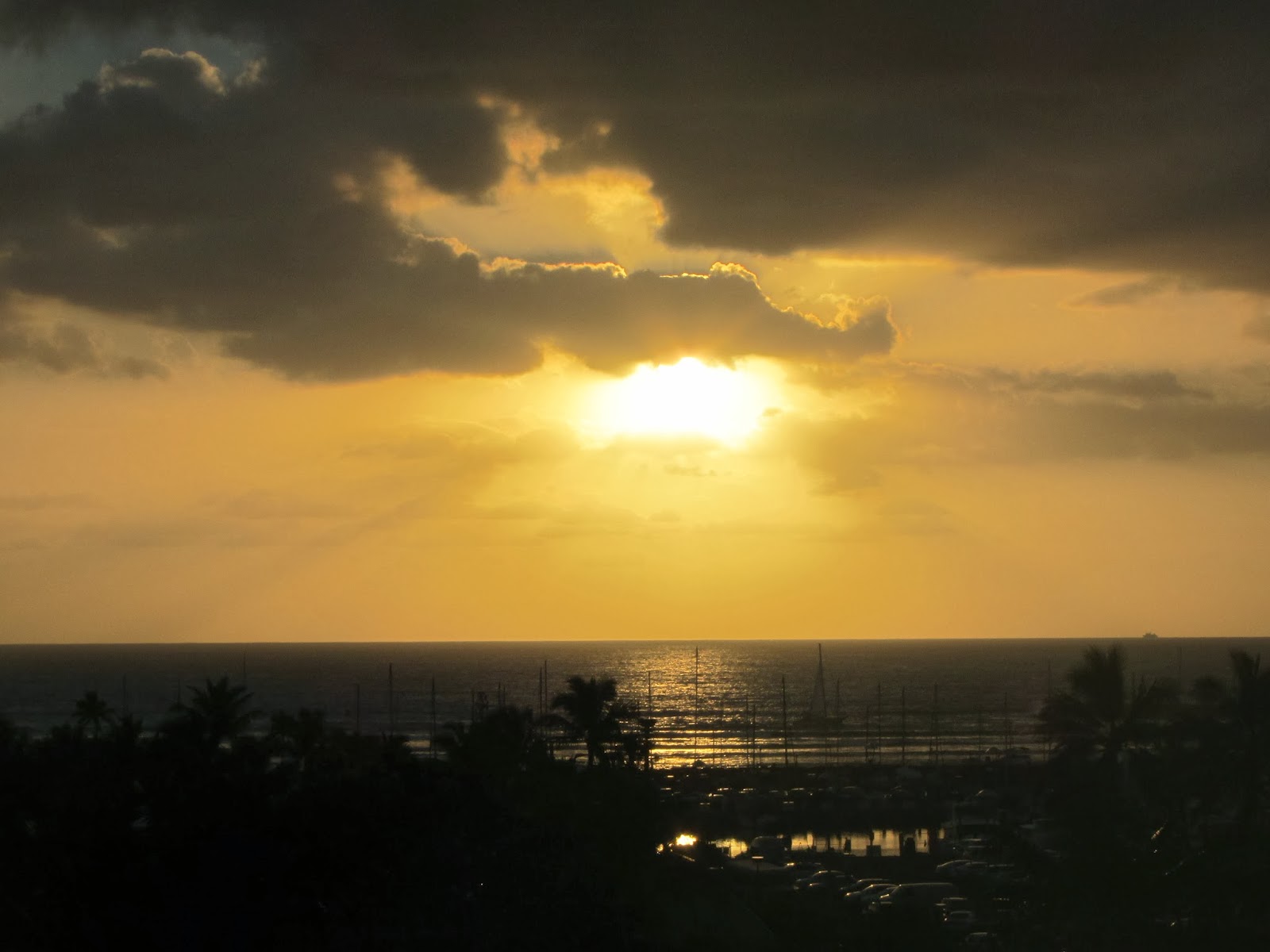 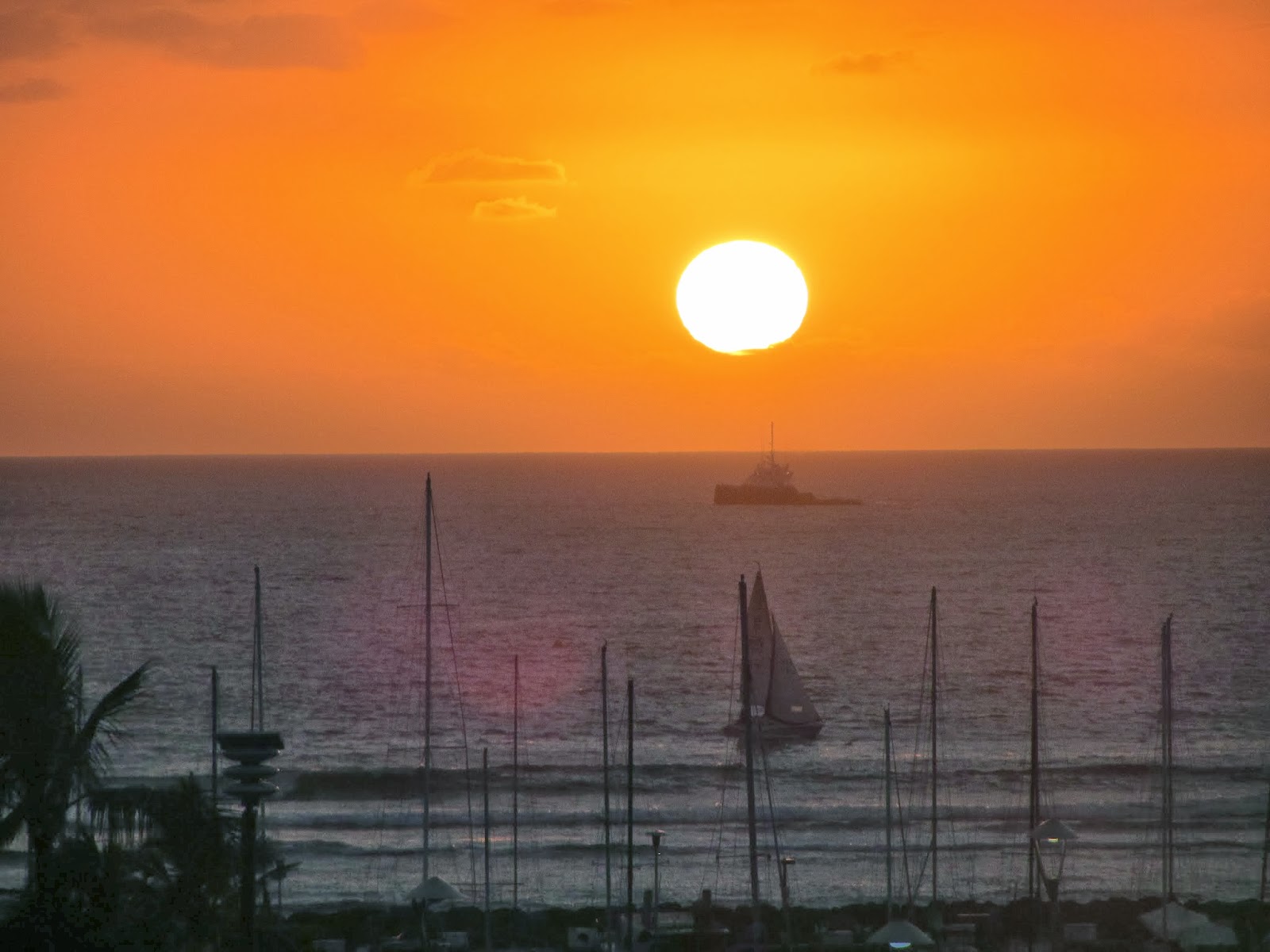 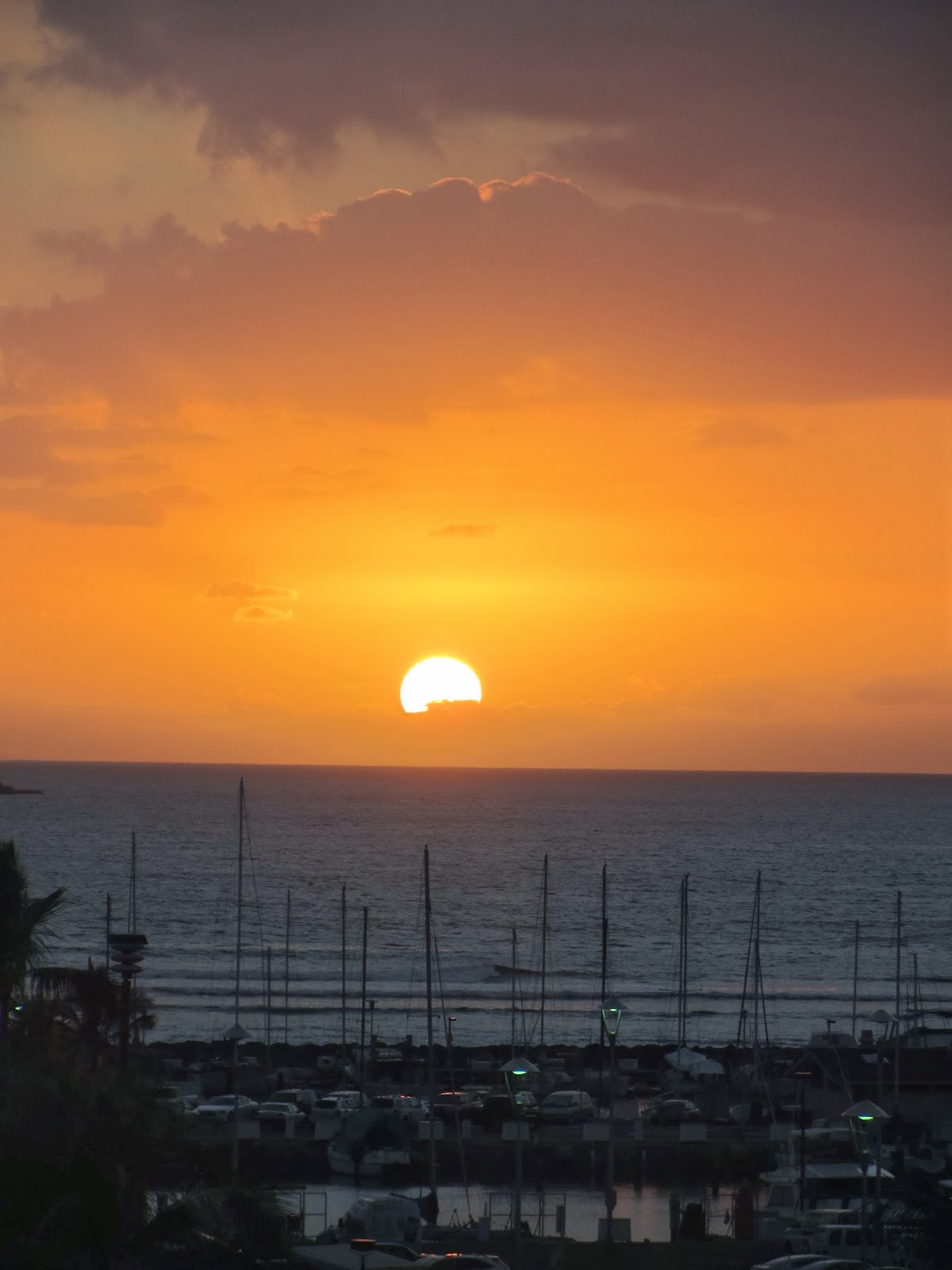 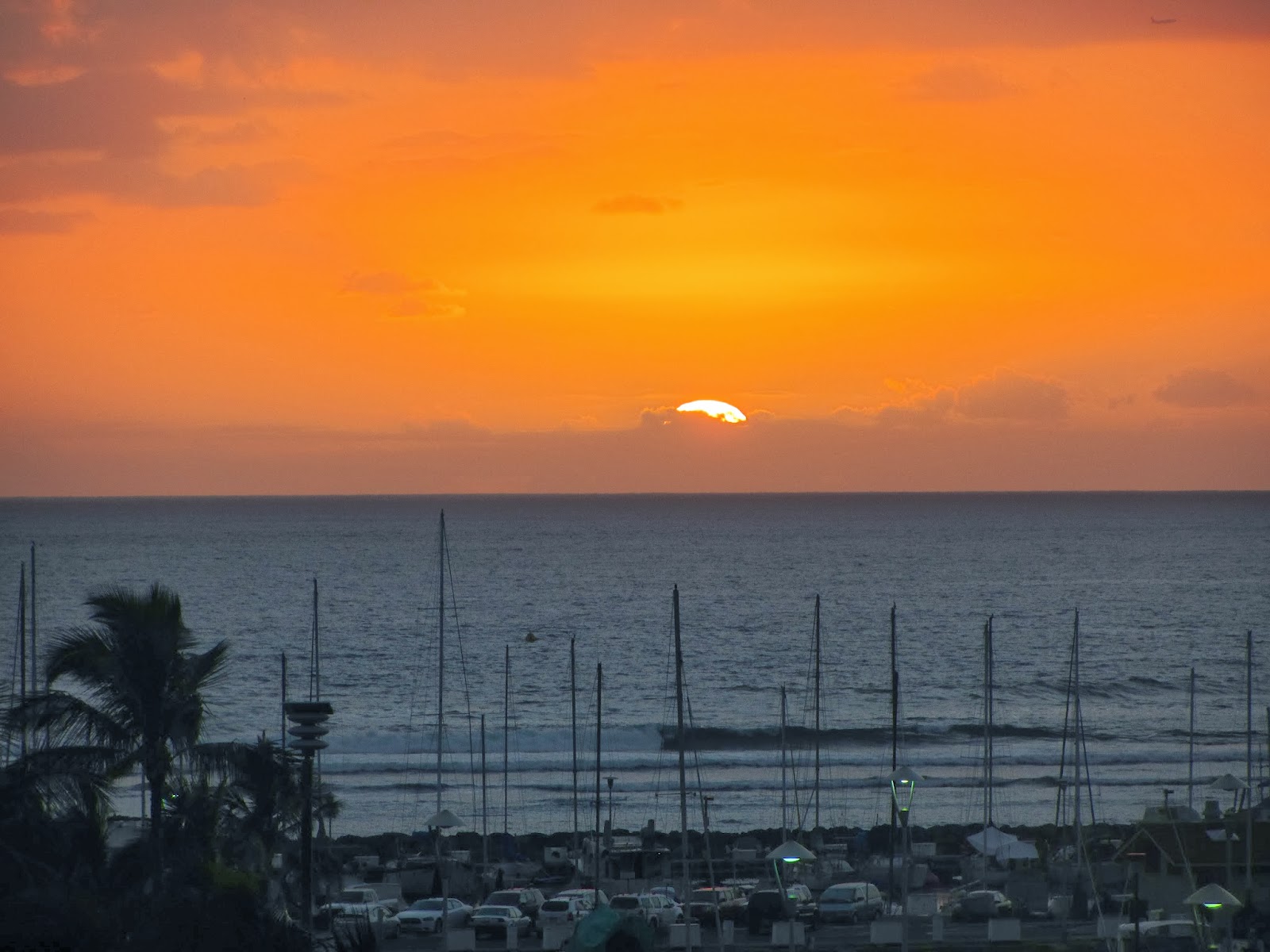 Until next time...Keep Cooking.
Posted by The REAL Housewife of Snohomish County at 2:36 AM