What was suppose to be a stormy day here on Oahu, turned out to be a day full of adventure as well as a somber moment.

Michael and I crawled into bed last night as the winter storm raged across the island of Oahu. The wind was blowing the palm trees all over the place and the rain was beating against the lanai door. The storm came earlier that they predicted, so we went to bed not knowing what the morning would be like.

When we woke up, the sun was out and there was a breeze blowing. But looking out onto the water I could tell that it was still choppy and rough. While making breakfast I had the TV on so I could listen to the weather report. They were expecting 35 to 45 foot waves with an occasional 50 footer on the North Shore. So like any good tourist, we finished our breakfast and made our way back up to the northern side of the island.

We took the Pali highway up over the Ko'olau Mountains and through Kaneohe...making our way up the windward coast of Oahu. We could see the waves that were pounding the windward coast, and no one was out in the water. As we got closer to the North Shore, traffic started to back up because everyone wanted to see the waves that were the biggest to hit in a decade! We parked at one of the beaches east of Waimea and decided to just walk the rest of the way so we wouldn't have to deal with the traffic. This proved to be a smart move on our part!

I can't even begin to explain to you the awesome power of these waves. I took quite a few pictures, but unless you are actually standing on the beach, hearing the roar of the waves...you can't really get the feel for how large and powerful they really are. We parked at Pipeline Beach and made our way west. 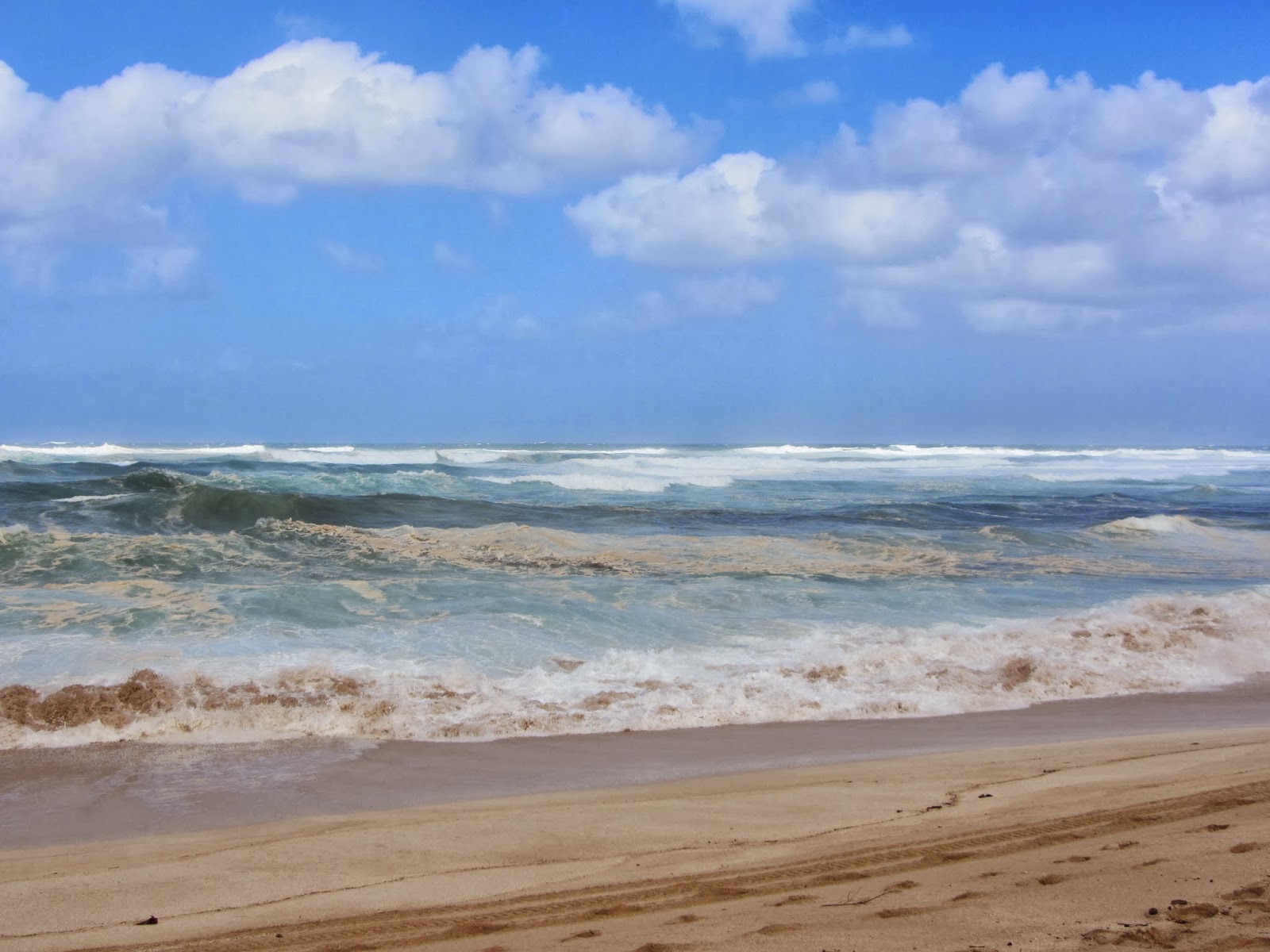 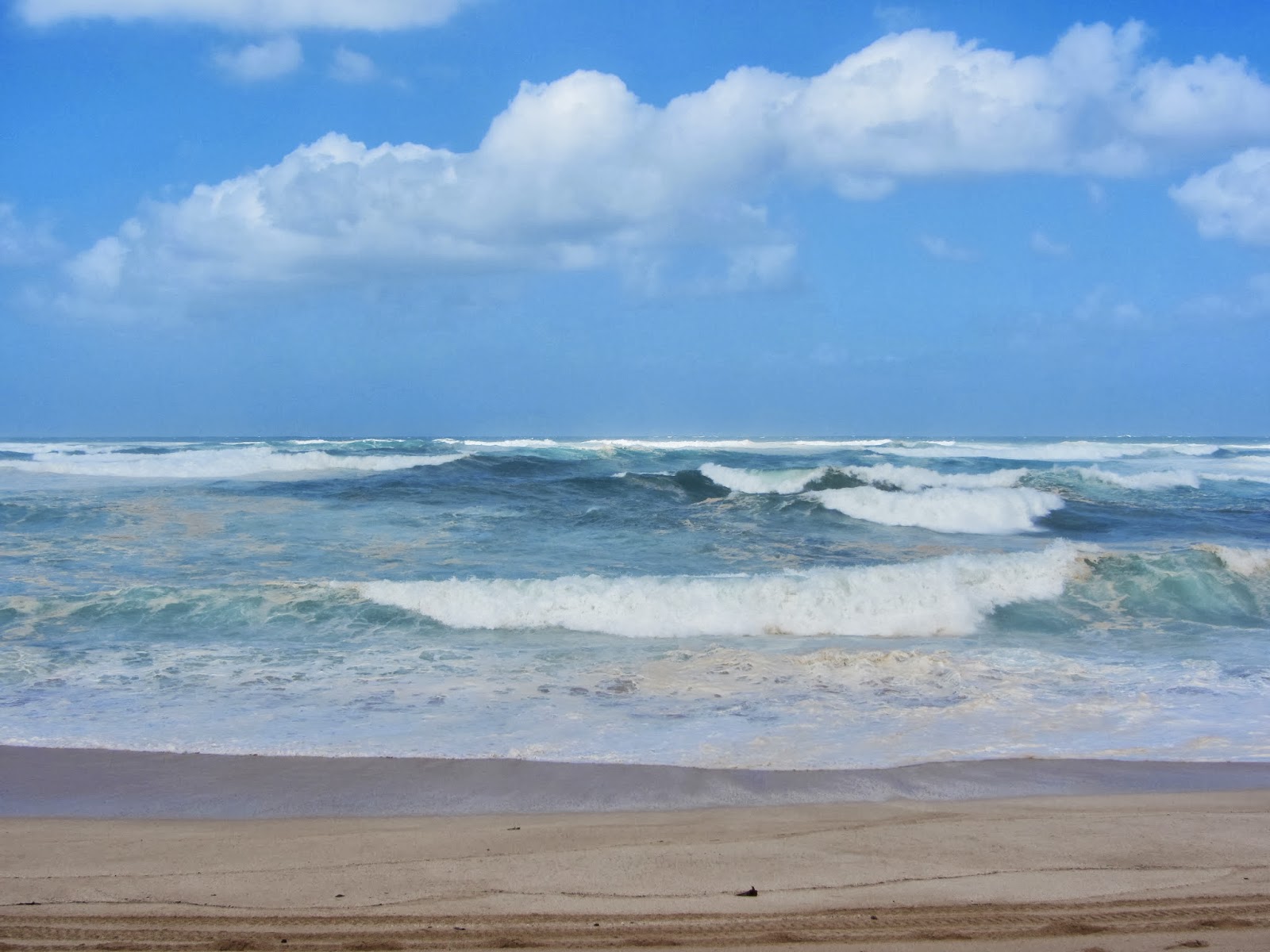 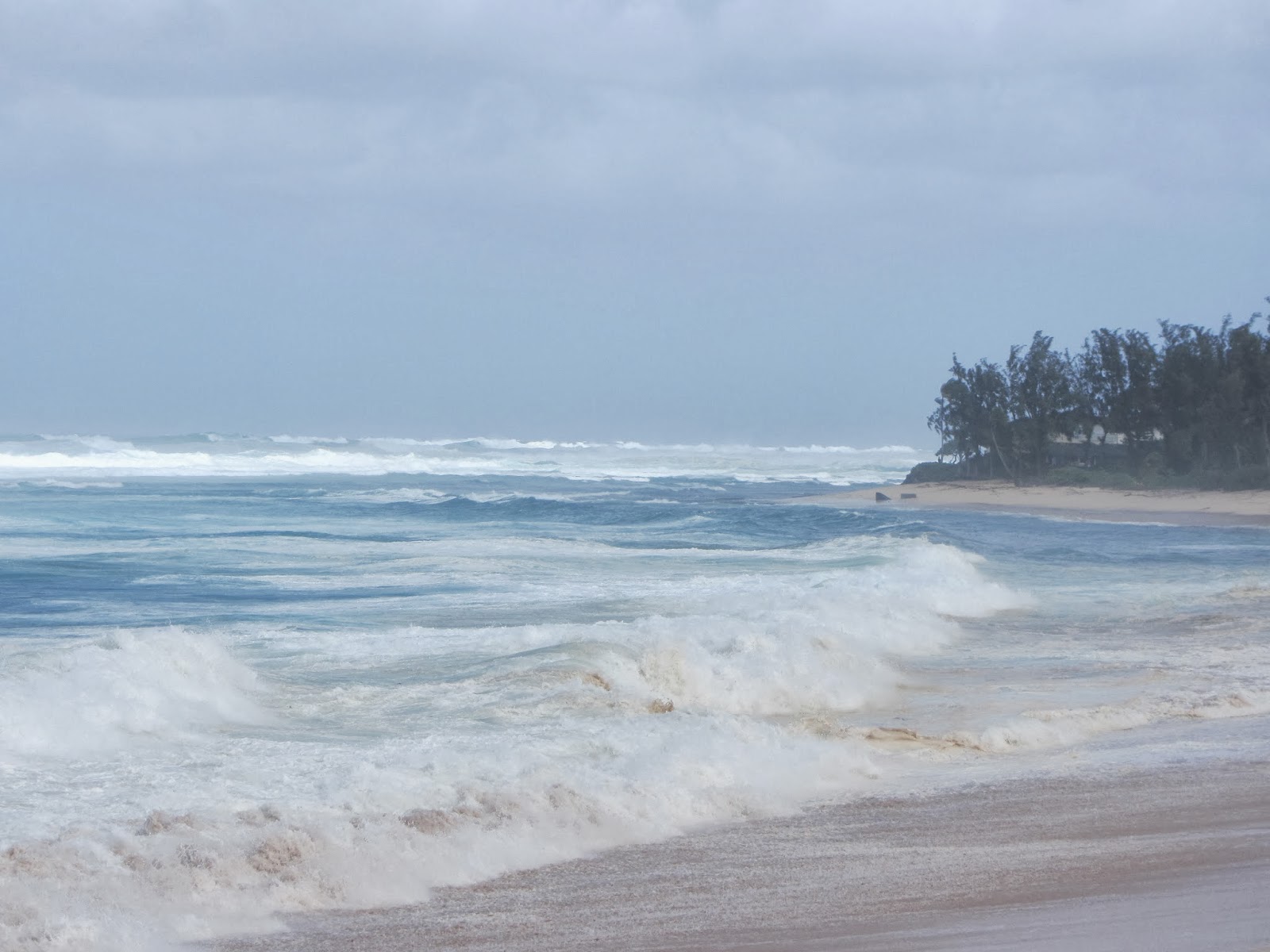 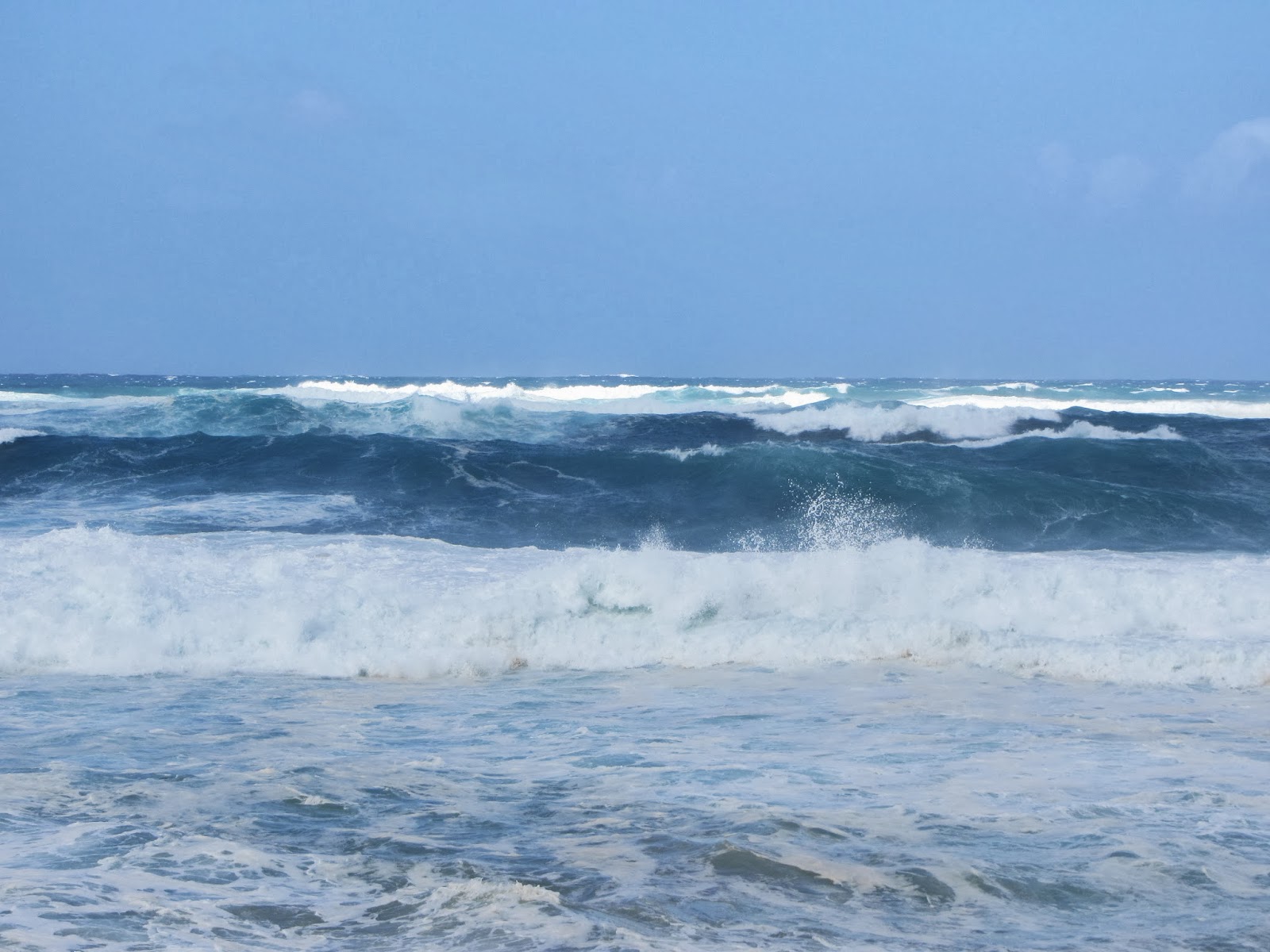 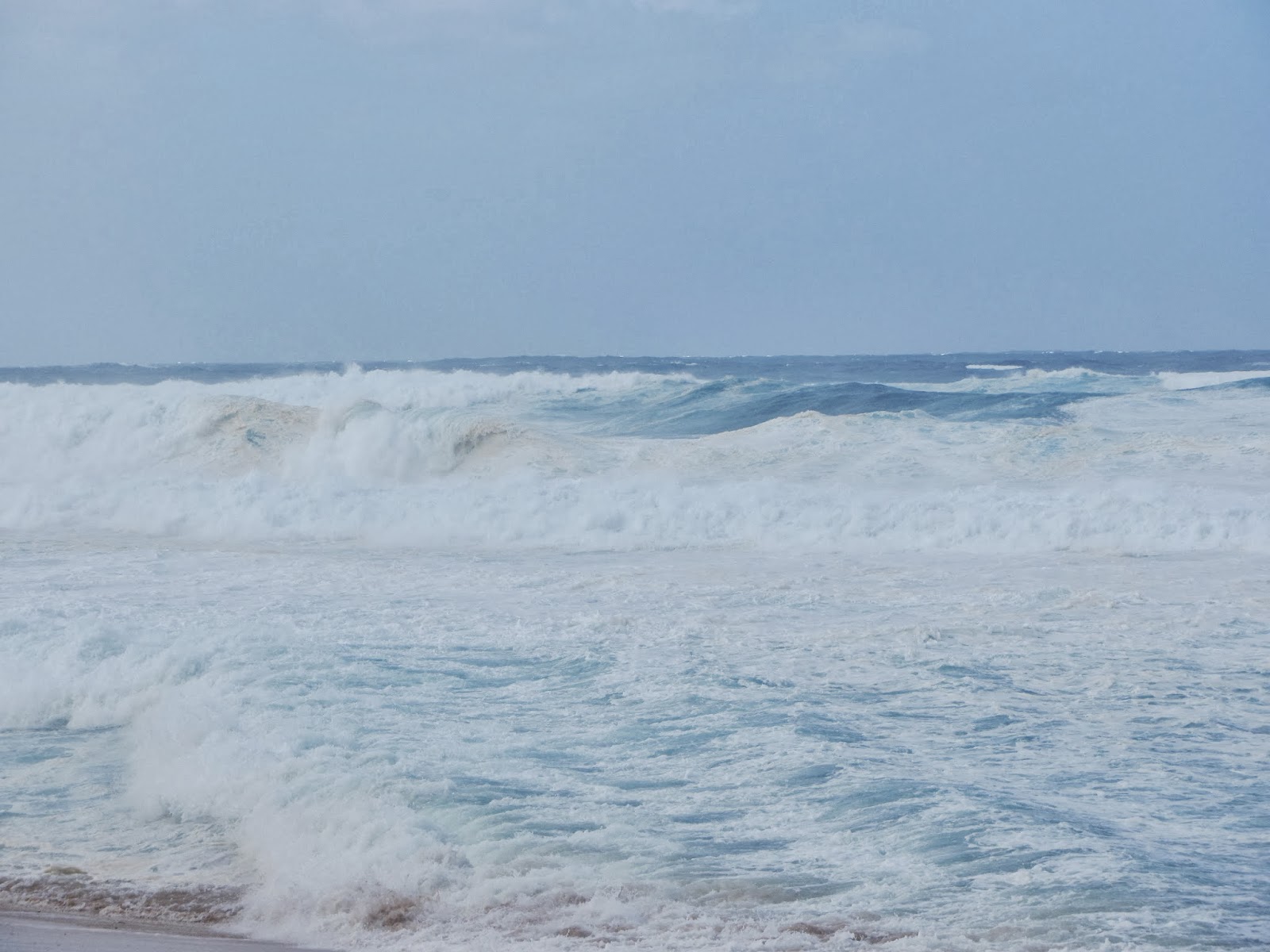 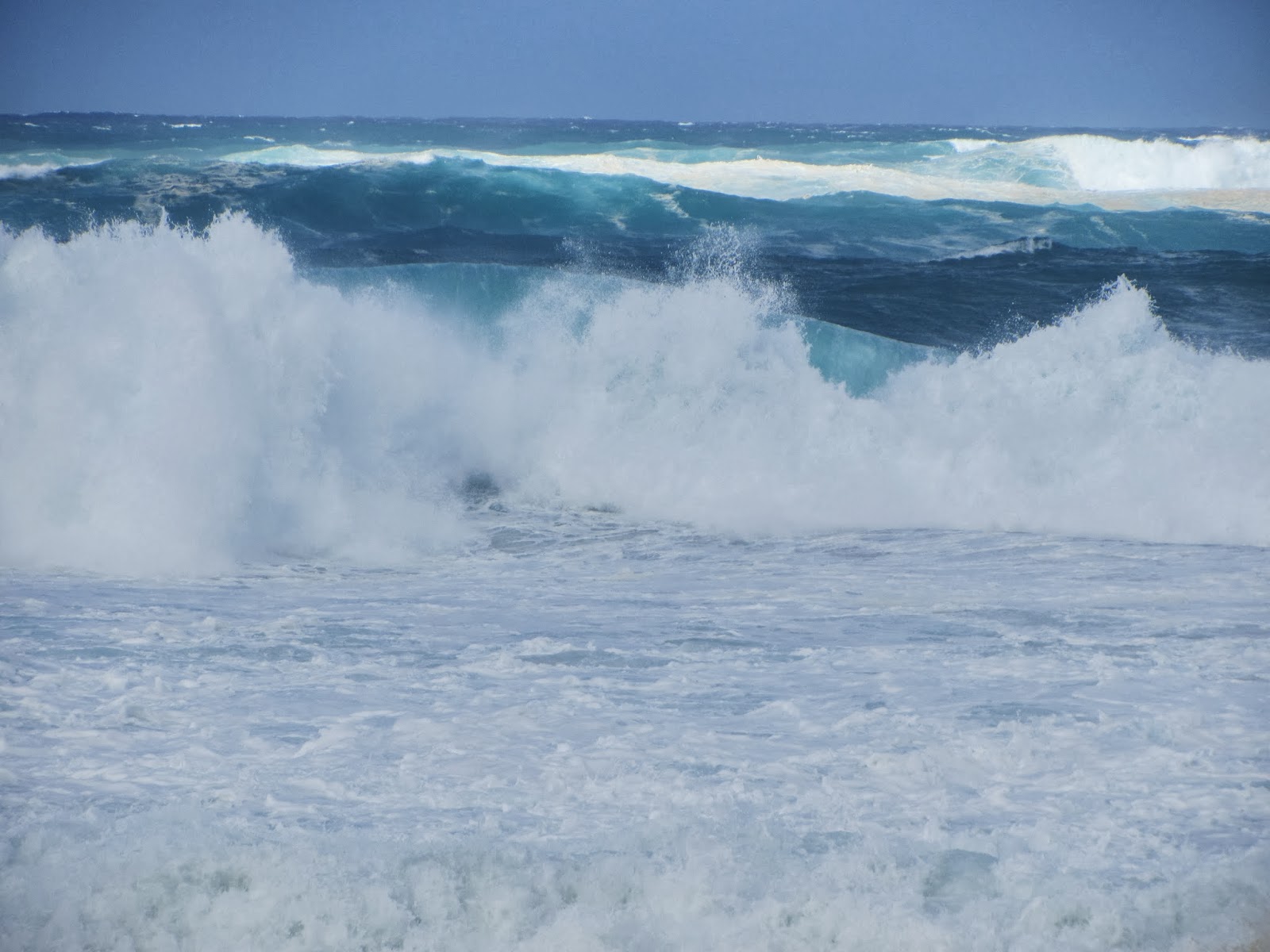 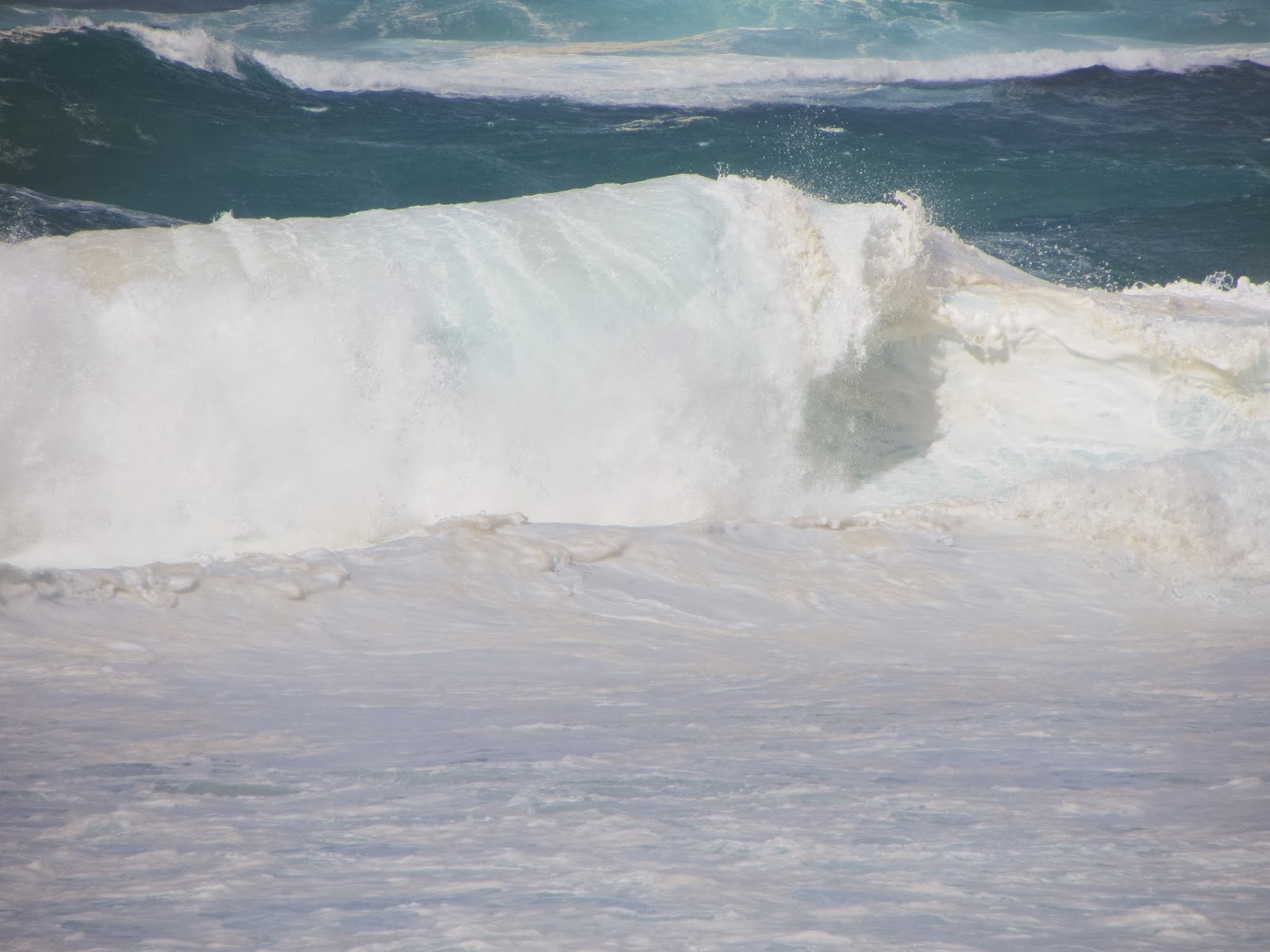 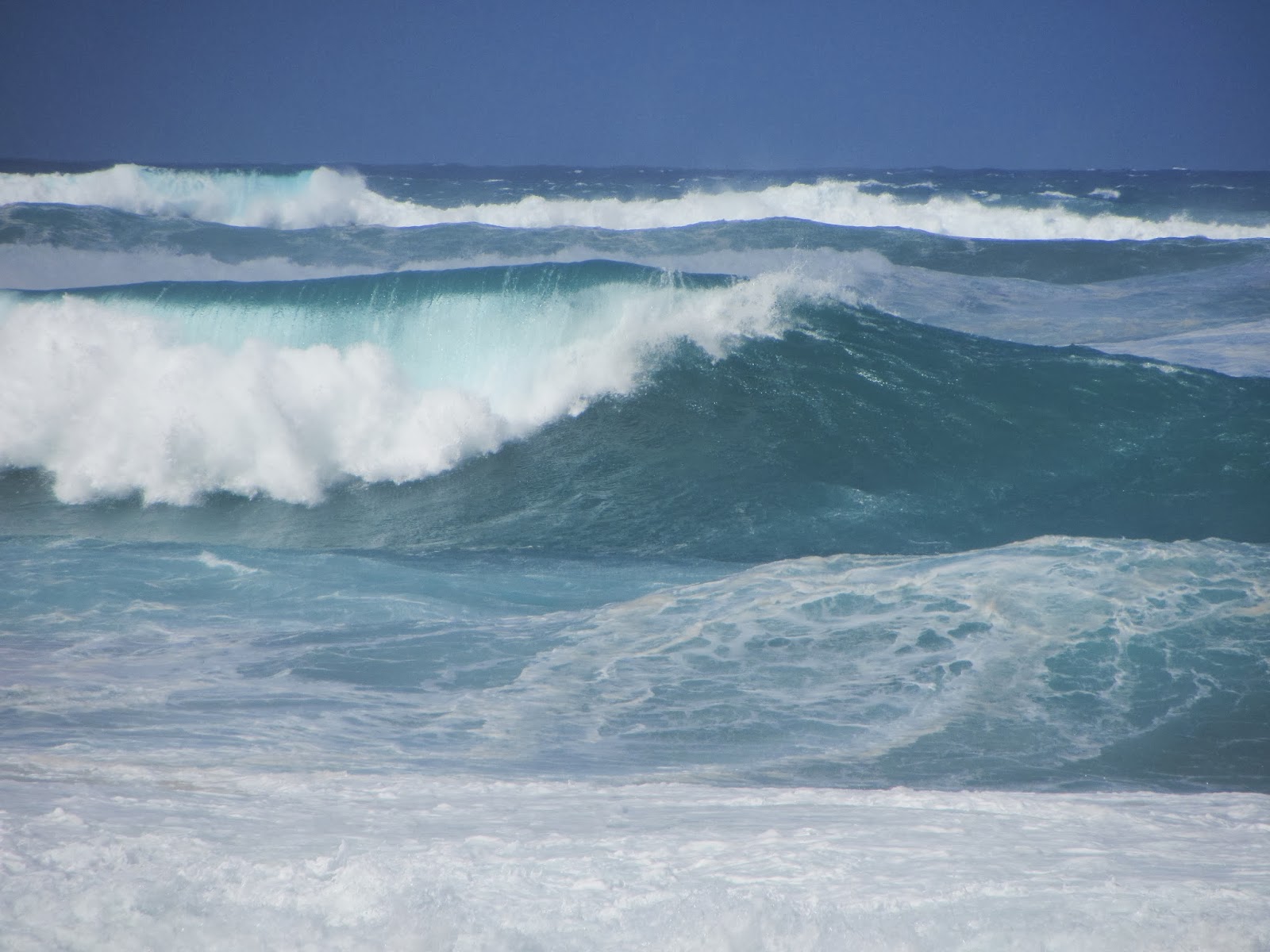 When we arrived at Pupukea Beach Park, that's where you could really get a sense of the magnitude of the waves. There are several rocky outcroppings along the coast here and as the waves would hit them, it would send the wave up at least 40 feet into the air. And standing on the beach, everyone got sprayed by the water. It was truly amazing. 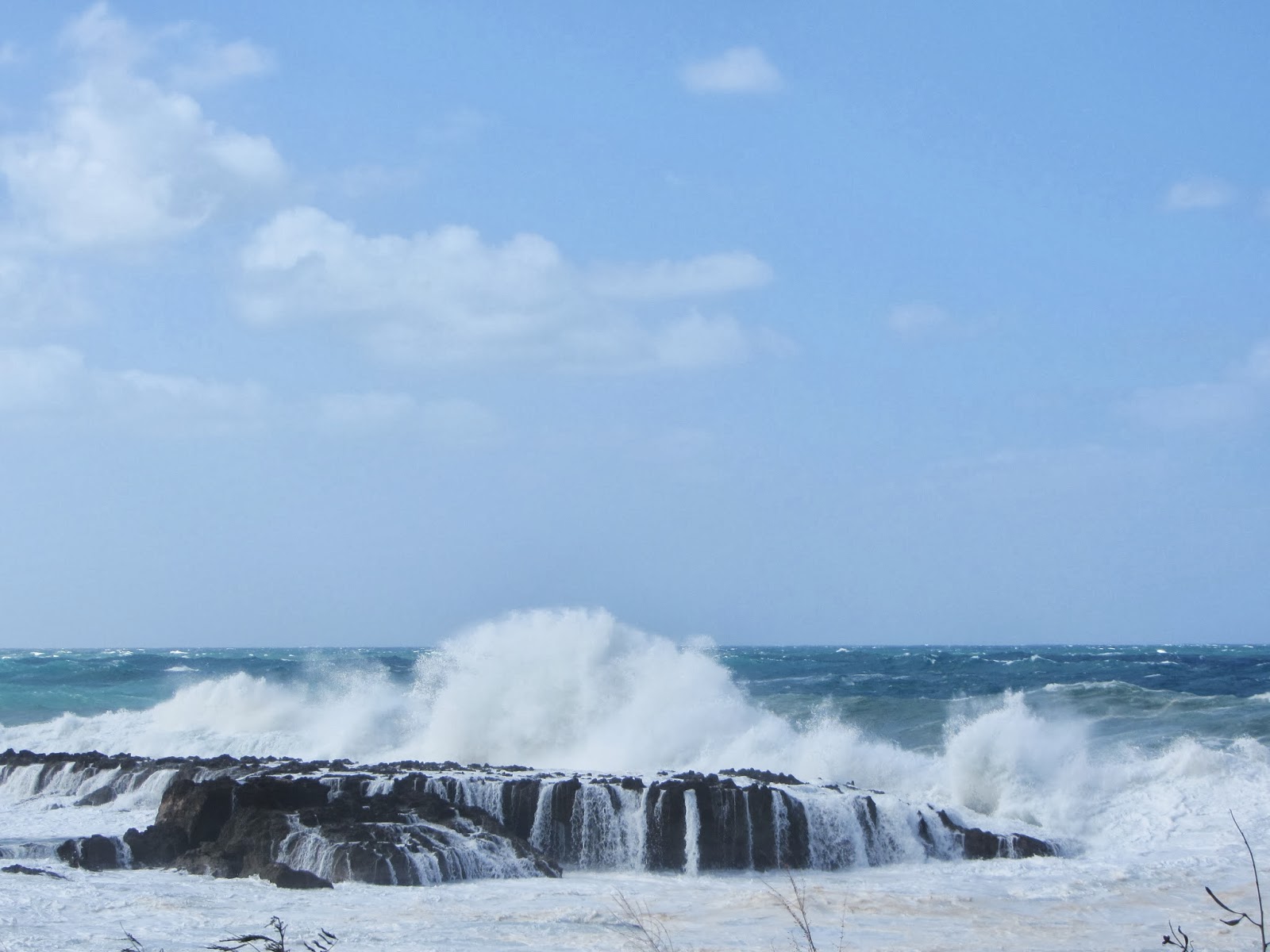 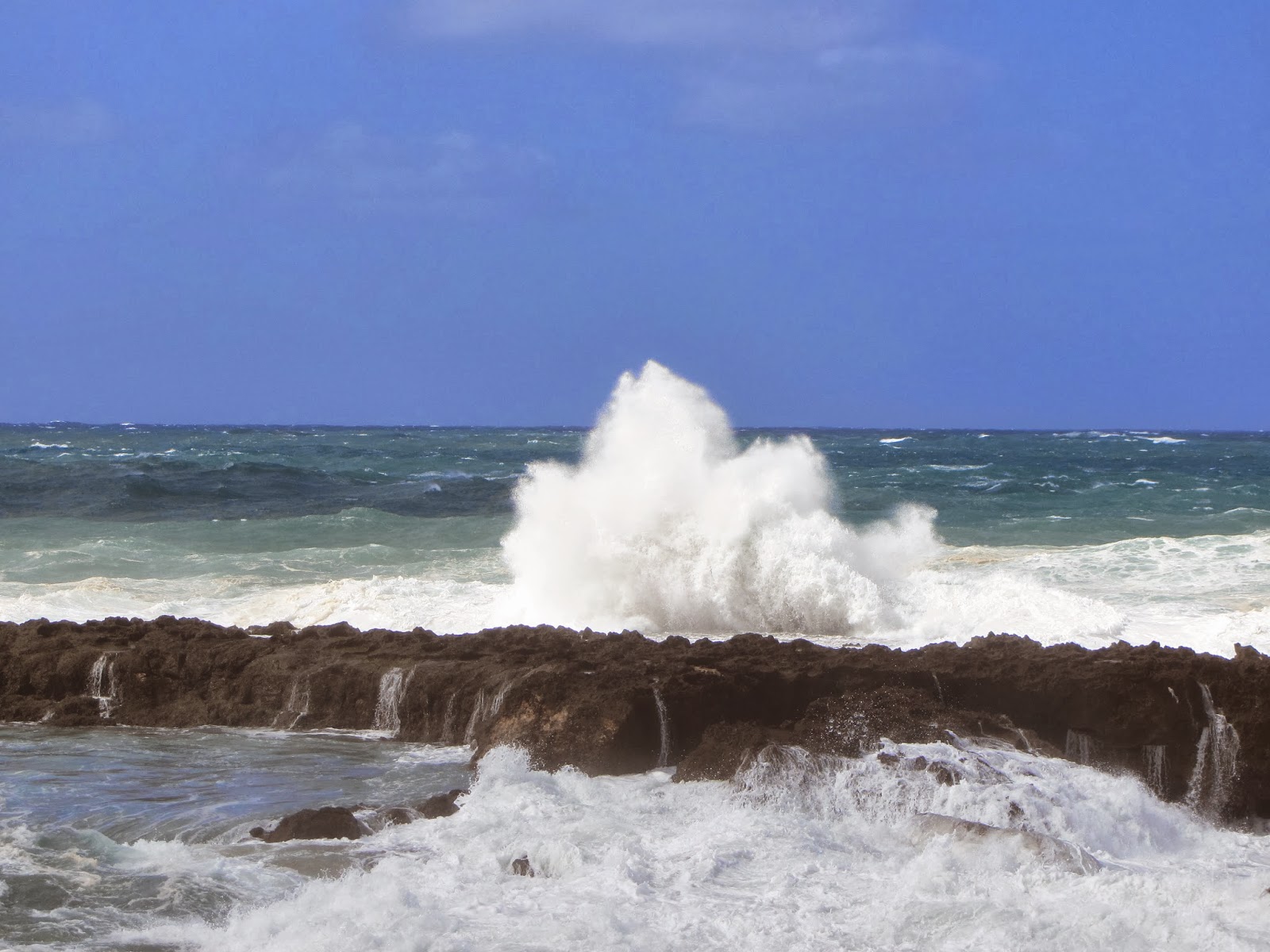 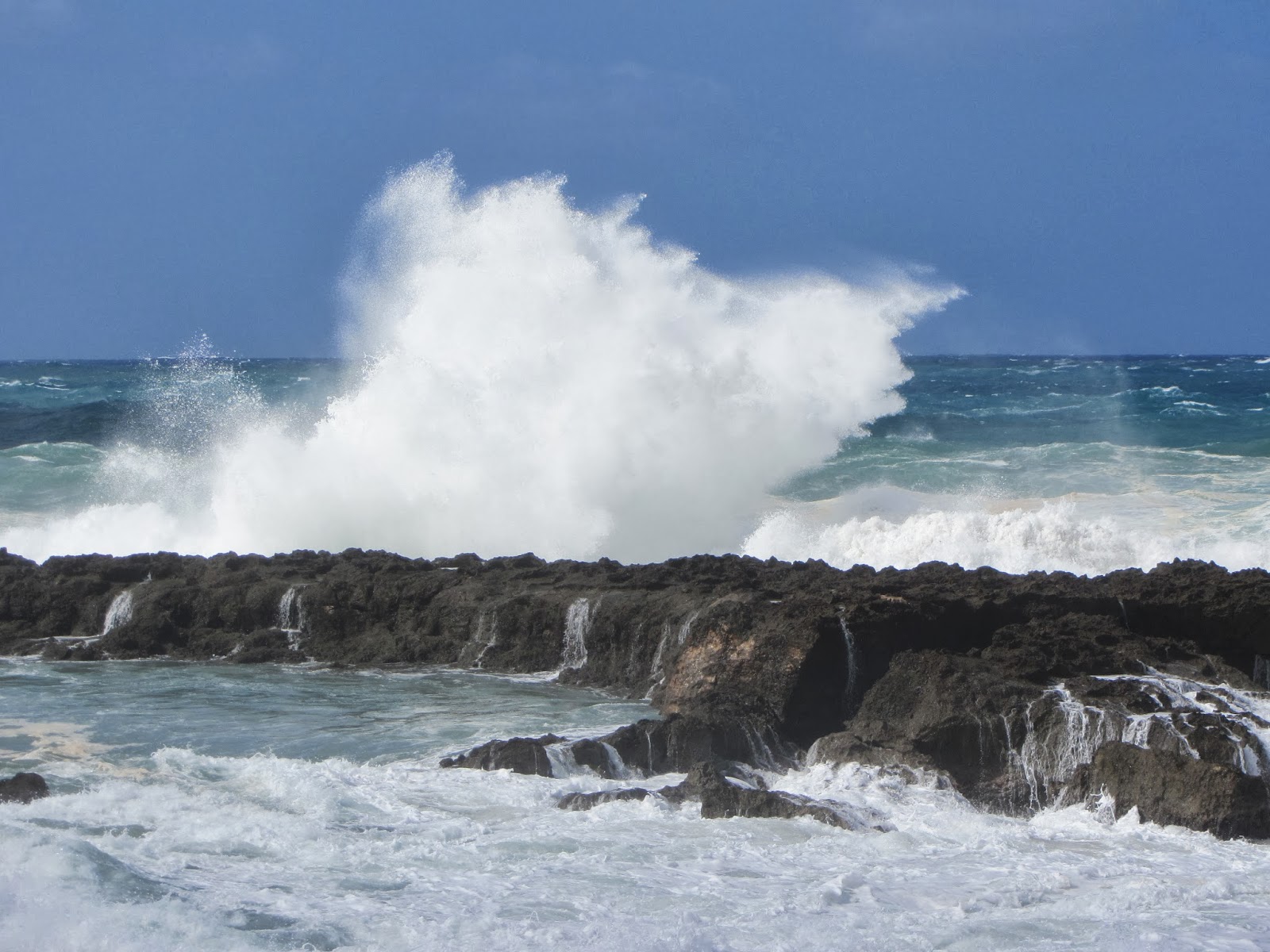 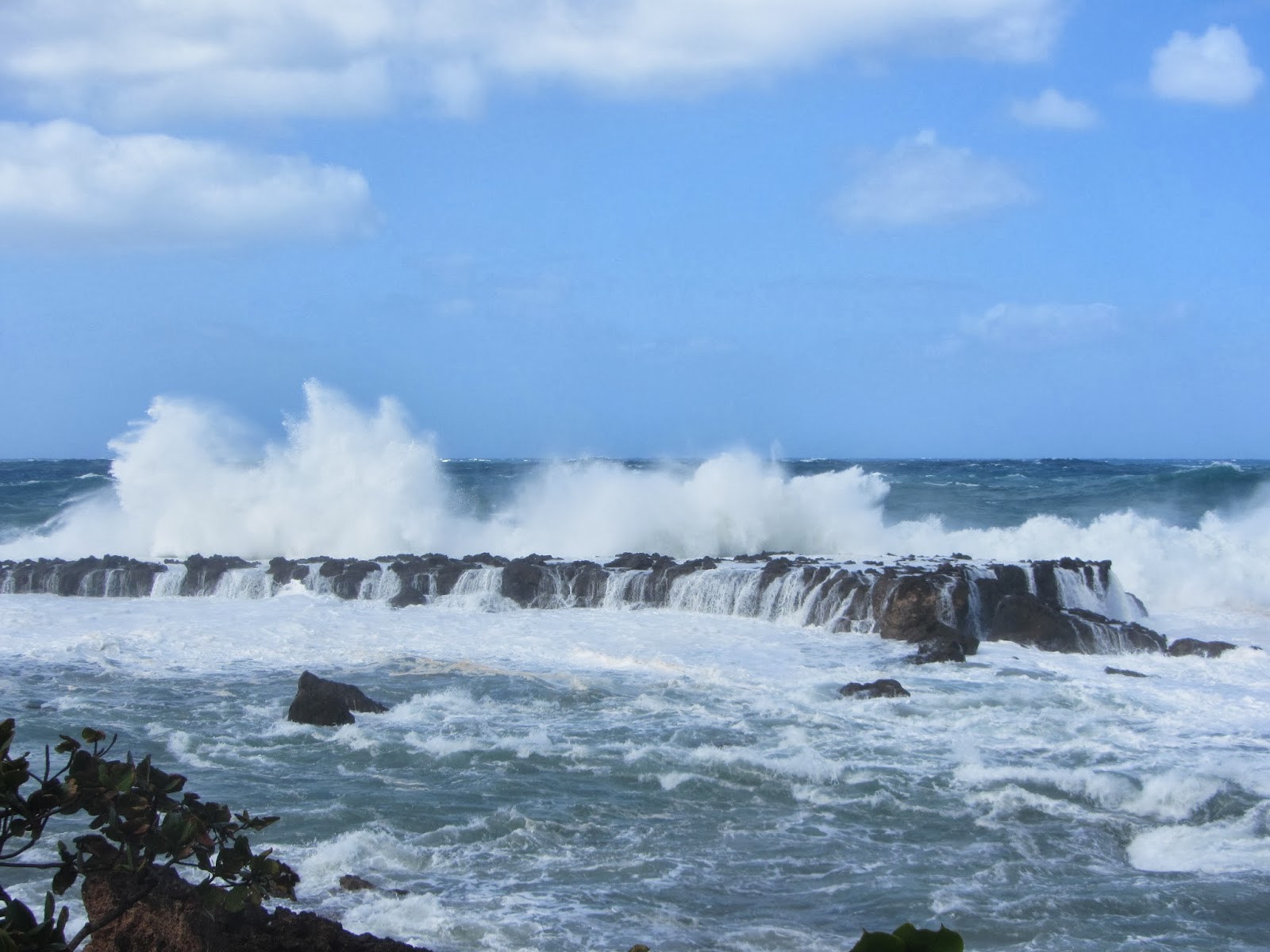 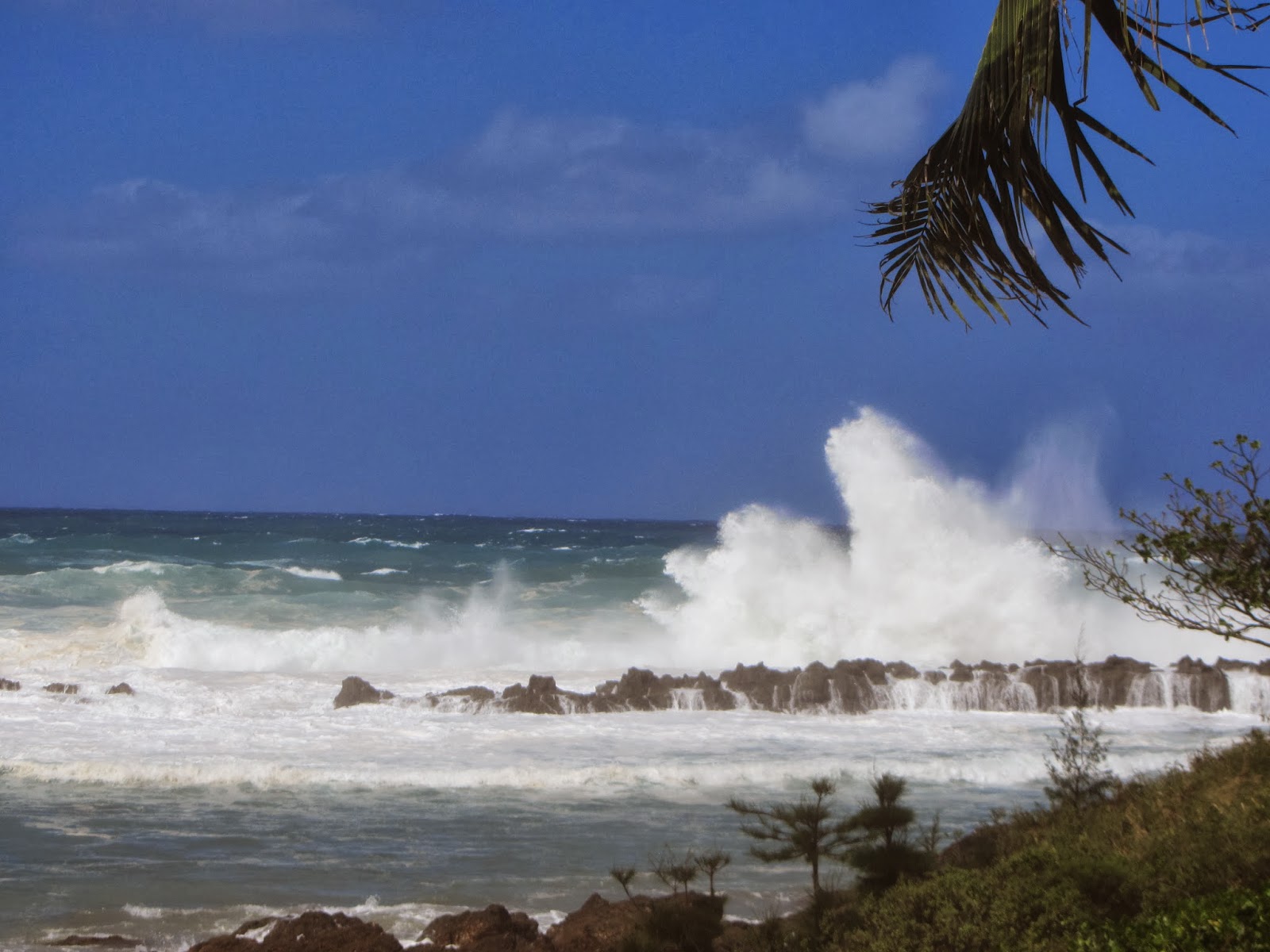 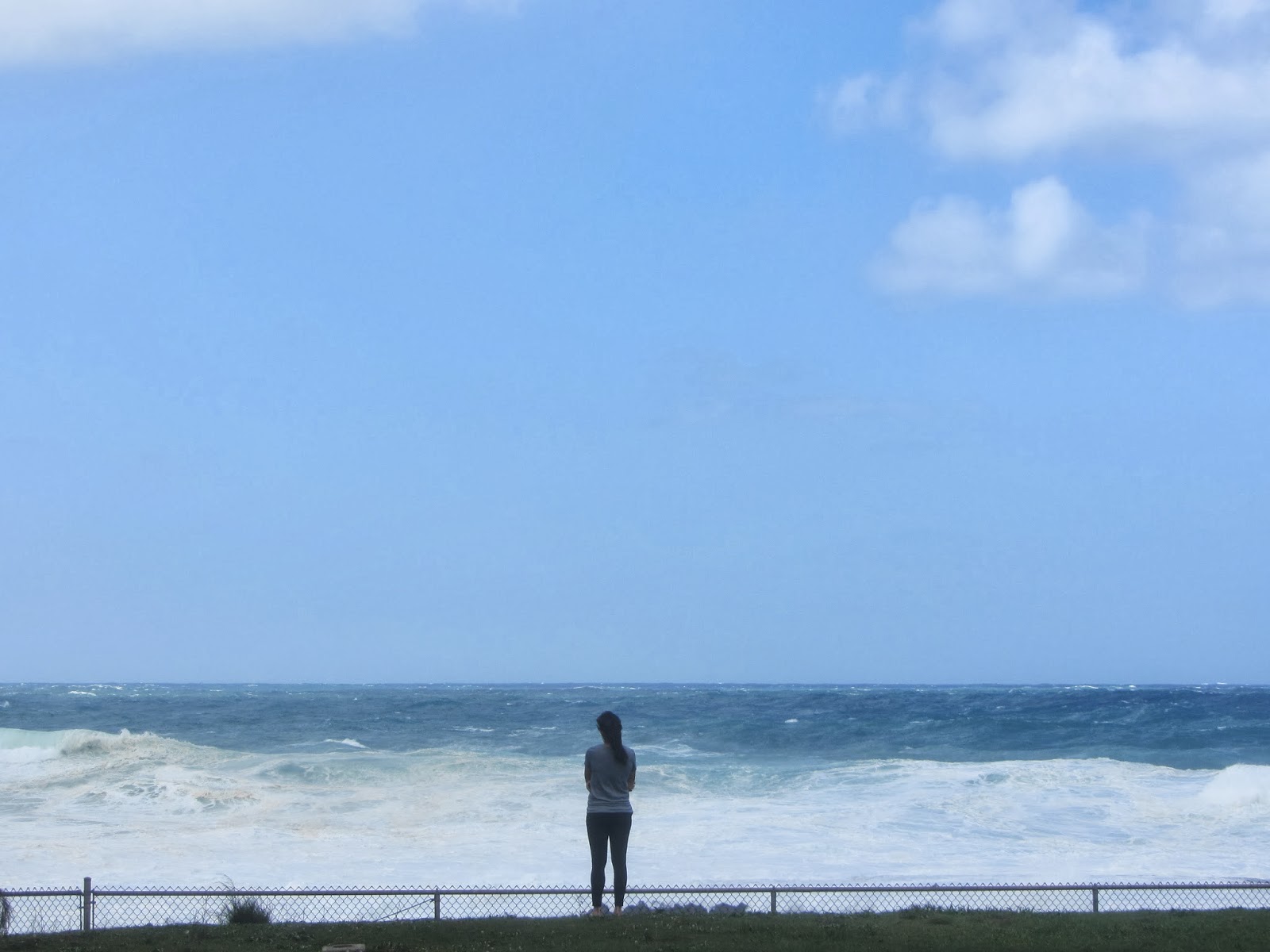 We continued walking to Waimea Bay where the waves were rolling in constantly. They closed all the beaches along the North Shore...and the waves at Waimea were rolling up clear into the parking lot. It truly was an amazing sight to see. 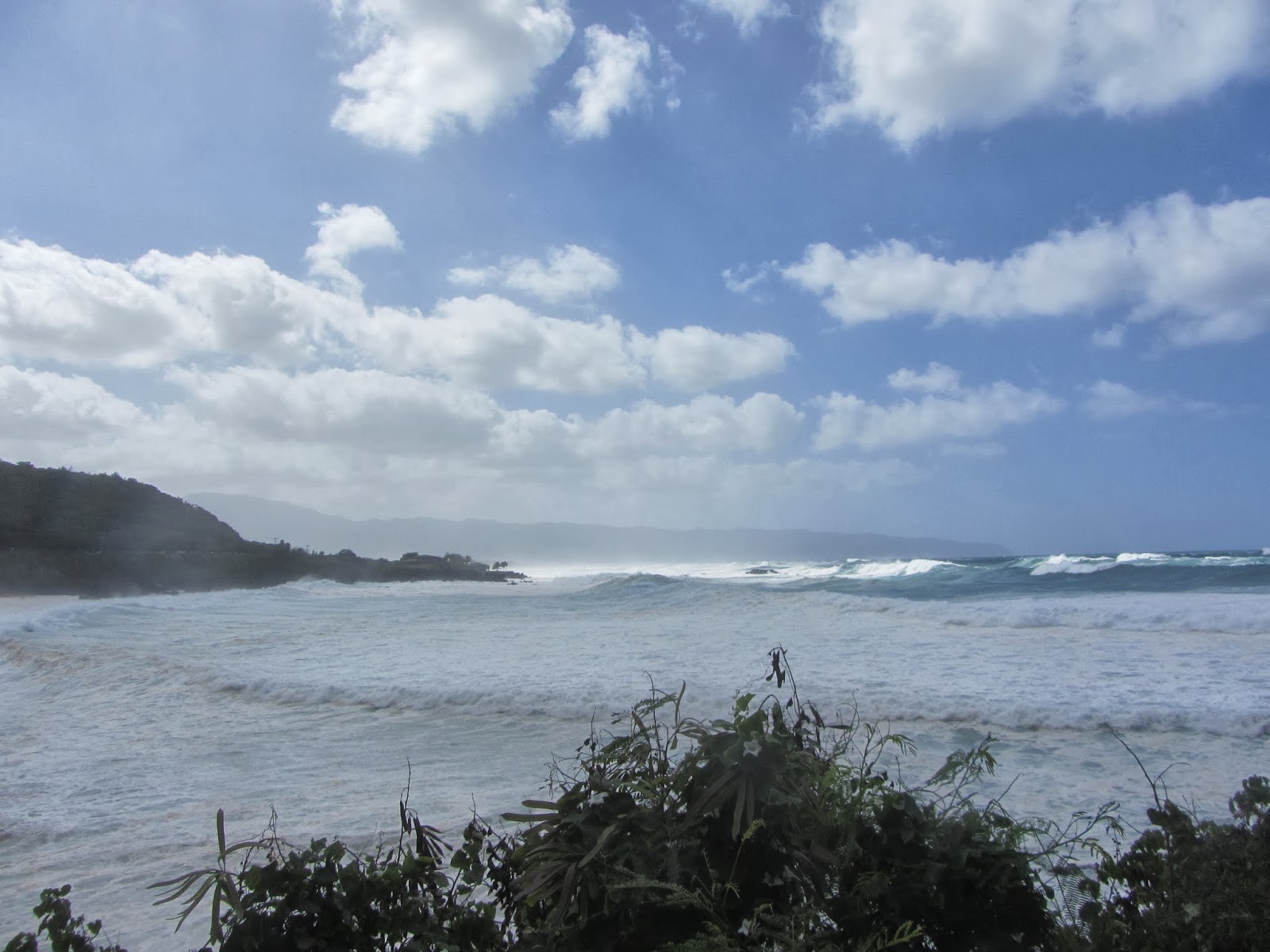 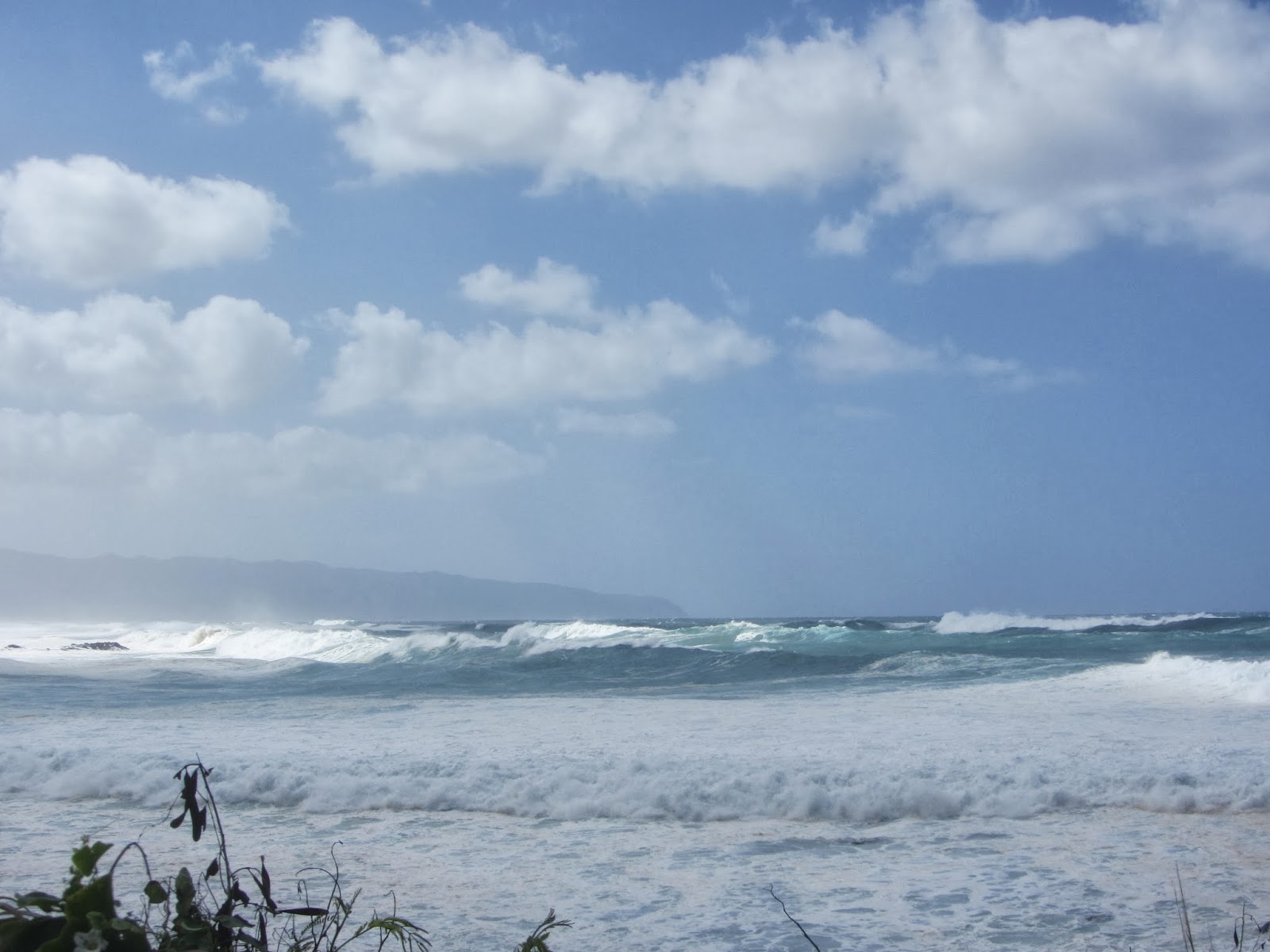 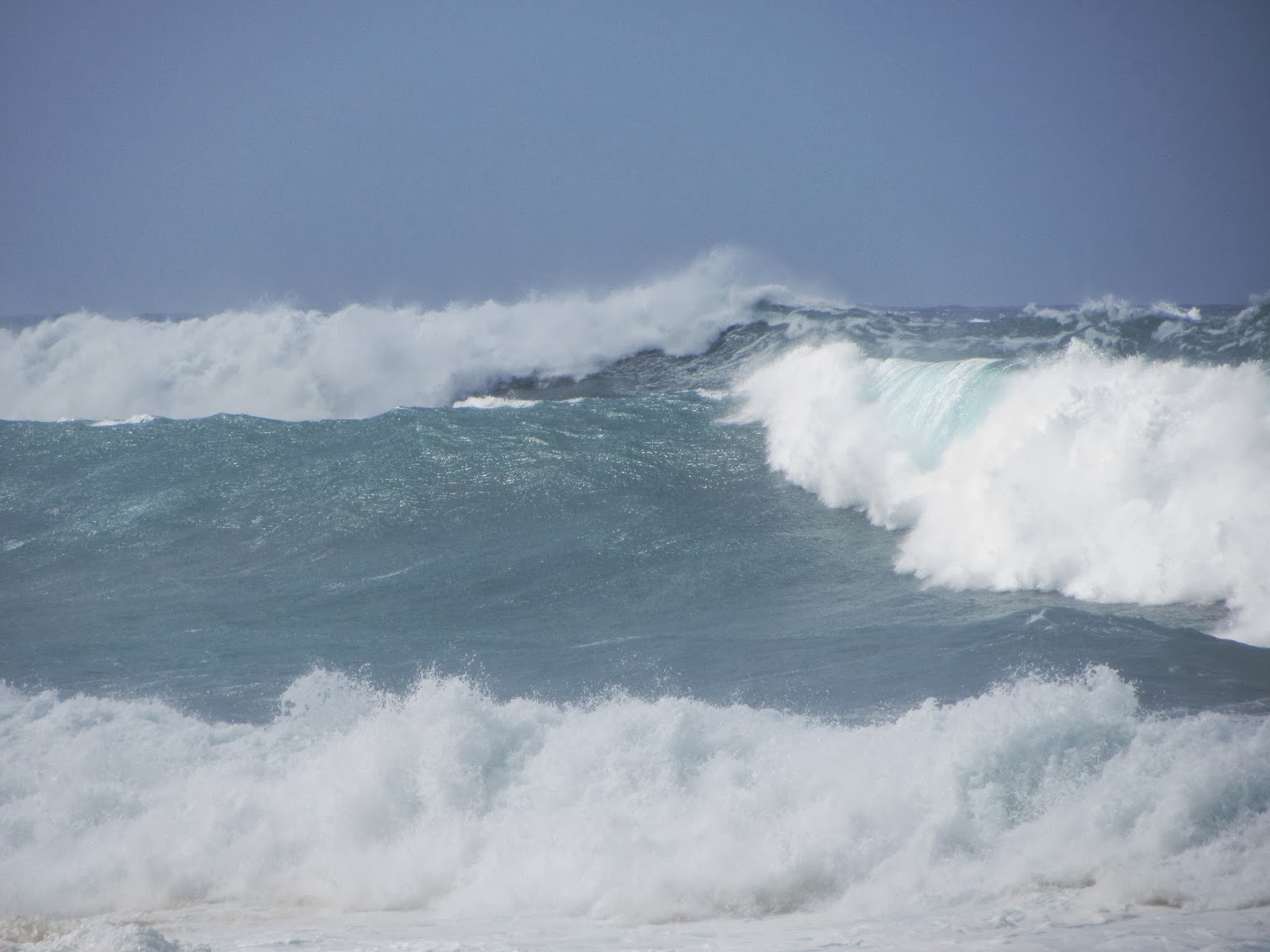 Michael and I were in awe at what Mother Nature was showing today. The power of the ocean is something that many people take for granted, and today it flexed it's muscles showing who was really in charge.

After our time on the North Shore we made our way back down the windward coast to Waimanalo to have another LATE lunch. We stopped at Sweet Home Waimanalo Café & Market, which was featured on Diners, Drive-ins and Dives. The food was quite tasty, but they had outside seating so we had to battle the stiff breeze. And when the wind wasn't blowing we were attacked by hoards of flies! Even with those two things we were quite happy with our food! After eating we piled into the car and continued down the highway back to Honolulu.

Tonight I wanted to catch the sunset from the beach. Most sunsets here in Hawaii are beautiful, but today's meant something to me. Six years ago today, my sister delivered my niece, stillborn. I was living here in Honolulu at the time, but I worked in the morning and caught the afternoon flight to Seattle. It was after this trip that I decided to move to the mainland to be closer to my sister. Tonight we stood on the beach in front of The Hilton Hawaiian Village and I wrote Lucy's name in the sand. We stood there as the sun set, and I thought about how much has changed in the last six years all because of this sweet, little angel. I've said it before in other posts, but I have so much respect for my sister. She is one of the strongest people I know. Tonight, Lucy painted the sky for me here in Honolulu. I hope you enjoy it.


Until next time...Keep Cooking.
Posted by The REAL Housewife of Snohomish County at 1:26 AM