Okay, so Mike and I are getting ready to go out and party like rock stars! I can't wait to be out at the clubs until 3 AM just gettin' on my drunk! Let's hope we actually make it home this year!


Just kidding. We are having a quiet night in. Michael has to work at 7 AM tomorrow morning and to be quite honest, I don't really feel like dealing with crowds and outrageous cover charges. Plus the bartender at our house (me) makes the drinks hella strong! I like watching the housewives on TV and how they are always out partying and doing all sorts of wild and crazy stuff. All I can think is, you are NO housewife! You know these women aren't cleaning toilets and doing their own laundry like I am. So tonight is how are REAL housewife rings in the New Year.

Today was quite a busy day for all intents and purposes. I was wide awake when Mike went to work again at 6:30 and thankfully Jersey Shore wasn't on again. Lord, yesterday was bad! I had my hair blown out and was rockin' a spray tan and fist pumpin' when Mike got home from work. I'm lucky he didn't serve me divorce papers immediately! This morning I was watching some infomercials and almost ordered a 25 piece Ronco knife set. Luckily I had my energy drink and realized what was about to happen. I mean come on...I don't have to cut through shoe leather all that often. So I figure that I don't need those...my Wusthof knives will just have to do.

After lounging on the couch I straightened up around the house, did another load of laundry and got ready to head out to run some errands. I took Michael lunch today and then headed to the Everett Mall...aka...Hood Rat Central. Luckily I was only heading to Best Buy so I didn't actually have to go into the mall and be accosted by dirty hood rats with ill fitted clothing. I had two things on my list...and came out with three! HA! I needed a new external hard drive for my laptop and I talked Mike into letting me get DanceDance Revolution II for the Wii. I also picked up some video editing software for my cooking videos, hopefully the production value will be better soon! I had to fire most of my crew because they were all bitchy and didn't respect the REAL star of the show. ;-)

I stopped by the grocery store on the way home to get all the fixings for Anne Burrell's Chicken Noodle Soup! It was the perfect day for soup since the weather was a bit chilly. Last night at around 11:30 it started hailing, hardcore! This morning when we woke up the entire ground was covered in pea to marble sized hail. It was crazy, and most of the hail stayed until almost noon! I managed to get some pics of what was left when I got home. 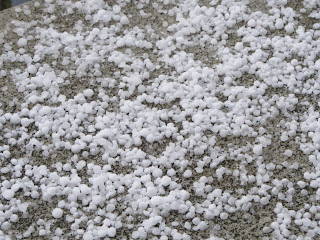 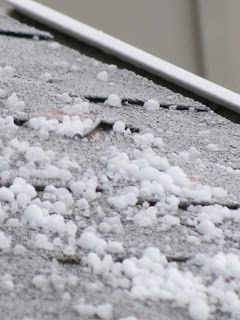 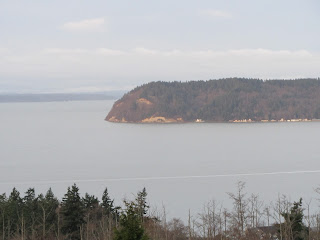 This afternoon Michael got off work a bit early which was nice. So I had to get the soup going almost as soon as I got home from running errands and grocery shopping. This soup turned out to be delicious! Anne's recipe called for fresh lemon juice as well as nutmeg and cinnamon. Quite a nice touch. I also added my own touches to it of course...as any good housewife would!


This was such a good meal and surprisingly little prep work. And it did it's own thing on the stove for most of the time, which is lovely!

Most of the day today I've been thinking about this past year. I've had so many changes in my life during 2011. I moved from Seattle to Mukilteo in January...which is huge because I'm such a freak about my own personal space. In May, we adopted Cooper and then a few short weeks later we registered as Domestic Partners. Over the summer I was introduced to The Healing Center and it's become such an integral part of my life. We adopted our second pup, Puck, in August so Cooper had a buddy at home with him. We took a cruise to Alaska and then jet setted to London and Paris for a whirlwind week of adventure and fun! And along the way we've tackled the issue of unhappy and unaccepting parents as well as friends who may have thought we were moving too fast. We've had such an amazing year. It's been full of so many things as well as emotions. But looking back I have no regrets. I'm so happy with my life and that path that it's headed down. I look forward to what 2012 has to offer.

Tonight we are just staying in. Mike and I were challenging eachother on DanceDance Revolution and will shortly be moving on to Just Dance for the Wii. Cooper and Puck have been staring at me...not so PATIENTLY waiting for me to let them go eat...


Happy New Year!!!!
Posted by The REAL Housewife of Snohomish County at 7:58 PM