If yesterday was a low key day...today was downright dead! Okay, that isn't actually true, but we didn't really do much in the way of activities...but that was just fine for the both of us.

This morning we slept in...until 7:45! Oooooo! Look at us, so lazy! We stayed in bed until almost 8 and then I tumbled out of bed and I stumbled to the kitchen. Poured myself a cup of ambition. Wait...I just lapsed into Dolly Parton's "9 to 5." Don't you hate it when that happens? Honestly...that's my life...every day I catch myself bursting into song and then catching myself. Then of course I laugh and think..."I'm so happy that I don't have a camera on me." Which then makes me wonder..."Why on earth would there be a camera on me?" Do you see what it's like in my head? :)

But back to today! I made breakfast and we sat out on the lanai to enjoy the yummy food and Kona coffee. After getting ready for the day we decided that we'd head to Costco to get my snorkeling film developed. While it was getting developed we headed to Aiea to eat at The Alley. My hanai mom, Claudia, told us about this place last year because it had good food. She was right! So today we dropped off the film and headed out to Aiea to eat some good food. I had the Tasty Chicken & Boneless Kalbi Beef with Mac Salad and Rice. Michael had Oxtail Soup, which is the same thing he had last year. Both of our meals left us happy with our bellies full.

We made our way back to Costco to get my film...and I honestly wasn't expecting too much in the way of decent pictures. Yesterday the water was a bit murkier than it was last year, but that was because of the strong current and the waves stirring up the sand. With that being said, it's hard to truly capture how beautiful the reef is. What do you think of these pictures? Now remember, the film was 800 speed...that's why the pictures are so grainy. :) 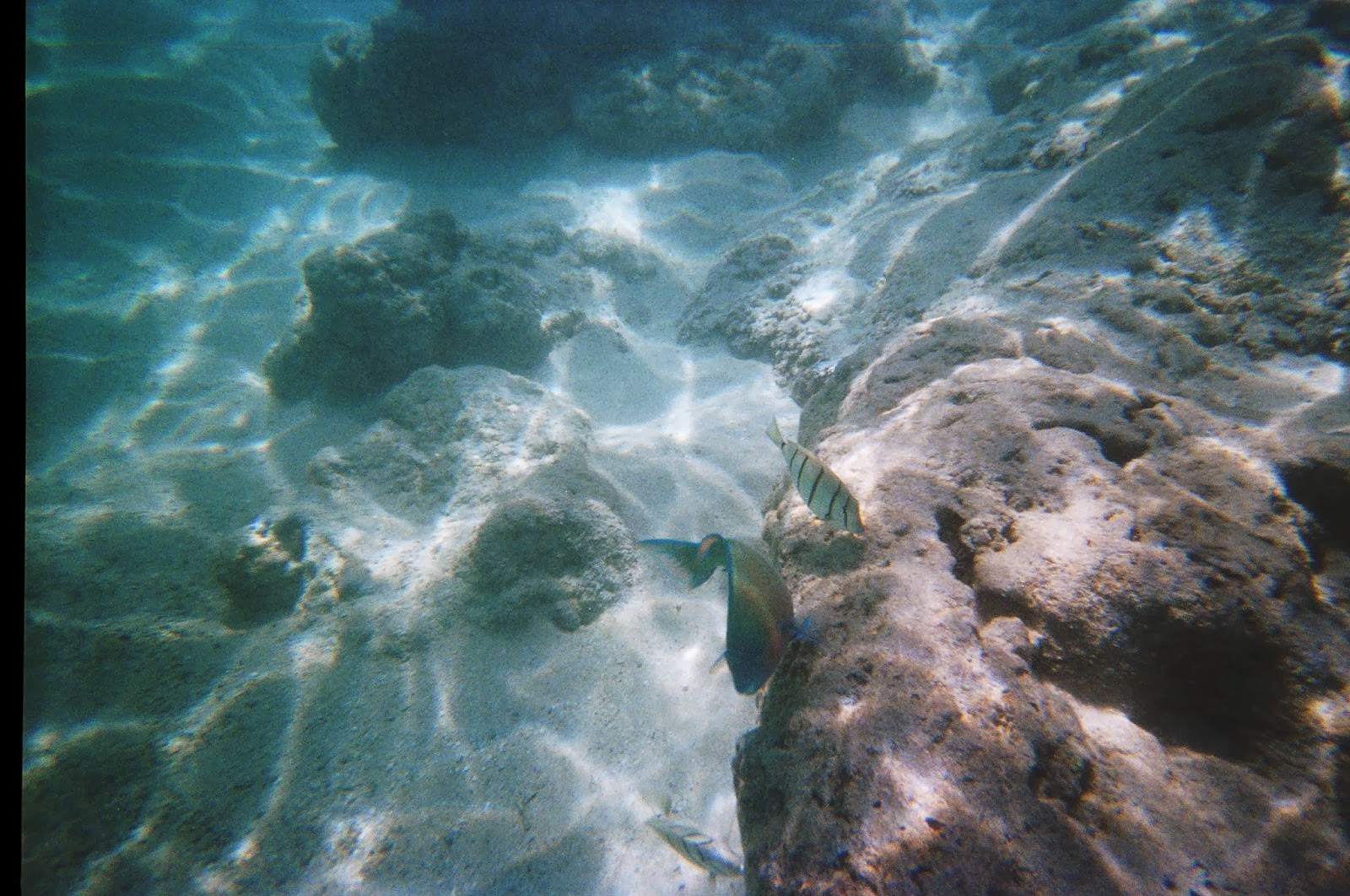 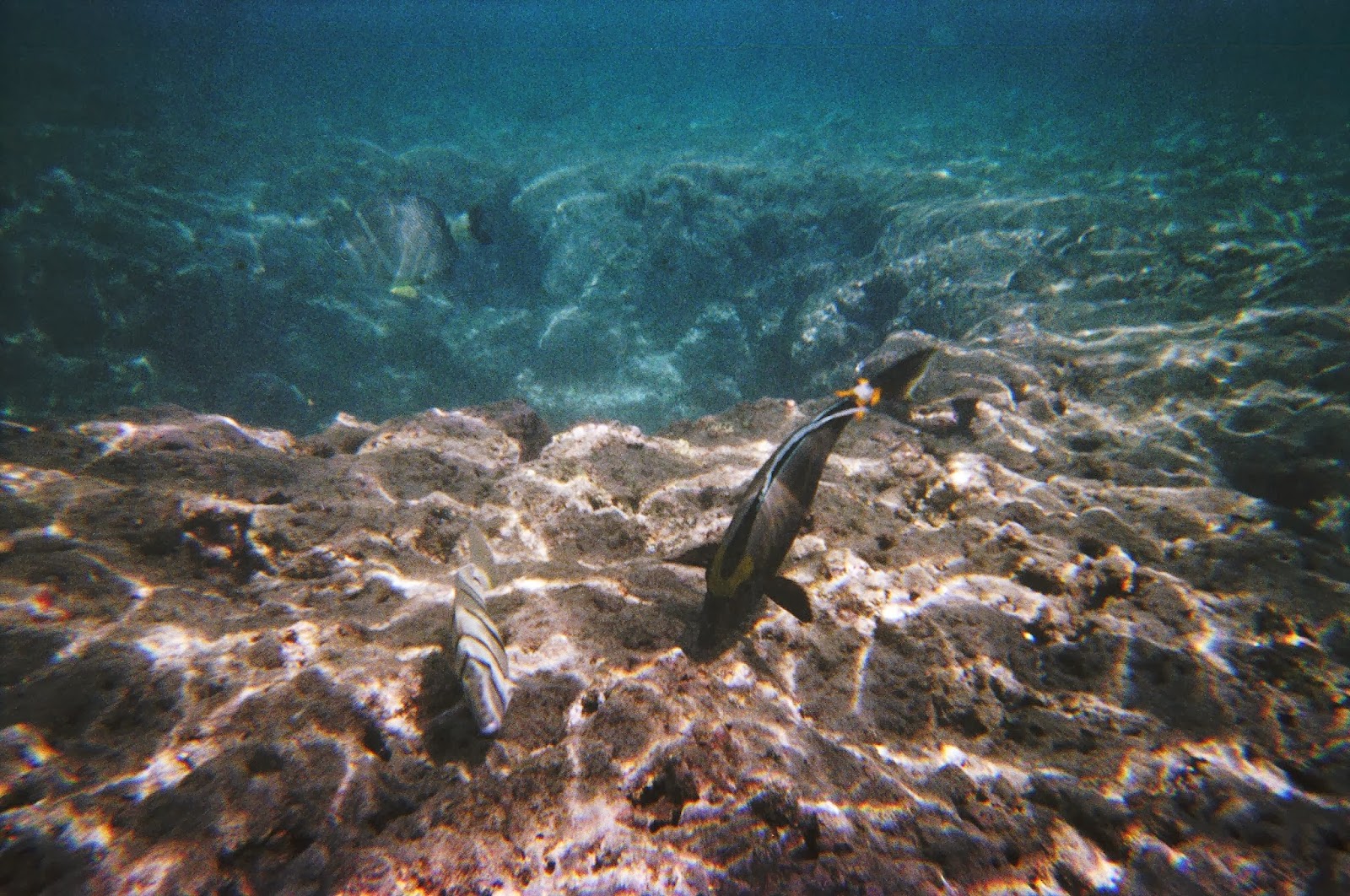 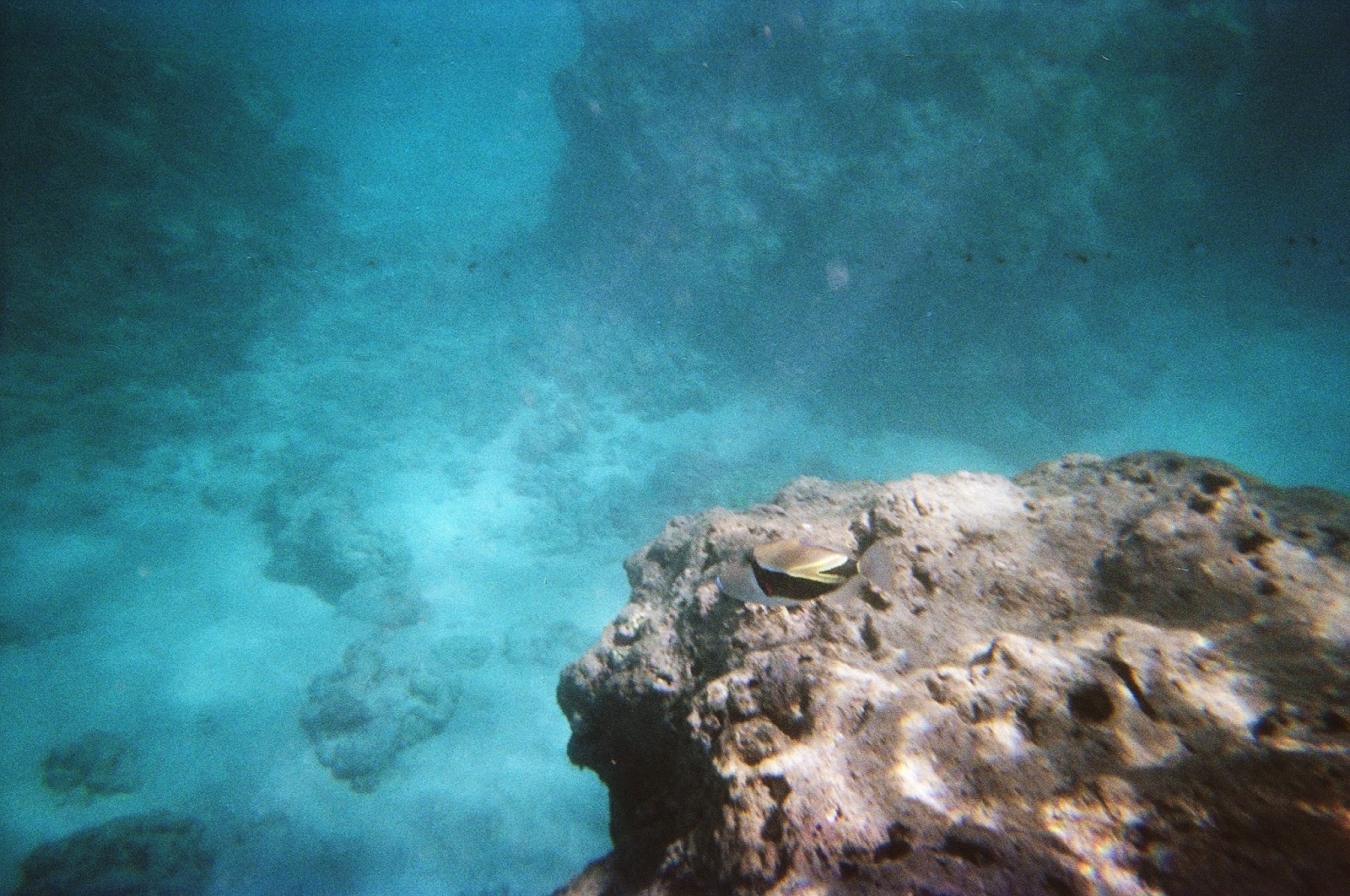 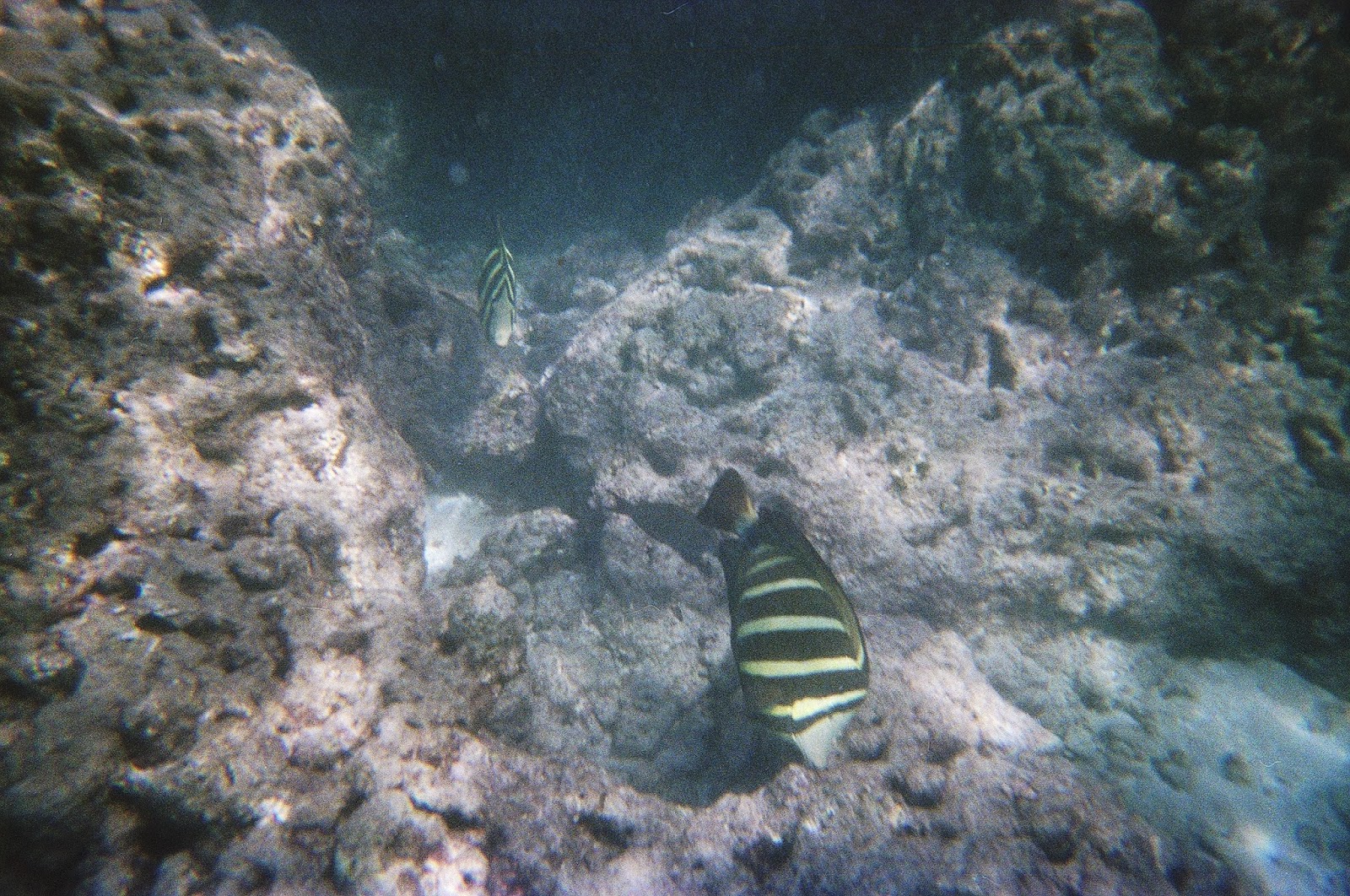 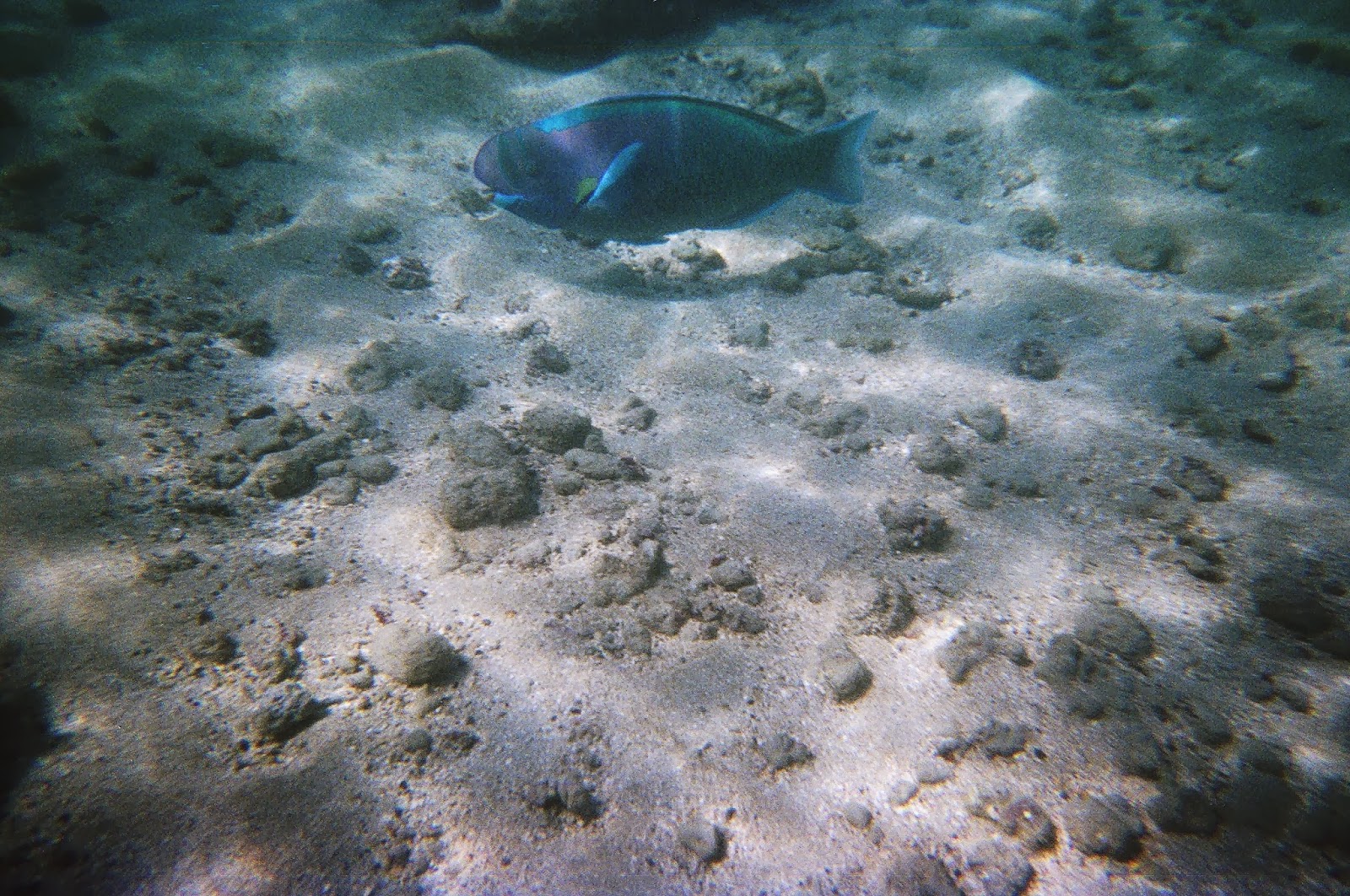 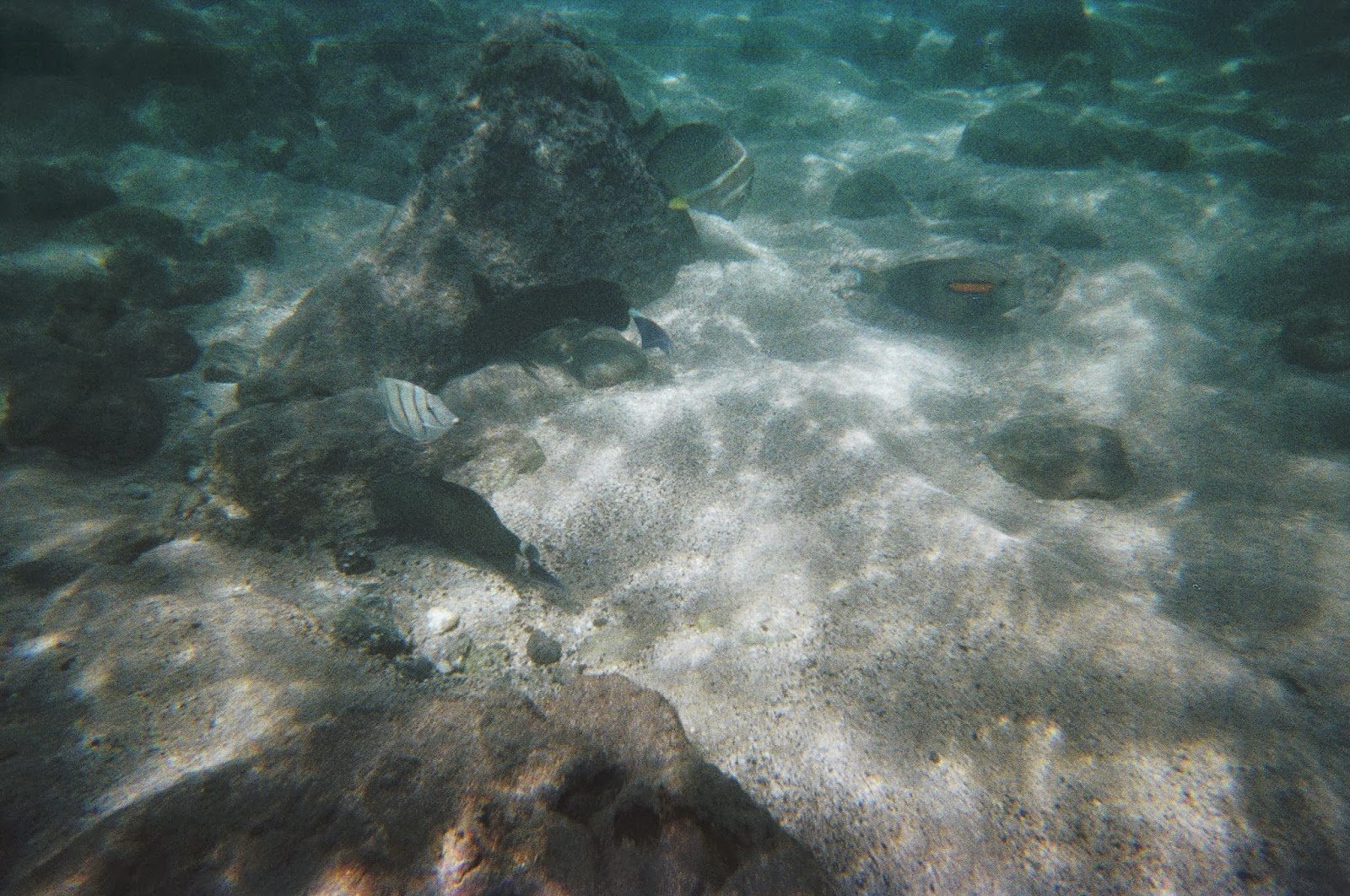 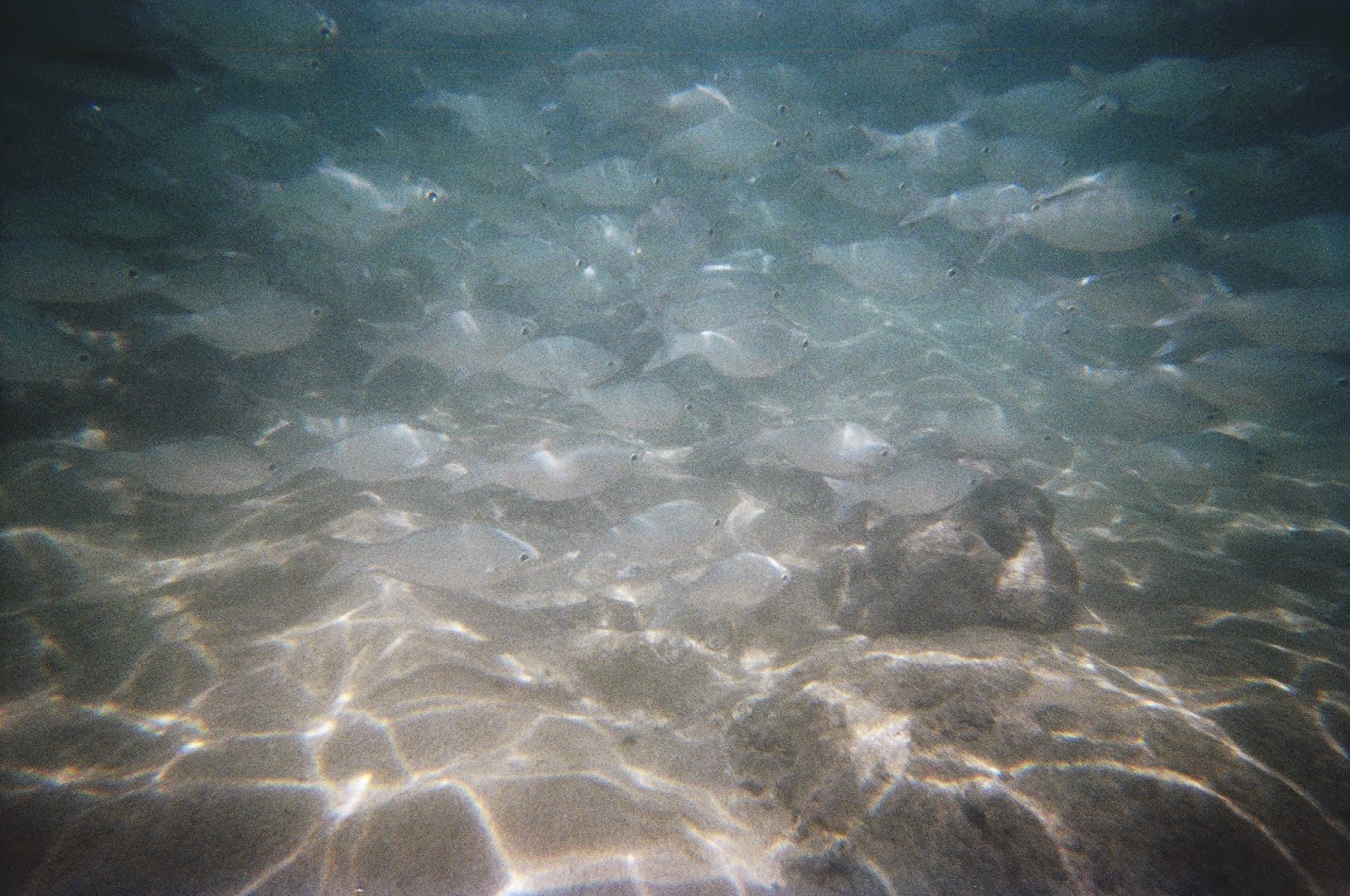 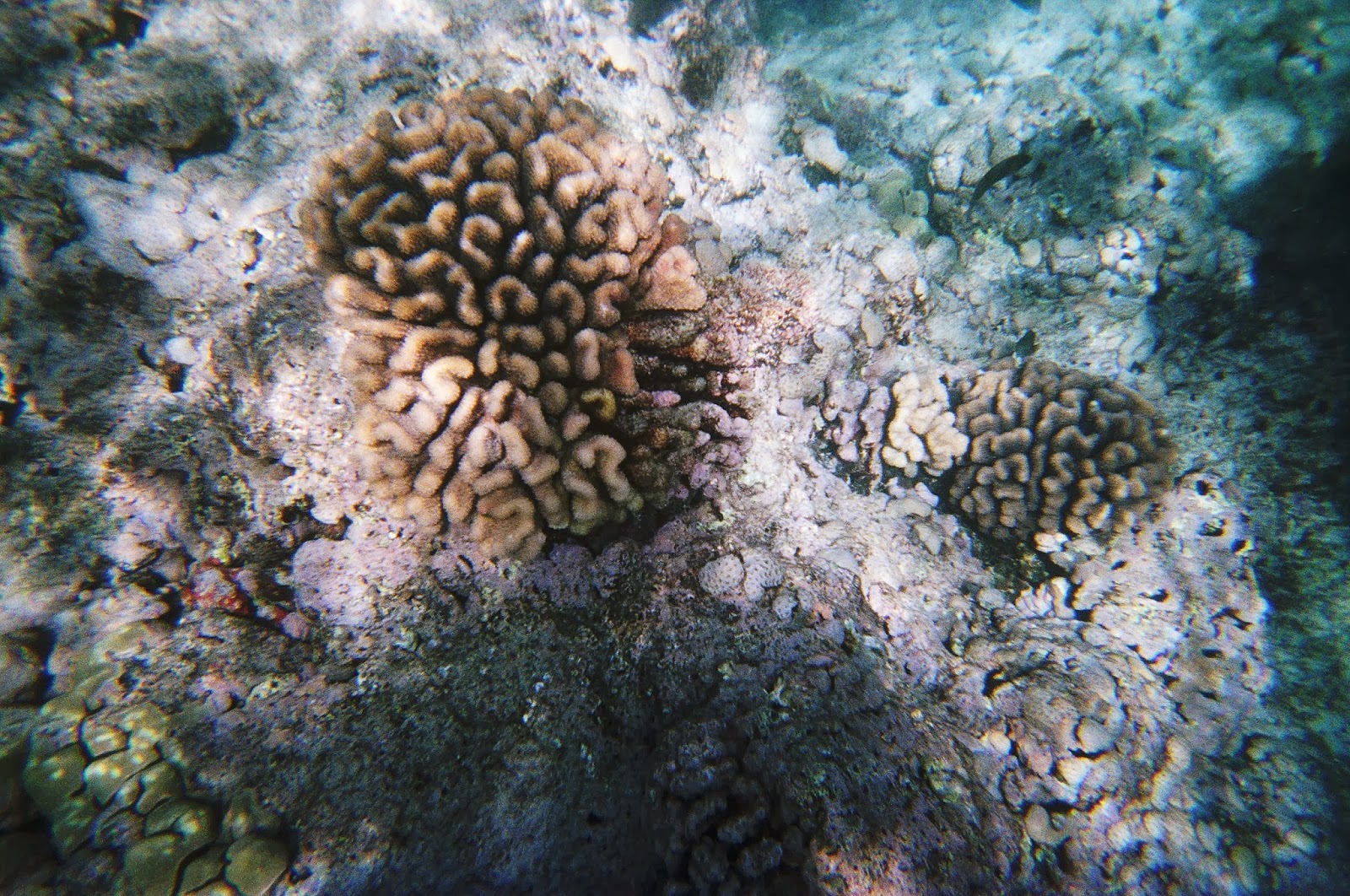 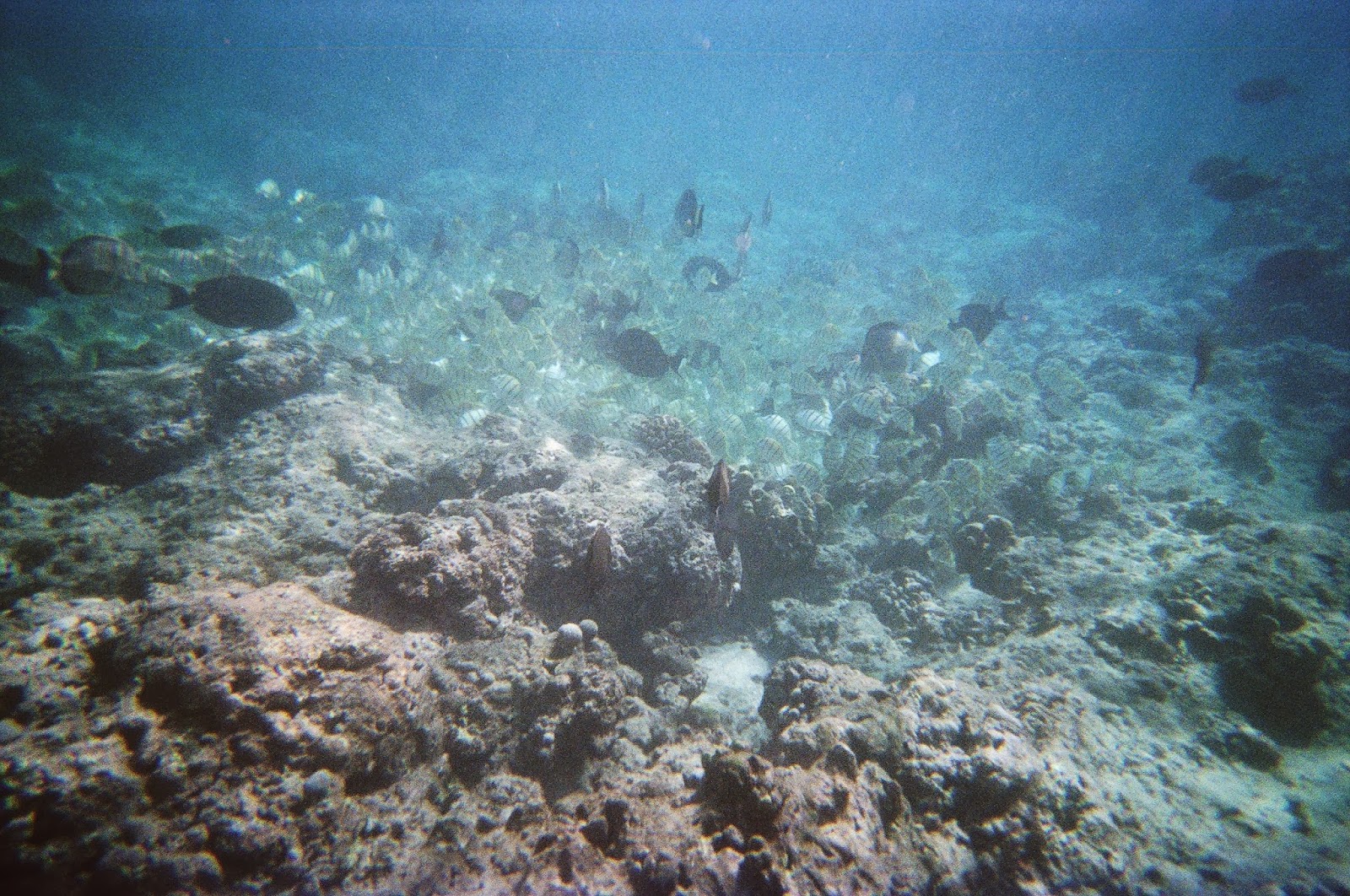 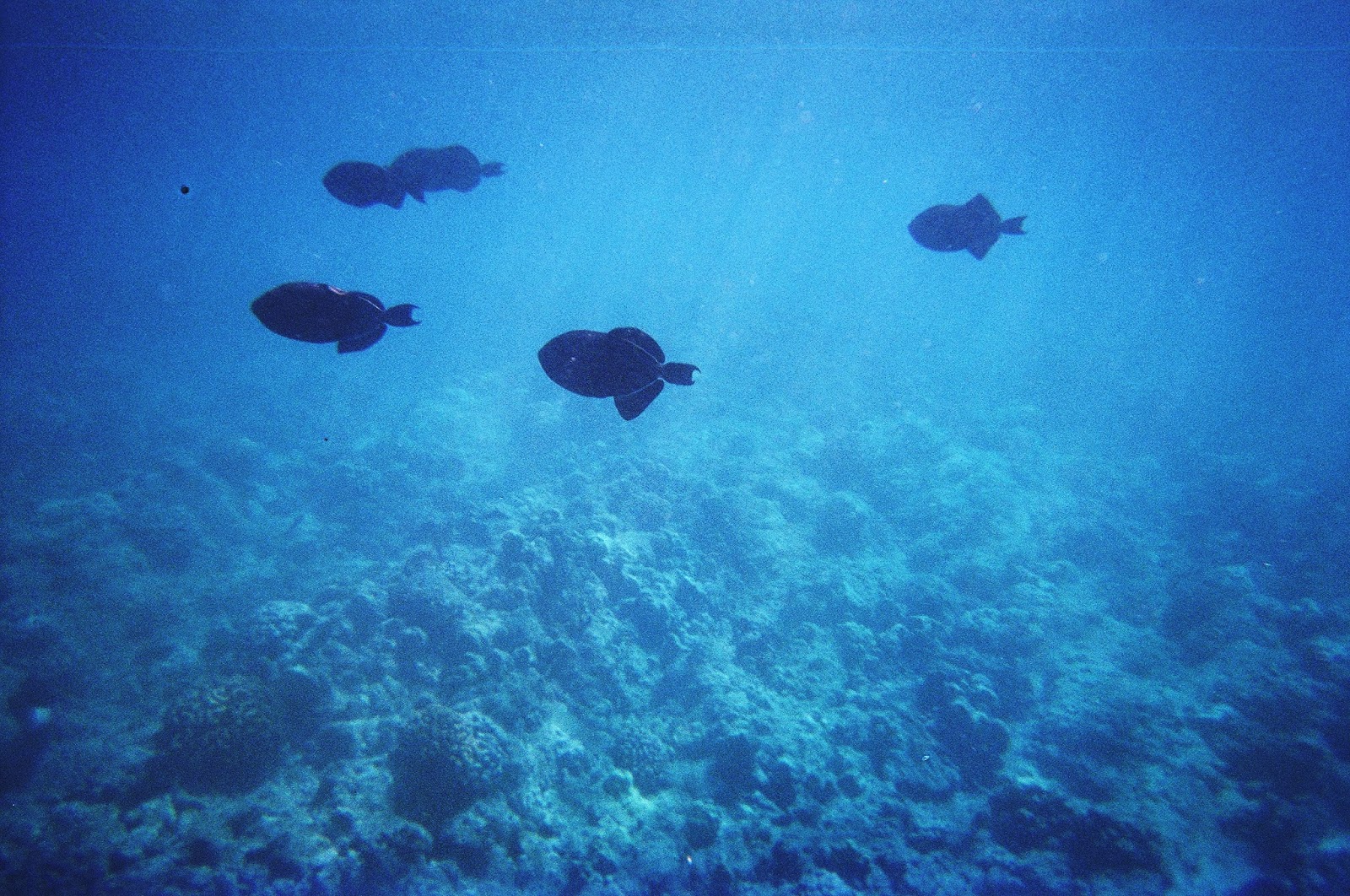 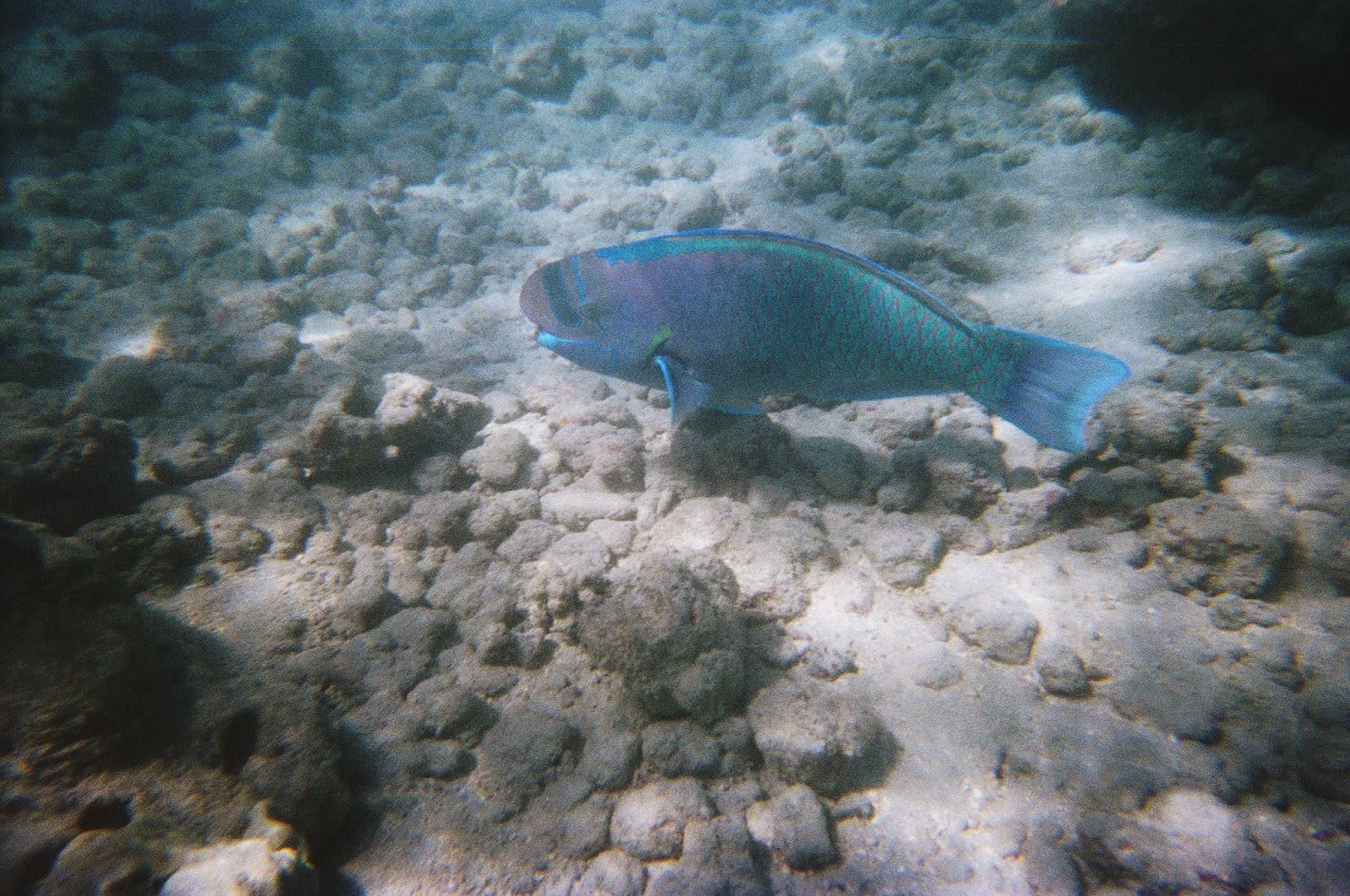 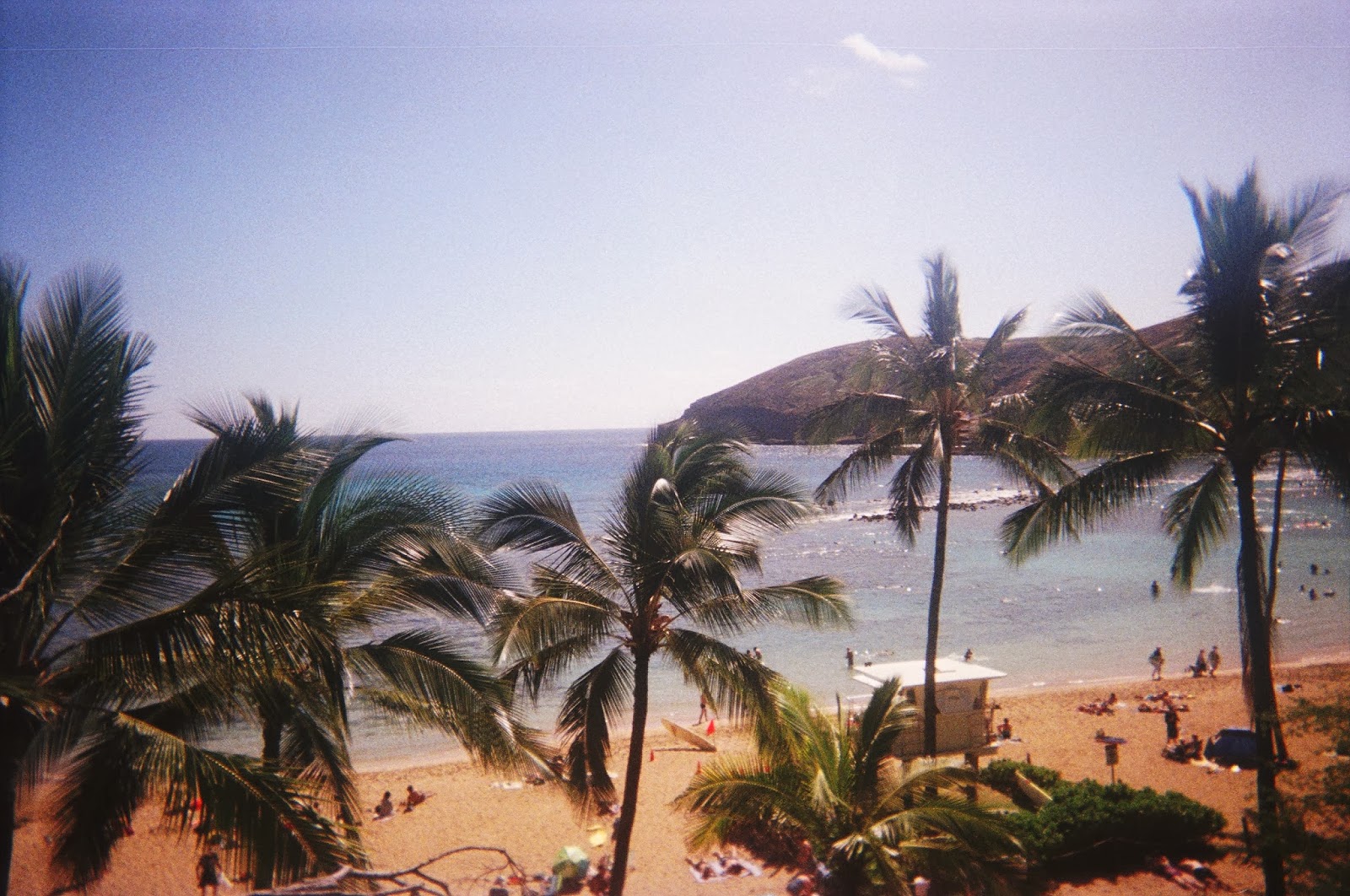 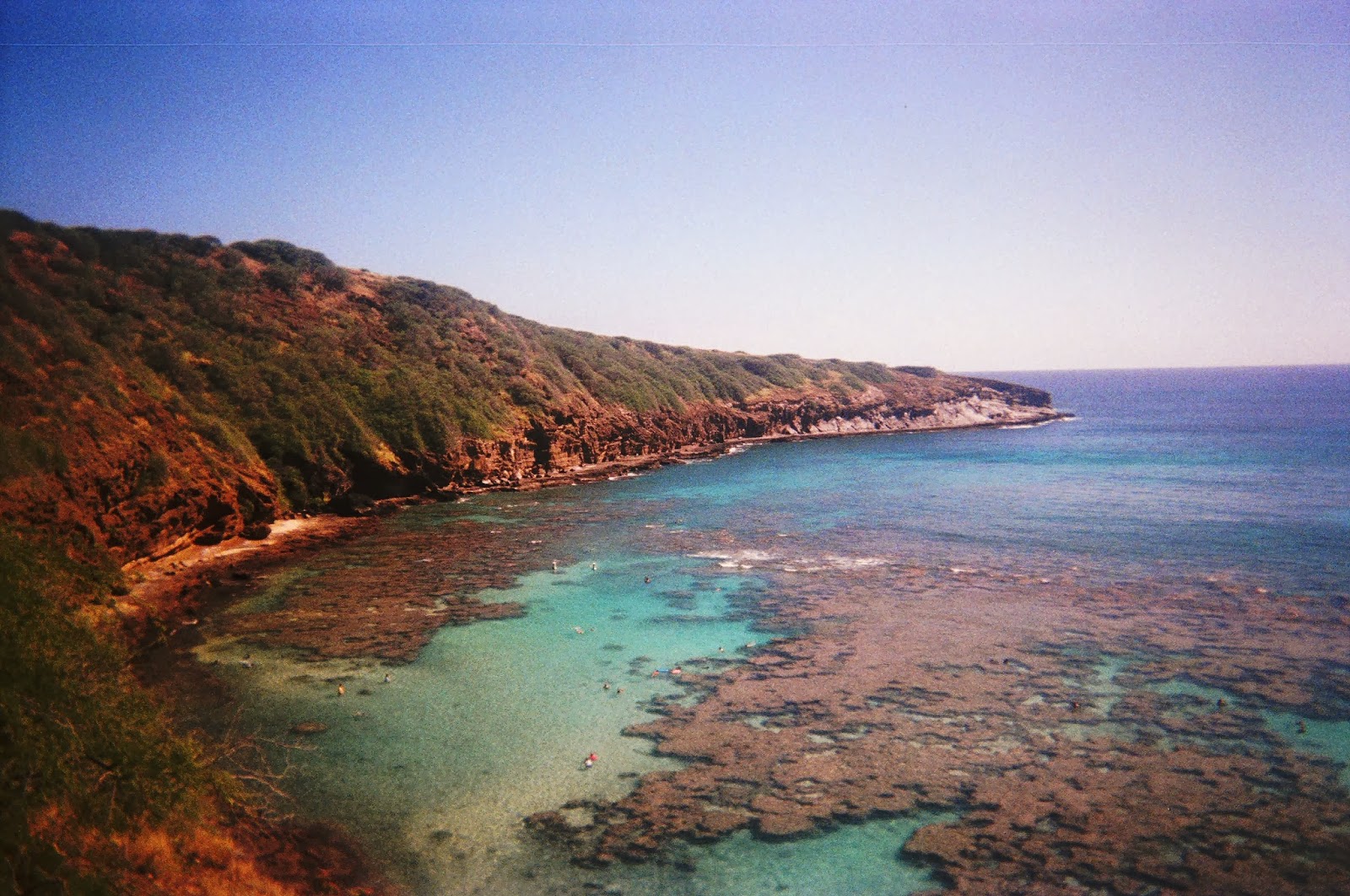 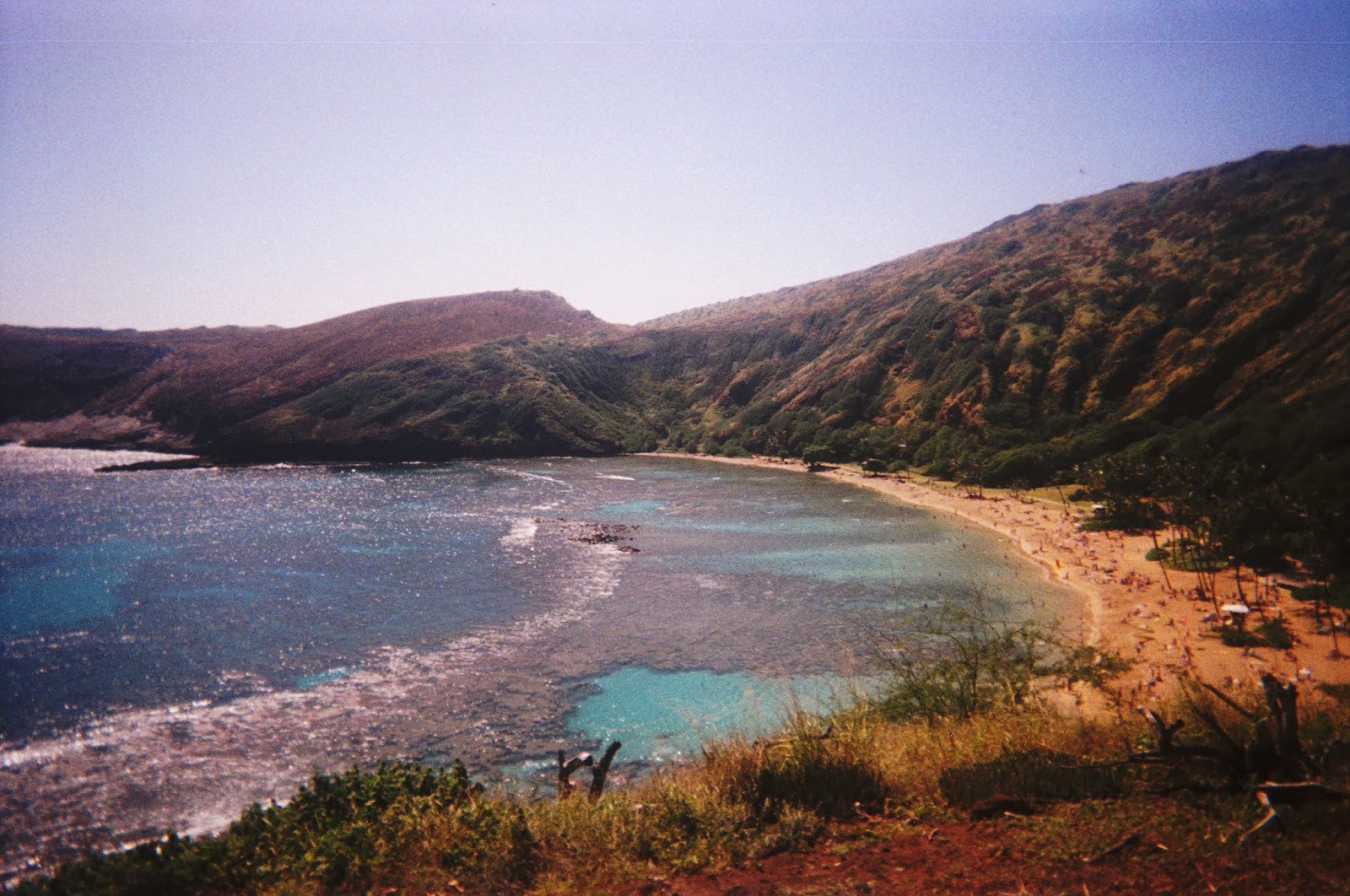 I honestly never thought I'd enjoy snorkeling. When I lived here I didn't want to go to Hanauma Bay because sharks occasionally come into the bay. But there hasn't ever been a documented attack in the bay. So last year when we decided to go I was still a bit apprehensive. But after spending hours in the water last year I had so much fun and was looking forward to doing it again, many times! So if you ever make it to Oahu you MUST go to Hanauma Bay! I promise you'll have a blast!

Today we did do something that made me happier than a pig in muck. This morning Michael called and booked 90 minute massages for us! When we got to the massage place we had our choice of who we wanted to give us a massage...I chose Jasmine...a lovely local girl. Michael ended up with a guy named Dimitri, who Jasmine said tends to beat up his clients because he has stronger hands. Not wanting to cry...I was happy that I called Jasmine before Michael could. I'm happy to report that I stayed awake the entire time...which is great because I've fallen asleep before and woken myself up because I was snoring! Embarrassing!

I think the best part of the massage was closer to the end when I flipped on my back so she could work on my legs...we started talking about food. She thought I was a local boy who just moved to Seattle. Nothing makes me smile more than when people think I'm local! But she gave me a bunch of good ideas where to eat while we were here.

After our massages we made our way back to the room and piled onto the couch to watch a movie. We've watched several movies since we've been here, and it's been so nice to just crash on the couch and tune out the world for a bit. Today we watched "The Butler." What a great movie! We did press pause towards the end so we could watch the sunset. And I'm happy to report that it was another marvelous sunset! 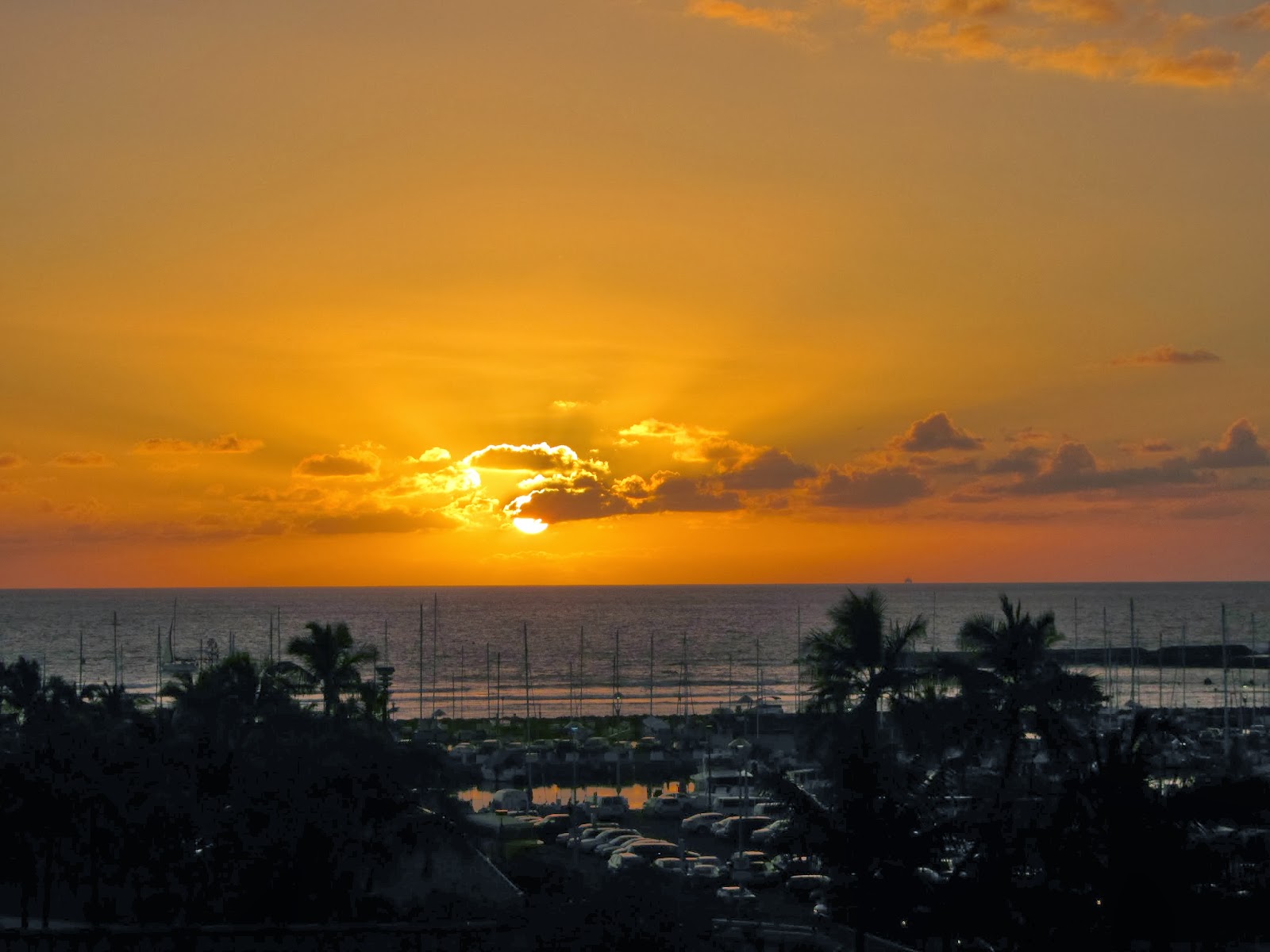 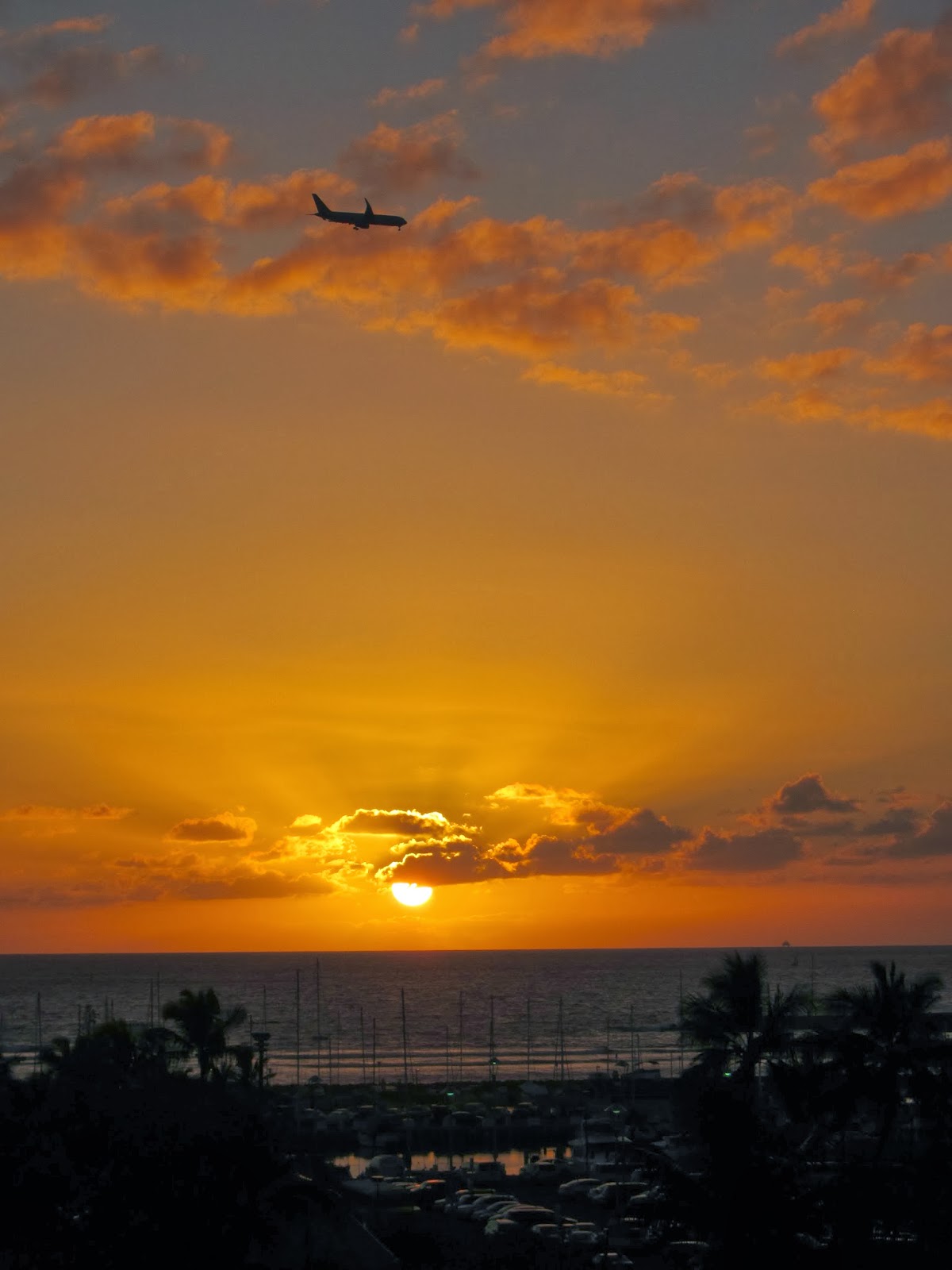 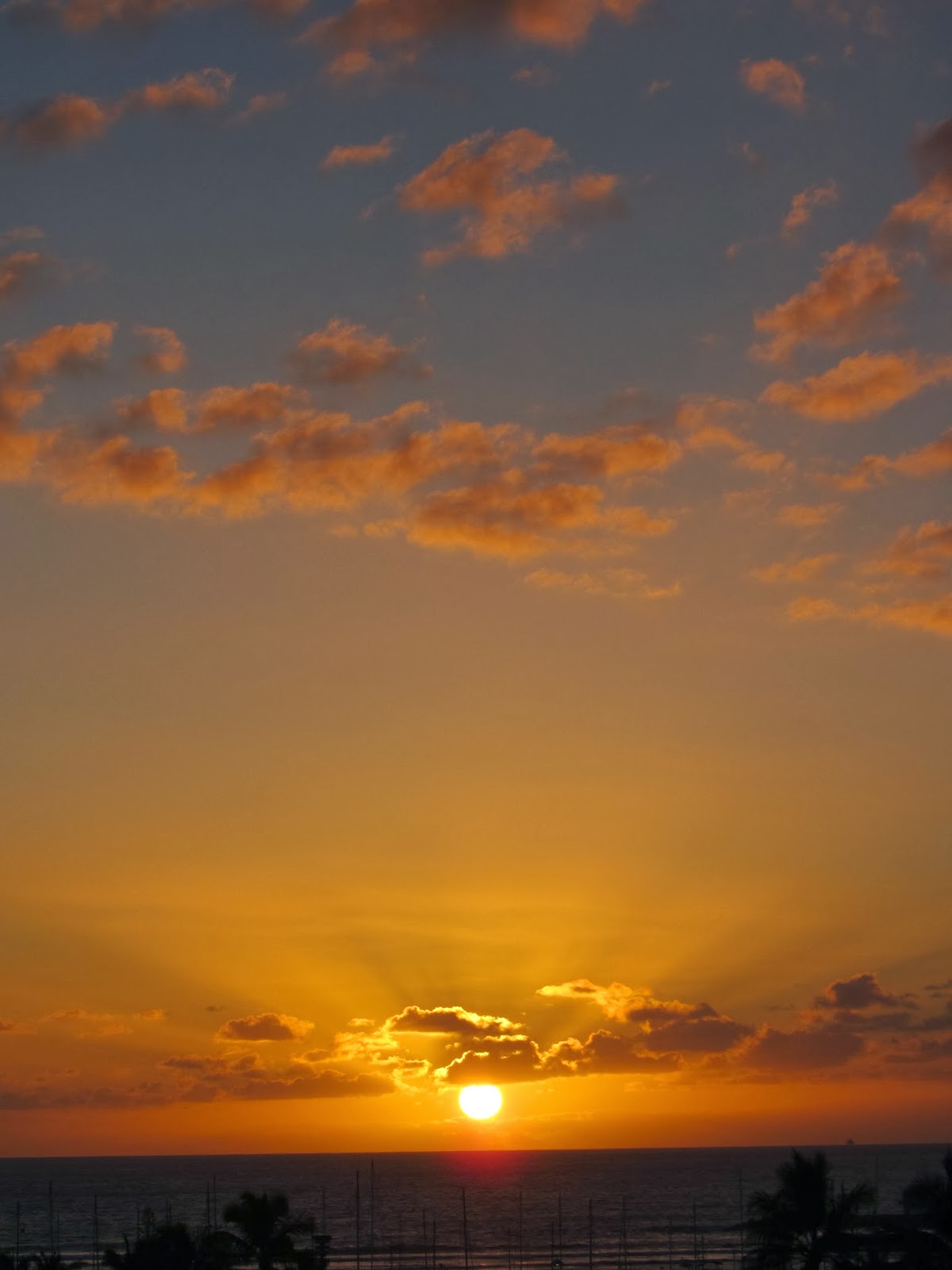 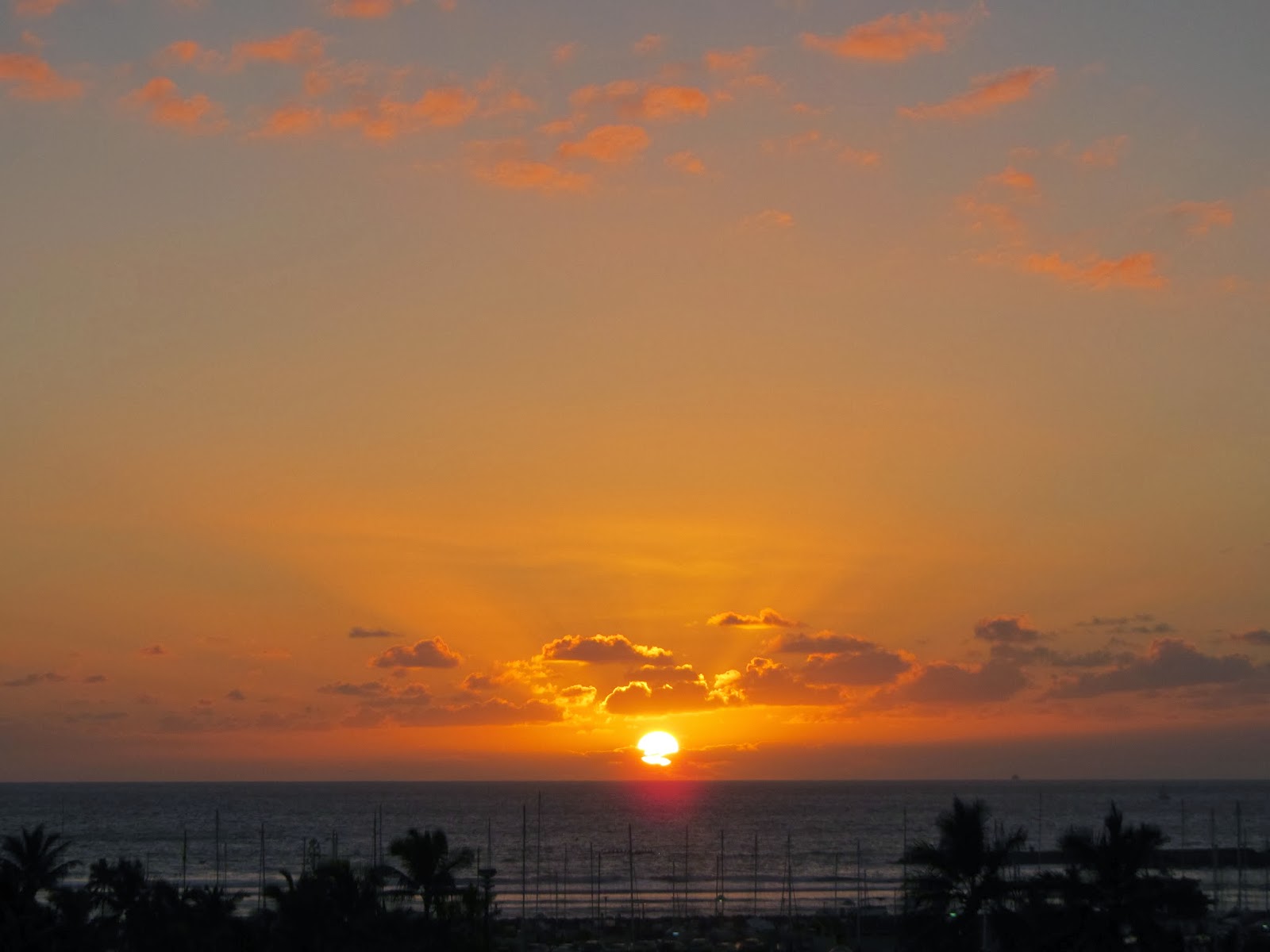 While the sun was setting we noticed some commotion going on below us on the street. Police cars began to pull up, along with a fire truck and an ambulance. We got ready to go for dinner and made our way around the Grand Waikikian tower to where the commotion was at. I'm not 100% sure of the details, but a young man either fell or jumped from one of the balconies on the opposite side of the building from us. He landed on the roof of the shop next to the tower and the paramedics and fire fighters were trying to get him out. We did see them put him into the ambulance, but whether he made it or not...I've not seen anything on the news.

Like I said, I'm not sure whether it was an accident or not. But if it wasn't an accident...it really makes me sad for him. To be at such a low point in your life that you decide to take your life...well...I wish that he could have gotten help. Being here in Honolulu we've seen numerous homeless people who clearly have mental illnesses. While we live in the greatest country in the world...we should be ashamed of the fact that we do not provide mental health support for our citizens.

My heart goes out to the family of the man who was involved in this tragic event.

Until next time...Keep Cooking.
Posted by The REAL Housewife of Snohomish County at 1:36 AM